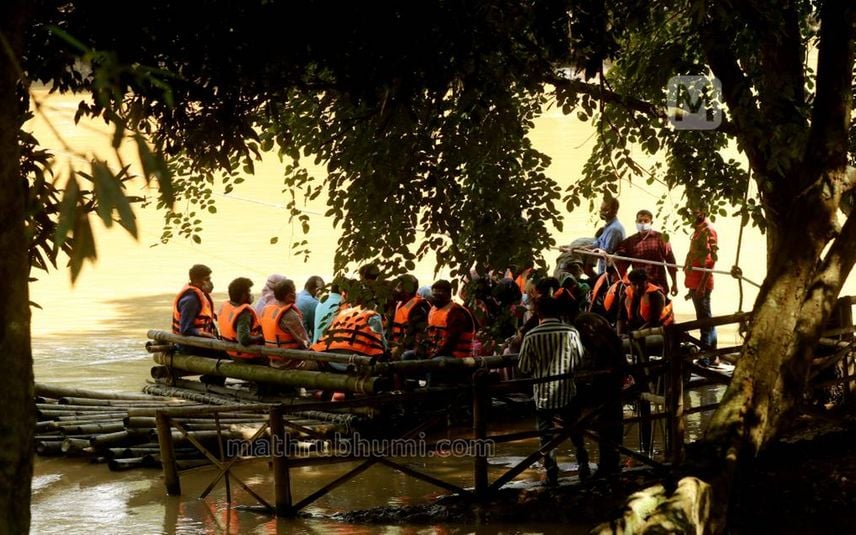 Mananthavady: Tourists flock the spectacular Kuruvadweep in Wayanad, despite restrictions imposed on visits here. However, a lot of visitors arriving on the island return without getting tickets daily.

As many as 55,573 travellers reached Kuruva island during the summer holidays. Following complaints lodged by the people residing near the island, the High Court had announced an intermediate order on March 22, 2019, banning entry for visitors to Kuruva island. Later the court permitted the entry of visitors from October 2, 2021, abiding to certain conditions.

The tickets are distributed through counters set up under the Department of Forest and District Tourism Promotion Council. The tourists who arrive from Pulpally region are allowed to enter via Pakkam, while those from Mananthavady can enter through the Palvelicham gate of DTPC.

Daily 575 tickets will be issued to the visitors arriving through both entrances.

A total of 10 bamboo rafts are deployed on the island for the river safari. The safari has been arranged under the control of DTPC. Through the river rafting service alone, DTPC received Rs 21 lakh during the summer vacation. Including both rafting service and ticket disbursal, the total revenue incurred from the island was Rs 65,40,272 in this period.

The prime attraction at the Kuruva island is the river rafting arranged by the DTPC here. 11,122 visitors have enjoyed rafting at Kuruva in the months of April and May.

Only Rs 100 has been charged for a 20-minute long rafting safari per visitor.

Currently, DTPC is planning to commence an adventure tourism project during the monsoon from Manathavady to Kuruva island, all to improve the revenue from here.