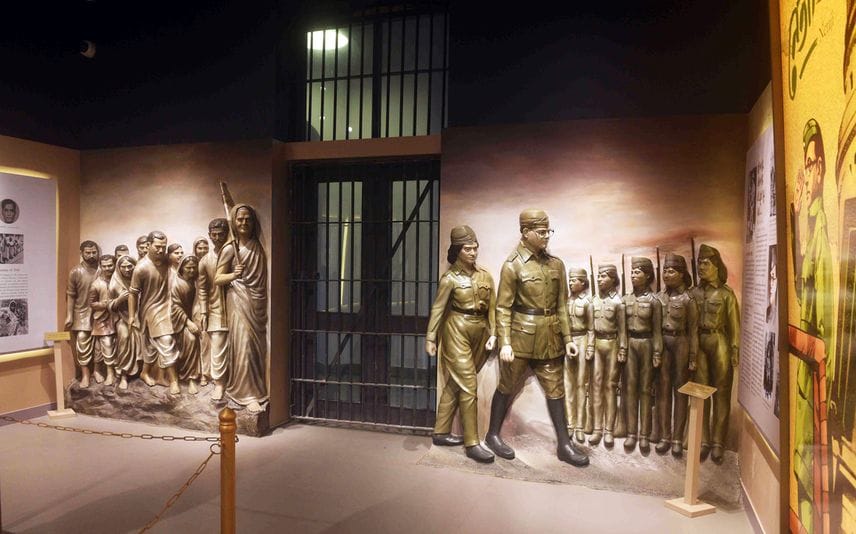 Kolkata: Alipore Jail in Kolkata has been converted into a museum in view of the 75th Independence day celebrations in the nation. The museum is dedicated to the countless freedom fighters who have laid down their lives in the jail to secure the country's freedom from British rule.

Before the conversion of this jail to a museum began all the inmates were shifted to the correctional home at Baruipur, which has modern facilities.

The 112-year-old high-security Alipore Central Correctional home was closed in 2019 for security purposes after all its inmates were shifted to other correctional homes. Repair and renovation work was then carried out and it was turned into a museum.

The jail had as its prisoners at various times freedom fighters and leaders like Sri Aurobindo, Netaji Subhas Chandra Bose, Pandit Jawaharlal Nehru, Kazi Nazrul Islam, Sarat Chandra Bose, Bidhan Chandra Roy and many other stalwarts during the Independence movement.

The dilapidated cells of the freedom fighters have been preserved, as also the old gallows of the jail and have been thrown open to the public.There is also a coffee house and food kiosks for visitors.

Live in an igloo, not in the Arctic, but in Manali