Turning its disadvantage of rugged terrain into an opportunity, the state government has devised a plan to promote off-roading, an activity which entails driving or riding a vehicle on unsurfaced roads or tracks, made of materials such as sand, gravel, riverbeds, mud, snow, rocks, and other natural terrain. 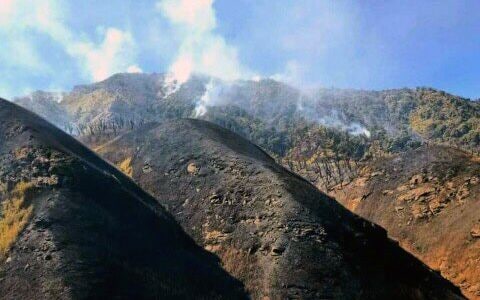 Kohima: Sturgis, a city in South Dakota, USA, has inspired the Nagaland government to use the state's rugged terrain and bad roads to its advantage and turn them into an off-roading business model which, officials said, has the potential to generate an annual revenue of Rs 100 crore once it hits the roads.

Turning its disadvantage of rugged terrain into an opportunity, the state government has devised a plan to promote off-roading, an activity which entails driving or riding a vehicle on unsurfaced roads or tracks, made of materials such as sand, gravel, riverbeds, mud, snow, rocks, and other natural terrain.

"We want to make Nagaland the off-road capital of the world. Sturgis, a city in the USA, generates a revenue of USD 800 million and sustains the livelihoods of 10,000 people through a 10-day motorcycle festival.

"We are going to do a similar thing here. We have good roads for off-roading and need virtually no investment in terms of infrastructure. All we need is to build capacities in villages. Once it's operational, it has the potential to generate Rs 100 crore revenue annually," said I Kitto Zhimomi, Commissioner and Secretary Tourism, Government of Nagaland on the sidelines of the International Tourism Mart being held in Kohima.

While the concept is in the works with a tie-up with Google to chart out the routes that can be used and with Wander Beyond Boundaries curating the circuits, a group of 10 people participated in a 10-day off-roading expedition in the interiors of the state in September.

"The off-roading trip of 10 people had them spend around Rs 20 lakh for the experience. We have to target homesteads in villages, raise funds for clean toilets and clean linens, that's it. We don't want volumes, we want the niche traveller to visit and experience off-roading," said Zhimomi, who has also brought out a coffee book on his concept.

He also said that the idea is to have around 10 such circuits each for 13 of its districts.

Nagaland, which is currently hosting the 9th edition of the International Tourism Mart, being organised by the Ministry of Tourism, saw over 1.12 lakh tourists during the Hornbill Festival in 2016. As many as 2.82 lakh travellers, including 3,015 foreigners, visited the state during the event in 2019.

The festival was celebrated virtually last year, amid the surge in COVID-19 cases in the country. This year's edition will begin on December 1.