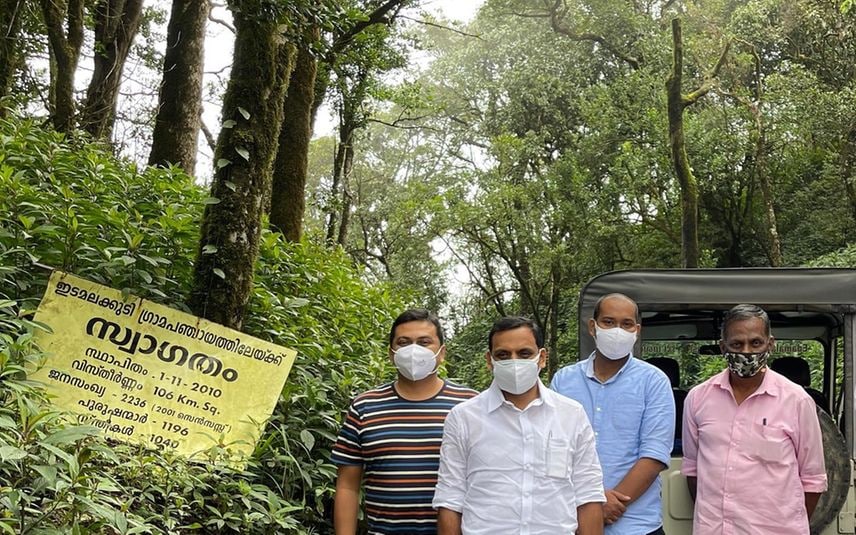 Munnar: MP Dean Kuriakose landed in a controversy after he took a ride to Edamalakudy, the one and only COVID free panchayat in the state, along with a YouTube channel owner. It is alleged that the MP violated the COVID protocol by unnecessarily bringing an outsider to the panchayat. The MP’s action created chances of an COVID outbreak in the tribal panchayat.

YouTuber named Sujith Bhaktan who reached Edamalakudy along with the MP entered the protected forest range and captured the visuals of the forest and the tribal people. AIYF members have lodged a complaint with police against the YouTuber and MP.

The MP and his team arrived at Edamalakudy on Sunday violating the complete lockdown restrictions. The MP claimed that he visited the panchayat to inaugurate the renovation of the Tribal Govt. School.

The YouTuber joined the MP and team for donating a TV to the school for online classes.

The incident came to light after the YouTuber shared pics of the trip on his social media pages. It is alleged that there is some mystery in hosting the inauguration on holiday.

CPM district secretary KK Jayachandran demanded to register a case against the MP and his team.

Edamalakudy, the first tribal panchayat in the state, has not reported any COVID cases so far. With the outbreak of the pandemic, the panchayat authority imposed strict restrictions banning entry of outsiders.

Responding to the allegations, MP Dean Kuriakose stated that he visited the place for the inauguration of the tribal school.

“My friend who is a YouTuber donated aTV to the school. I invited him to Edamalakudy. All allegations are politically motivated,” said the MP.