Ready to sail around the globe, Abhilash Tomy needs sponsors 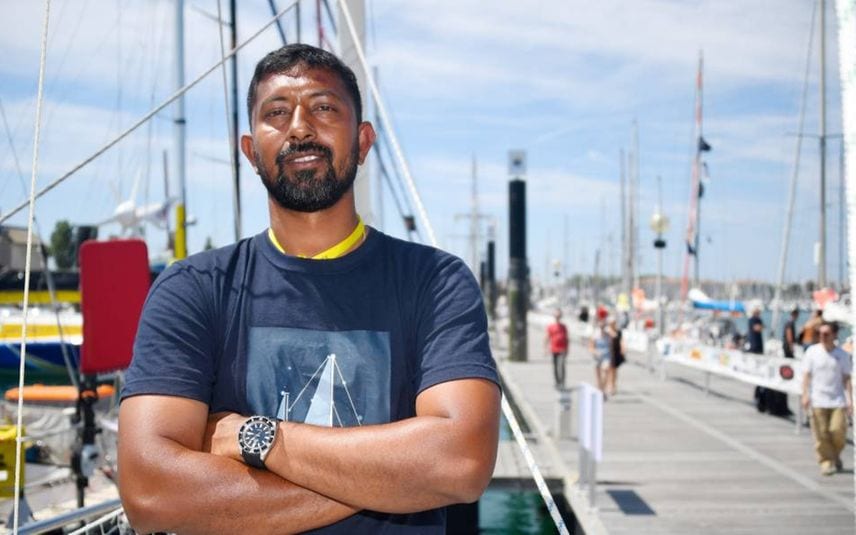 Nilambur: Retired Indian Naval officer and yachtsman Abhilash Tomy, the first Indian to complete a solo, non-stop circumnavigation of the world has been looking for sponsorship to sail more.To participate in the next Global Globe Race, he needs Rs 4 crores out of which Rs 45 lakhs had been already collected. Abhilash spoke to Mathrubhumi.com when he reached Nilambur to participate in the kayaking at Chaliyar river pad.

While talking about the expense of the Golden Globe Race in sailing yacht, Abhilash said that the race will start from France in September 2022 and end only after 10 months of travel through oceans and returning to the starting point. 30,000 nautical miles have to be covered in the journey and the expenses include travel, food, accommodation, expenses of boat and so on.

Abhilash had participated in the Golden Globe Race of 2018 and came third in the race as he met with an accident in between the journey. In 2018, he did not get any sponsorships and some of the debts still remain unpaid.

Abhilash was the commander when he retired from the Indian Navy in January, 2021. At first, he decided to spend his retirement life with family and to indulge in discussions with students. Later he participated in some competitions.

While serving in the navy, there was a boss to give commands and now it is my wife, Abhilash said with a smile.

In the Golden Globe Race of 2018, his sailing yacht was damaged in the wind that blew at a speed of 150 kilometres and the waves with more than 10 metres height. He sustained an acute back injury and spent three days in his yacht. He was taken to the hospital after 18 days. Even while lying in the hospital bed, he was thinking about the next Golden Globe Race.

He is confident in his skills and believes that he will be in the first three who finish the race, without extra training. However, the only impediment in the path is the expense.

When asked about his love for seas, Abhilash said that he forgets everything at sea, even about death.

Abhilash Tomy to contest in Golden Globe Race once again