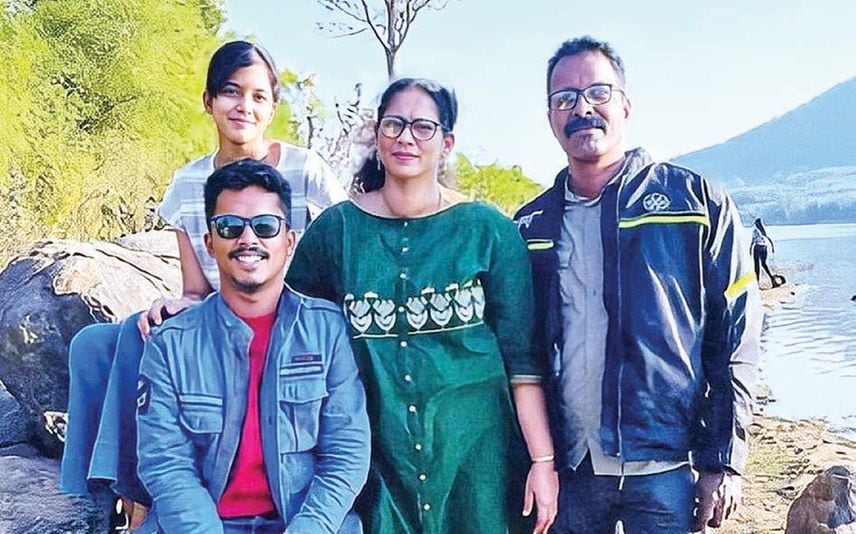 Vadakara: To express solidarity to our soldiers who guard the nation by struggling with the harsh climatic conditions, a family of four is all set for an all-India trip on two bikes. Vadakara Vallikkad native Rajeesh Paleri, his wife Shaija and children Vaishnav and Nihara will kick off their journey on July 16 from Kozhikode by braving heavy rain, scorching heat and freezing cold.

The thirty-five-day trip will be covered on a bullet and a Yezdi Adventure bike. The family has planned to visit the major military camps, monuments of the martyred soldiers and the military officers who were injured in attacks. Rajeesh is collecting the details of such places with the help of some military officials.

The family had planned to commence the journey after honouring the soldiers in their panchayat. For this, a programme was held at Vadakara on Saturday. On July 16, Major Ravi will flag off the trip at Kozhikode beach, after visiting the memorials of soldiers in Kozhikode and nearby locations.

The family will reach Jammu and Kashmir via Mangaluru, Goa, Maharashtra and Punjab. After staying at Kargil and Ladakh, they will head to Delhi through the Manali route. Rajeesh, Nihara and Vaishnav are experts in riding bikes.

They have decided to book places for accommodation two days before the journey. The family is expecting to cover 250 to 350 kilometres per day.