When the UN previously threatened to downgrade the reef's World Heritage listing in 2015, Australia created a "Reef 2050" plan and poured billions of dollars into protection. 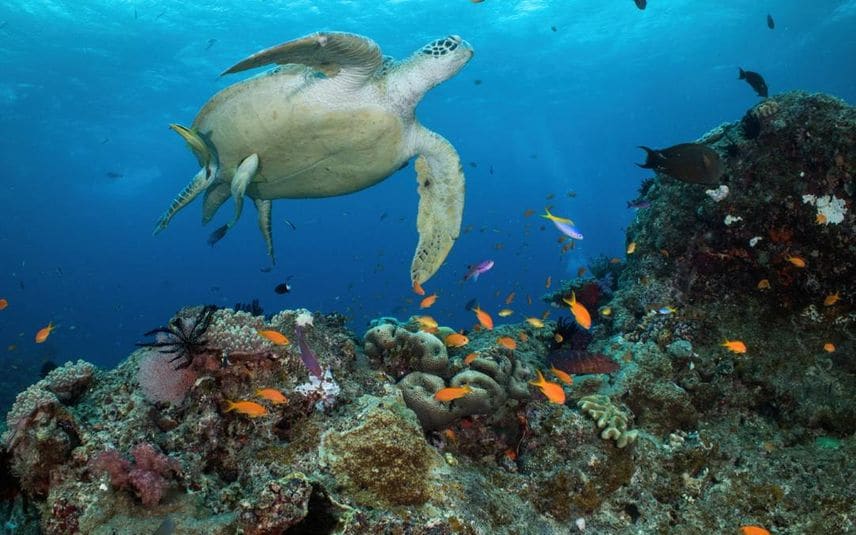 Sydney: Australia unveiled a billion-dollar package to protect the climate-ravaged Great Barrier Reef on Friday, hoping to prevent the vast network of corals from being removed from UNESCO's World Heritage list.

"We are backing the health of the reef and the economic future of tourism operators, hospitality providers and Queensland communities that are at the heart of the reef economy," Morrison said.

The move, welcomed by Paris-based UNESCO, comes ahead of a general election expected in May, when Morrison will have to win key Queensland seats near the reef to remain in power.

When the UN previously threatened to downgrade the reef's World Heritage listing in 2015, Australia created a "Reef 2050" plan and poured billions of dollars into protection.

The measures are believed to have arrested the pace of decline, but much of the world's largest reef system has already been damaged.

A recent study found bleaching had affected 98 percent of the reef since 1998, leaving just a fraction untouched.

The Morrison government's support for coal and reluctance to tackle climate change has seen the party bleed support in major cities and prompted the emergence of a string of electoral challenges from climate-focused independents.

Australians are overwhelmingly in favour of action to limit climate change, having experienced a string of global warming-worsened disasters such as bushfires, droughts and floods.

A 2021 poll by Sydney's Lowy Institute found 60 percent of Australians believed "global warming is a serious and pressing problem".

Eight in 10 Australians supported a net-zero emissions target by 2050, which the government reluctantly adopted ahead of a landmark United Nations climate summit in Scotland last year.

One of the world's biggest exporters of coal and gas, Australia's economy is heavily reliant on fossil fuels. Its political parties also receive significant funds from coal and gas-linked donors.

The Climate Council pressure group said this latest package of funding was like putting "a Band-Aid on a broken leg".

"Unless you are cutting emissions deeply this decade the situation on the reef will only get worse," said the Council's Lesley Hughes, a professor of biology at Macquarie University.

"Handing out cash for the Great Barrier Reef with one hand, while funding the very industry -- fossil fuels -- that's driving devastating climate impacts like marine heatwaves and coral bleaching, means they are adding to the very problem they are claiming they want to fix."

Bleaching occurs when healthy corals become stressed by spikes in ocean temperatures, causing them to expel algae living in their tissues, draining them of their vibrant colours.

The Great Barrier Reef has suffered three mass bleaching events during heatwaves in 2016, 2017 and 2020, leaving many affected corals struggling to survive.

Much of the government's latest package will be spent on preventing damaging agricultural runoff from polluting the reef.

About a quarter of the funds will be channelled to the Great Barrier Reef Marine Park Authority "to reduce threats from Crown of Thorns Starfish", which eat coral.

In Paris, UNESCO welcomed Australia "stepping up financial investment aimed at improving the safeguarding of the Great Barrier Reef".

But it said it was still planning to send an expert mission to the site for "an updated and independent" evaluation to be submitted by June.

"It is crucial to point out that that this assessment will be based on scientific facts and that it should not be subject to political instrumentalisation," the cultural body said.

The assessment would inform a future decision on whether to add the Great Barrier Reef to list of endangered heritage sites, it added.