India is known for its flora and fauna. But the northeastern region still remains one of the least travelled destinations despite its vast greenery and varied wildlife. Each of the region's eight state also offer different cuisines and uniqueness. 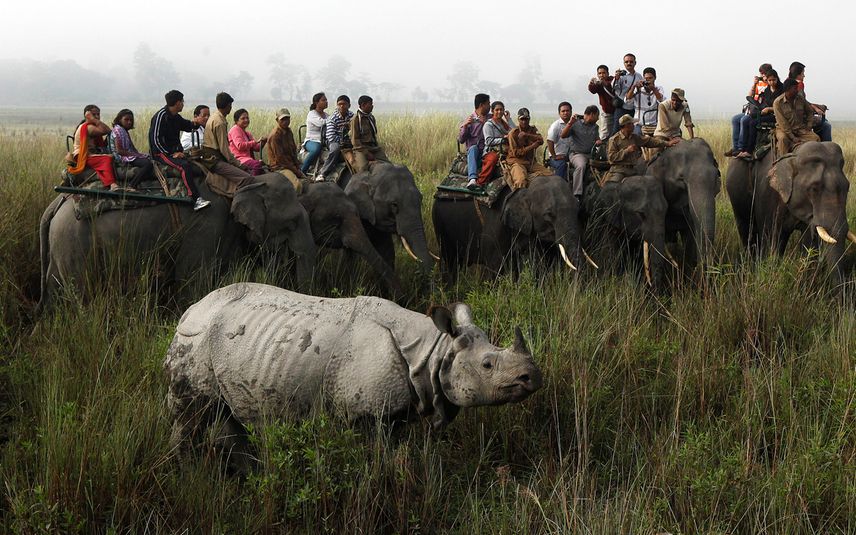 New Delhi: India is known for its flora and fauna. But the northeastern region still remains one of the least travelled destinations despite its vast greenery and varied wildlife. Each of the region's eight state also offer different cuisines and uniqueness.

This region has always been a hub of fascination, revealed an article in The Sentinel.

The region comprises the states of Assam, Arunachal Pradesh, Manipur, Meghalaya, Mizoram, Nagaland, Sikkim and Tripura, each with its own distinct history and identity. The region shares its borders with Bhutan, China, Myanmar and Bangladesh.

The Indian government has identified three core objectives for the region -- to preserve its dialects, languages, dance, music, food, and culture and to create attraction for it all across India; to end all disputes in the northeast and to make it a peaceful region; and to make the northeast a developed region and bring it on par with the rest of India.

The Central government is committed to the all-round development of the northeast region and making it an economic hub connecting Southeast Asia under the Act East Policy.

Some of the tourism resources include its heritage especially the tribal culture.

Many international tourists visit the northeast to know more about the locals and their culture. And it is quite fascinating that the culture is still intact. With more and more international tourists, a lot of development has taken place and along with many opportunities have come up which helps the tribal community to some extent, the newspaper wrote.

Bamboo and handloom products from the region are quite in demand.

Fairs and festivals also hold a special tourist attraction. For example, the Hornbill Festival of Nagaland attracts a lot of tourists.

The tourism industry is the largest service providing industry.

The rivers Brahmaputra and the Barak, thick jungle tracks, and heavy monsoons have together shaped the ecology, lifestyle and economy of the region.

In short, the northeast is an amalgamation of different races, culture.

As per report, tourism has increased steadily in the region since 2005. Among all the northeastern states, Assam attracts the largest number of tourists.

The two most famous tourist spots are the Kamakhya Temple and the Kaziranga National Park. Another reason for the maximum tourist attraction is that Assam is the gateway of the region except Sikkim.

Nagaland is the least visited tourist destination among all.

Maximum foreign tourists gather at Sikkim followed by Assam. But it is to be noted that there is a common misconception among people that the region is highly unsafe.

Hence, many international tourists are discouraged to visit the beautiful abode.

People do not know about the actual situation. The states are extremely safe, rather in many places it is women-dominated society.

The security situation has considerably improved since 2014. The year 2019 and 2020 witnessed the lowest number of insurgency incidents and casualties of civilians and security forces during the last two decades.