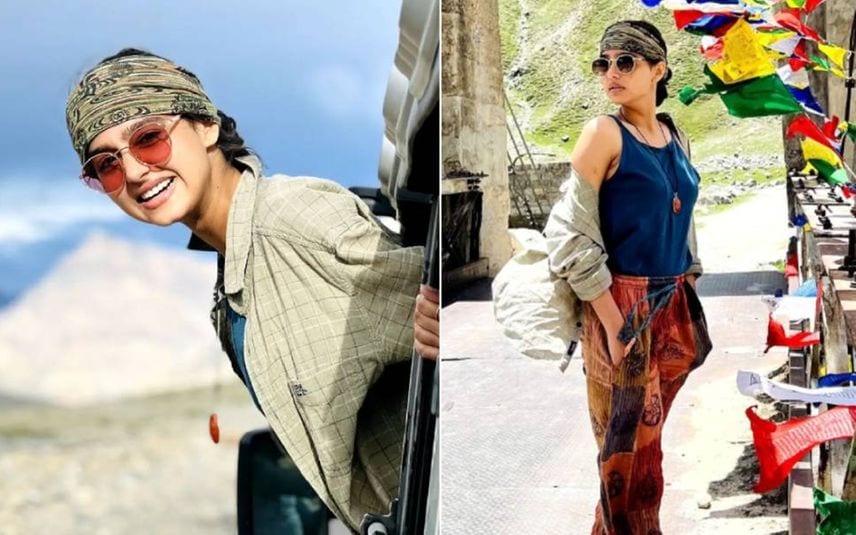 The charming and young actress of Mollywood Anaswara Rajan appears to have enjoyed her trip to the mountainous terrains of Himachal Pradesh.

Her snaps with the backdrop of cloud-clad horizone and mountains along with the rocky and sandy topography grab the attention of any travel lover. In the pictures and videos captured from Kaza, she seemed wearing a shirt over a tank top and multi-coloured trousers. In addition to this, the tagelmust ( a kind of headscarf) that she wore elevated the look of her hippie-style outfit.

Anaswara posted a cheerful video combining short video content of the journey, with the background score of the ‘Patakha Guddi’ song from the movie ‘Highway’, which reminds the role played by Alia Bhatt in the film.

Anaswara entered the film industry after playing a role in the short film ‘Globe’. Later, her performances in the movies, ‘Udaharanam Sujatha’, ‘Thanneermathan Dinangal’ and ‘Super Sharanya’ made her a well-adored actor in Mollywood.

A month-long folk festival in Hyderabad, ...