The test missions expected by this year-end and mid-2021 will validate ISRO's crew module and its systems. 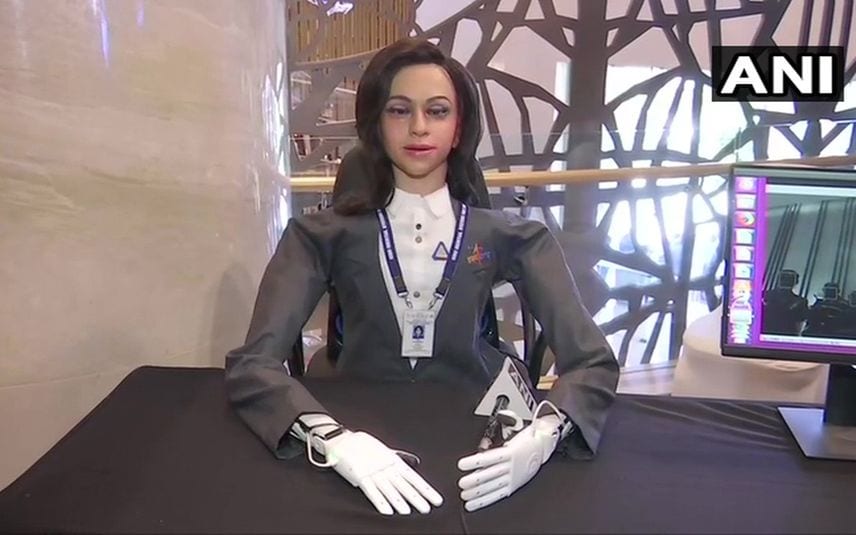 The robot -- Vyommitra -- was unveiled by the Indian Space Research Organisation (ISRO) in Bengaluru on Wednesday. It is called half-humanoid since it does not have legs, though it can bend forward and sideways.

According to ISRO, Vyommitra can recognise humans and answer questions as well as carry out some experiments. It can monitor biological parameters and operate switch panels and life-support activities. Vyommitra can also converse with astronauts.

ISRO Chairman K. Sivan had said that two test space missions would be carried out before sending three Indian astronauts into space sometime in 2022.

The test missions expected by this year-end and mid-2021 will validate ISRO's crew module and its systems.

Meanwhile, the Indian Air Force (IAF) is shortlisting four astronauts to get trained in Russia for the purpose.