The rocket was made with carbon fibre and four 3D printed engines and its single stage was powered by solid fuel.

At about 11.30 a.m., Vikram-S flew away from ISRO's sounding rocket launch pad at ISRO's rocket port in Sriharikota in Andhra Pradesh. 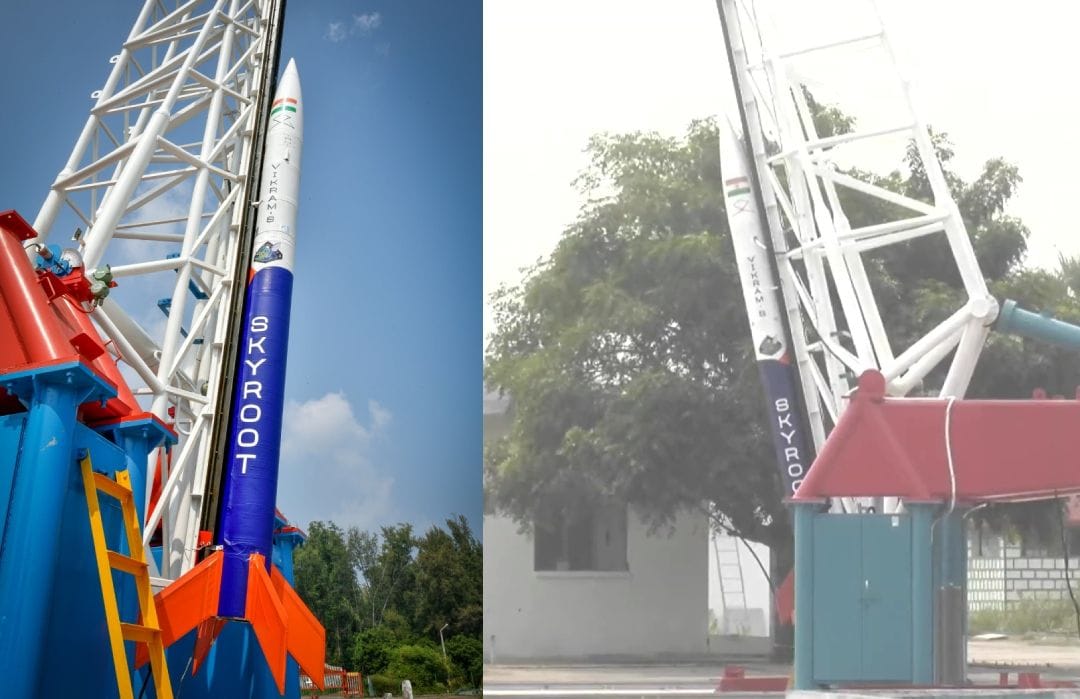 The rocket reached an altitude of 89.5 km and then safely splashed down in the Bay of Bengal.

In about 300 seconds, a new space history was made in India.

The mission will help validate the technologies that will be used in the subsequent Vikram-1 orbital vehicle of Skyroot Aerospace that is planned for launch next year.

Thanking Prime Minister Narendra Modi for his decision to open up the space sector for private participation, Singh said: "It is a turning point in the Indian startup movement."

He also congratulated Indian Space Research Organisation (ISRO) for adding one more feather in its cap.

The Chairman of the Indian National Space Promotion and Authorisation Centre (IN-SPACe) Pawan Goenka said the rocket mission was successful.

Goenka said all the systems had worked as planned and congratulated the Skyroot Aerospace team.

Skyroot Aerospace's CEO and Co-Founder Pawan Kumar Chandana said the mission's objectives have been achieved and dedicated the mission to the late Vikram Sarabhai, father of the Indian space sector.

With this a new chapter in the annals of Indian space history has begun and also the end of ISRO monopoly in the satellite launch segment.

Incidentally, it is ISRO that is actively assisting the private players in ending its own monopoly offering its facilities for testing as well as for launching the rockets and satellites.

The fee charged by ISRO for the rocket launch and tracking services is reasonable, Chandana said.

He said the ISRO provides integration facility, launchpad, range communications and tracking support before and during our rocket launch.

"The maiden launch by a new startup has significantly enhanced the credibility for Indian private space players around the globe. The capability that the sector has been claiming has been demonstrated in Space,” Lt.Gen. AK Bhatt, Director General, Indian Space Association said.

He said that India's space economy is set to grow to $13 billion and the space launch segment is estimated to grow the fastest by 2025 at a CAGR of 13 per cent which will be further spurred by growing private participation, latest technology adoption and low cost of launch services and this launch is a major landmark for this growth to take place in the coming years.