New rules to prevent misuse of social media; WhatsApp users have nothing to fear: Union Minister 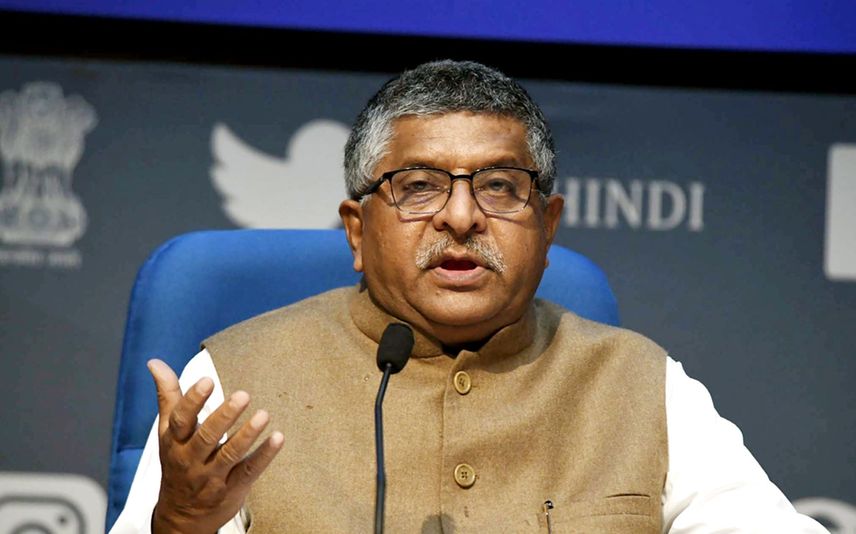 New Delhi: Union IT Minister Ravi Shankar Prasad on Thursday said WhatsApp users have nothing to fear about new social media rules, that are designed to prevent abuse and misuse of platforms, and offer users a robust forum for grievance redressal.

Prasad said that the government welcomes criticism including the right to ask questions.

"The rules only empower the ordinary users of social media when they become victims of abuse and misuse," Prasad posted on homegrown micro-blogging platform Koo, and also tweeted.

The government fully recognises and respects the right of privacy, he asserted.

"Ordinary users of WhatsApp have nothing to fear about the new Rules. Its entire objective is to find out who started the message that led to commissioning of specific crimes mentioned in the Rules," Prasad added.

The new IT rules require the social media companies to set up an India-based grievance redressal officer, compliance officer and nodal officer "so that millions of users of social media who have a grievance get a forum for its redressal", he said.

The obligation to reveal the originator of an offensive message already in circulation relates only to offences relating to sovereignty, integrity and security of India, public order, rape, and child sexual abuse.

"That too when other less intrusive measures are not effective," the Minister said.

The government on Wednesday had strongly defended its new digital rules, saying the requirement of messaging platforms like WhatsApp to disclose origin of flagged messages does not violate privacy, and went on to seek a compliance report from large social media firms.

The new rules, announced on February 25, require large social media platforms -- defined as those with over 50 lakh users in the country -- to follow additional due diligence, including appointment of chief compliance officer, nodal contact person and resident grievance officer.

The new, tighter regulations for social media firms requires them to remove any content flagged by authorities within 36 hours and setting up a strong complaint redressal mechanism with an officer being based in the country.

Significant social media companies will have to publish a monthly compliance report disclosing details of complaints received and action taken, as well as details of contents removed proactively. They will also be required to have a physical contact address in India published on its website or mobile app, or both.

Under the rules that would make digital giants more accountable for the content hosted on their platform, companies will have to take down posts depicting nudity or morphed photos within 24 hours of receiving a complaint.

Non-compliance with new IT rules would result in these platforms losing their intermediary status that provides them immunity from liabilities over any third-party data hosted by them. In other words, they could be liable for criminal action in case of complaints.

Twitter, in a statement on Thursday, has expressed concern over "use of intimidation tactics by the police" after the microblogging platform gave a manipulated media tag to tweets by a BJP leader. Twitter said it is concerned about its employees in India and the "potential threat" to freedom of expression.

In its first official statement after the Delhi Police visited the company's offices in Delhi and in Gurugram on Monday, Twitter said it will continue to be strictly guided by principles of transparency, a commitment to empowering every voice on the service, and protecting freedom of expression and privacy under the rule of law.

Earlier this week, WhatsApp filed a lawsuit in the Delhi High Court challenging the new digital rules on grounds that the requirement for the company to provide access to encrypted messages will break privacy protections.

The government has emphasised that the new norms will not impact normal functioning of the popular free-messaging platform, and the IT Ministry has turned up the heat on significantly large social media companies such as Facebook, Twitter, YouTube, Instagram and WhatsApp asking them to report their status on compliance with the new rules, which have come into effect.

The ministry in a statement on Wednesday had termed WhatsApp's last moment challenge to the IT rules as an unfortunate attempt to prevent the norms from coming into effect.

The UK, the US, Australia, New Zealand and Canada require social media firms to allow for legal interception, it had said, adding "What India is asking for is significantly much less than what some of the other countries have demanded".