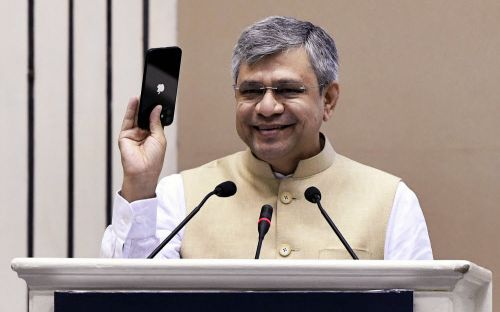 "This is a realisation of PM's vision. His vision is to have our own 4G and 5G technology stack developed in India, made in India for the world. We have to win the world with this new technology stack," Vaishnaw was heard saying in the video call.

According to the Prime Minister's Office, the project has been developed at a cost of more than Rs 220 crore. The Test Bed will enable a supportive ecosystem for Indian industry and startups which will help them validate their products, prototypes, solutions and algorithms in 5G and next-generation technologies.

"Large and medium-sized railway stations will all be redeveloped. Gandhinagar (in Gujarat) and Rani Kamlapati (in Madhya Pradesh) Railway Stations are today world-class," he said.

"We are taking up many more stations. In Tamil Nadu, we are taking up Chennai Egmore, Madurai, Katpadi Junction, Rameswaram, and Kanyakumari; close to Rs 2000 crore of investment," he added.

The minister said that objective is to maintain the heritage and make it world-class for it to be the hub of economic activity.

Earlier on Thursday, Vaishnaw said the 4G and 5G network developed in India is an attempt to prove Prime Minister Narendra Modi's resolve toward a self-reliant India.

Spectrum auction to be conducted soon; 5G service to be launched be year end: Govt in RS

Chennai: Union Minister for Railways, Communications, Electronics, and Information Technology Ashwini Vaishnaw on Thursday made the first 5G call on a ..

Detroit: Tesla CEO Elon Musk gave the strongest hint yet Monday that he would like to pay less for Twitter than his USD 44 billion offer made last month ..

Elon Musk, the world’ s richest man, is spending $44 billion to acquire Twitter with the stated aim of turning it into a haven for "free speech."There's ..