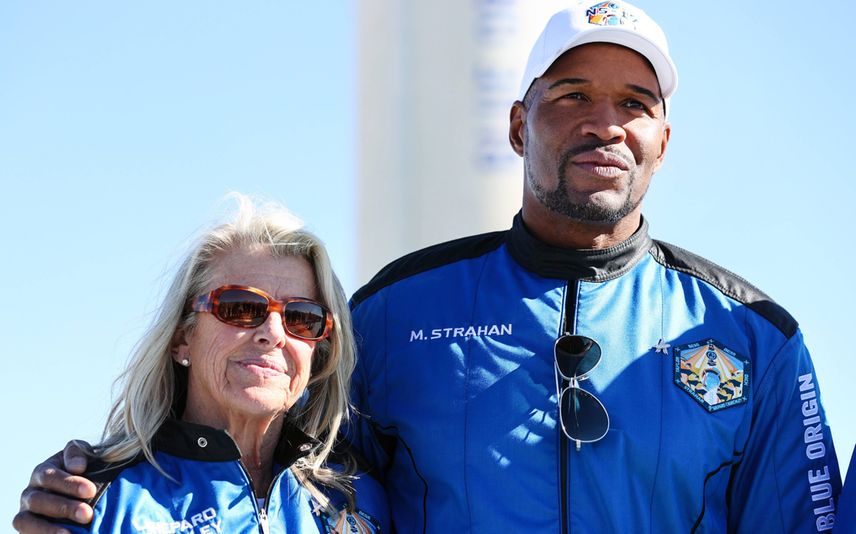 Washington: Amazon founder Jeff Bezos' space firm Blue Origin on Saturday launched Crew-3 flight to a 11-minute ride to suborbital space and back, after clearance from the US Federal Aviation Administration over the company's safety culture.

The flight launched a little after 8.45 a.m. CST (8.15 p.m. IST) from Launch Site One in West Texas. The launch initially set for December 9 was delayed to Saturday due to bad weather.

The third flight to suborbital space is the first to carry six astronauts to space, as the last two missions carried only four.

The typical 11-minute flight carried the crew members far above the Karman line - an internationally recognised boundary of space that lies 62 miles (100 km) above the Earth's surface.

"It represents a message he strongly believed in, that each of us lives a long and healthy life, with a vision of the future for peace, tolerance and unity," the tweet said.

The flight was also dedicated to Glen de Vries, who flew to space on Blue Origin's second human flight. The co-founder of the clinical IT software giant Medidata Solutions, died in a plane crash last month.

"We dedicate the #NS19 flight to the memory of Glen de Vries. His passion and dedication will not be forgotten. #AdAstra Glen," the tweet said.

Meanwhile, the flight comes just after the FAA confirmed that it closed an investigation into Blue Origin's safety culture without finding any substantial issues, the Verge reported.

The FAA, which is responsible for issuing licenses for commercial rocket launches, started looking into the company in early October after 21 current and former employees at Blue Origin published an essay alleging a culture of rampant sexual harassment and safety concerns with the company's rockets.

The essay, penned by former Blue Origin head of employee communications Alexandra Abrams, argued that employees are too scared to speak about safety violations over fears of retaliation, the report said.

It is New Shepard's third human flight this year, the sixth for the programme in 2021, and the 19th in its history.

Blue Origin blasted off its second human flight to space on October 13, with the original Star Trek's Captain James T. Kirk (actor William Shatner) who became the oldest man ever to travel to space, along with NASA engineer Chris Boshuizen, Glen de Vries, a co-founder of software company Medidata, and Audrey Powers, Vice President of missions and flight operations.