When a film becomes a touch of solace...

It's not just a coincidence that the palliative care movement, the legacy of Kerala to the third world, gets reflected in the blood vessels of the film 'Saving One Who Was Dead'. 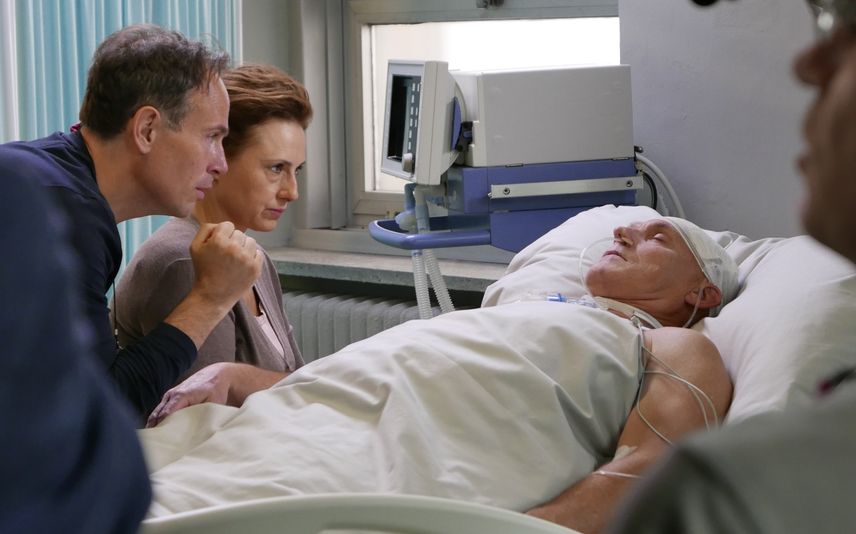 Everyone gets shattered when the notice is put up by the inevitable death. It creates a vacuum that simply can't be filled. And all of us turn to prayers as a means to save our dear ones from imminent death. But can these prayers bring the dead back to the earth? How can we really save them? 'Saving One Who was dead' the film by Václav Kadrnka, the Czech director, puts forth the heartwarming vision of liberation. The liberating vision of deep love and care. The film, which won the silver peacock award in the 52nd Goa International film festival, has been scaling new heights these days.

It's not just a coincidence that the palliative care movement, the legacy of Kerala to the third world, gets reflected in the blood vessels of the film 'Saving One Who Was Dead'. There is an obvious reflection of similarities of attitudes. The realization, that it's not the institutionalized world of medical treatment, but the touch of solace embedded with empathy and love that liberates our dear ones from the precipice of death, has been gaining acceptance across the world. Václav Kadrnka portrays heart-wrenchingly the same truth that there is nothing greater than this touch of solace and love in the last journey of every human being. It is the path of resurrection. It is the removal of death.

It is nothing but the determination of a son and mother to take care of the father who lies motionless like the meditating Budha. It's not religious prayers that this film puts forth as the means of liberation. The palliative care movement, which was founded in Kerala by a group of dedicated health care workers including Dr M R Rajagopal, Dr Suresh Kumar and P K Ashok Kumar could be proud of the fact that their vision of a non-religious spirituality gets resurrected as the alternative way in a film that comes from the Check Republic, a post-Soviet-European nation.

I don't have any clear cut idea if the Palliative care movement is that strong in the Check republic. But the film by Václav does give the impression that such an awakening is global indeed! Palliative Care is something that breaks the chains of territories and time. It has been here from time immemorial. Its metamorphosis into a movement was a step in the evolution of science and attitudes. It is an adventurous journey that embraces the hard reality of death with non-religious spirituality.

In the beginning, there was no Malayalam equivalent for Palliative care. Santhwana Sparsham (touch of solace) came into being in the 90s. That was the result of togetherness.

That was the era when the health care segment was fast turning into a business that turned the hospitals as fatal as the cure for death. The darkness that was engulfing the world was catching up like a celebration and it was at that critical juncture the Palliative Care sprang up from the valley of the department of Anaesthesia in the Calicut Medical College. Václav's film is a salutation to this great movement.

The question of why such a film has not been made in Kerala is highly relevant. The truth is that it's indeed difficult! The path of Odessa shown by John Abraham is no longer in existence. Mainstream films have become the myopic world of the stars, the producers and the directors. When these flooding waters poison the vision, the spectators are forced to drink from it and dance to the tune of this darkness. The ways of defence raised by the alternative films are no longer visible. In fact, palliative care is the need of the hour not only for those who are on the death bed but for the alternative world of films as well. The future hope of films lies very much in that.

My Film is My Experience: Václav Kadrnka

My mother and I had to persuade some doctors to let us stay in the ICU for a longer time to talk to my father. Usually, they give you some time but we wanted more (6-7 hours every day) because we knew we would bring him back and needed time. Doctors didn't like it very much but my mother persuaded them.

We had no idea what to say to him. The nurses told us very basic information like bring something he likes (tennis ball because he plays tennis), play his favourite music into headphones but that was it.

They didn't tell us what to say to him because it's impossible to pre-conceive. And also everybody and every soul react differently. We had to figure it out. So first we talked to the body - open your eyes, move your hand...but it didn't work so we talked to the mind - concentrate, give your body direction. The words just came to us. We didn't plan anything,

We just wanted him back so much! It was also very important not to push him, so we gave him the freedom to decide.

What was really important was that we did not judge anything even though we didn't like many things in the hospital. We agreed we would accept everything the way it is and not complain. This was crucial. Because we've noticed when we started to show strong emotions like anger or fear, my father's numbers on the monitor went wild. He could feel our emotions, our energy. We had to remain calm, in control, which was very hard but we managed.

Basically, you work with your fears. You have to overcome the fear of death. That's the hardest thing to do. But if you manage miracles happen. Everything is about Faith! We had no doubt my father would come back! But fear was present, of course. The only way to make it disappear is through love.

So yes, resurrection through love is an amazing tool. After my father opened his eyes and started to talk he told me: 'Václav, have no fear of what is there, look forward to it, it is something wonderful. This life is just the first page...'