PM on the roads, who is in the dock?

The prime responsibility, to implement the Blue Book instruction and to ensure the protection of the Prime Minister, lies squarely with the State governments. In the present case, the Punjab government has clearly failed in its duty. Mussolini said democracy is a kingless regime, infested by many kings, who are more exclusive and tyrannical than one if he were a king. 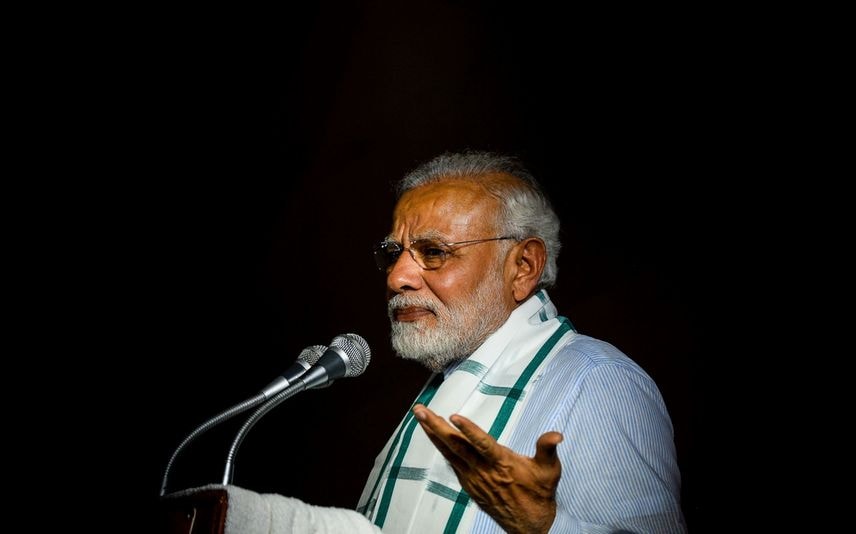 Flying over all norms of democratic propriety, the flyover roadblock, created by the orchestrated blindness or the contributory negligence of the Punjab authorities, has raised a host of questions, which the man on the street would rightfully want to be answered. How secure is the common man, if the Prime Minister himself is at the mercy of a guileful crowd or a vile government? Are the security norms more honoured in the breach than the observance? Is the Special Protection Group, the pampered lot of white elephants, who do not act when action is called for? Can the state government remain a weathercock, when democracy is waylaid on the highways? Who will guard our guardians, if the Prime Minister can be held hostage on the street? What sanctity is there for article 19 of the constitution which guarantees freedom of movement? How can the nation move, when you immobilize the Prime Minister? When democracy degenerates into mobocracy, holding even the Prime Minister captive to strong-arm tactics, where should the common man turn to, for his sense of security? Should 138 crores of Indians throw up their hands in despair and echo Shakespeare,' The fault, dear Brutus, is not in our stars/But in ourselves, that we are underlings?'. If the light of democracy is put out in India, darkness will spread throughout the world. The proverbial stitch in time is what we need. If the PM is on the roads, who is in the dock? No blame game, no post mortem. People have a right to know the truth.

Who is in the dock, for waylaying the Prime Minister of India, on the flyover in Punjab. Law and propriety say in unmistakable terms, the Government of Punjab. Who can believe that the state police did not know of the crowd of protestors on the PM's route? Videos show that the state policemen were enjoying tea, while the protestors were blocking the Prime Minister's carcade. The 'protectors' seem to have merged with the protestors. This is not a simple matter. It has international ramifications and national implications, of a grave nature. Punjab is a border state, highly vulnerable to the Machinations of Pakistan. Fomenting trouble in Punjab as the first step towards destabilization of India is on top of the agenda of our enemies. We cannot overlook the recent IED blast at the district courts of Ludhiana. The time chosen for blocking the Prime Minister in the streets of Punjab cannot be seen as irrelevant. Punjab is going for elections, soon. National leaders of various political hues will visit Punjab, regularly. By threatening the Prime Minister, is the state government giving a wild message to their political detractors 'tremble and obey' like the Chinese emperor of Yore. Of course, something is rotten in the state of Punjab.

Let us begin from the beginning. The Special Protection Group, the glorified SPG, should clearly state what is special about them. Can they protect? If not, what sort of guards are these, asks the common man. Of the holy Roman empire, it was said it was neither holy, nor Roman, nor was it an empire at all. Should the common man start thinking about the SPG in a similar vein? Members of the SPG are chosen from the best and the bravest among the BSF, CRPF, CISF, ITBP. They were made 'special 'by an act of Parliament in 1988 and given tough training and competence building. They were to guard VVIPs, but in 2019 the law was amended restricting their protection services to the Prime Minister alone. If everything fails by design or default, the SPG should be able to protect the Prime Minister. They can even resort to firing if need be and they have fired and killed a student and injured another in the Sagar railway station (MP) in 2000 when there was a deliberate security breach.

Instead of passing value judgements, let us go back to the 'Blue Book' bible of VVIP security in India. As a former District Collector and Secretary to the state Chief Minister, in charge of the police, this author had the occasion to deal with the VVIP security for more than three decades. The 'Blue Book 'lays down, in detail, the steps to be taken to ensure the security and protection of the VVIPs.The Composition of the Prime minister's cavalcade is clearly defined in the Blue Book. There is an advanced pilot warning vehicle, followed by a technical car, VVIP car, spare car and other mandatory vehicles, like that of the district magistrate and other authorized functionaries. The VVIP escort cars 1 and 2 should be of the same make and colour. Wherever required (as per scale )the main and the spare car should be bulletproof. A thorough check has to be done on the route as a means of antisabotage measures, particularly at culverts, bridges and drains. In case a change of route is necessary, due to unforeseen circumstances, contingency plans are to be worked out.

The prime responsibility, to implement the Blue Book instruction and to ensure the protection of the Prime Minister, lies squarely with the State governments. In the present case, the Punjab government has clearly failed in its duty. But, when the state's Chief Minister has stated that 'he would die for the Prime Minister', he may be trying to make private amends for a public lapse. But there are serious acts of omission on the part of the various stakeholders, who are responsible for the Prime Minister's security. Let us hear, straight from the horse's mouth. The former DGP of Punjab, PC Dogra, along with former IPS officers of Punjab, has written to the Rashtrapati it is not only a casual approach displayed by the state government but there appears to be a clear involvement of state functionaries which has resulted in this horrific incident of security breach. Look at the earlier cases of similar breaches, in the VVIP security, in India. In the 24 Parganas district of West Bengal, there was a serious security lapse, when the crowd of Matuas, broke the security barricades and advanced towards the podium, where Prime Minister Modi was addressing a rally. He had to cut short his speech and the security commandos had to whisk him away to safety. A near stampede was also averted providentially.

Public memory is short. But it is not time to forget the serious security lapse, which occurred in Trivandrum, the capital city of Kerala, where the then Prime Minister, Manmohan Singh was taken to an uncharted road before the authorities could realize the security lapse. The political trivia may raise the puerile question, what if there is a security lapse. Well, the political historian will give him a befitting reply. The first World War began on a small security lapse. Archduke Ferdinand of Austria, on a state visit to Bosnia, was shot at, though unsuccessfully. Sensing the security threat, his return was organized through a different route. Quite unaware of the change in route, the mayor who accompanied the duke, ordered the driver to reverse the car and take the original route. One of the killers saw to his delight, the prey at point-blank range and shot him dead. Thus began the First World War. All for a lapse, the war was fought. Irony has it that the tighter the security, the lesser the safety. Buckingham Palace, where Her Majesty lives under full proof security, once had a surprise visitor at the dead of night, in her bed-chamber. He could easily elude all the security cordons within the palace and sip a glass of royal wine, comfortably in the palace bar, before he was stopped by the queen's maid.

Is fact imitating fiction? In Frederick Forsyth's Day of the Jackal, the killer escapes the security net, disguised as a retired soldier on crutches and is shot dead, at the nick of time, before he could shoot down the French President De Gaulle. In Kerala, the insolent local leader of the city was audacious enough to gate crash(street crash) into the cavalcade of the President of India.

Only an impartial inquiry will bring out the truth. The sacred tenets of Indian federalism should not be trashed on the street. Responsible citizens want a responsible government. We the people are for democracy, not mobocracy. It's a bane for India if democratic governments start patronizing hooliganism as a means of statecraft. If it is Punjab now, it was Bengal a few months back which insulted the Prime Minister and made even its bureaucracy ignore the premier of the land.

People expect the elected governments to respect the constitutional authorities and honour those who symbolize the power of the people. Democracy cannot be sustained through flexing the muscles and flaunting the purse. Don't you hear the common man's voice 'look before you leap'? If you act in haste, you can repent at leisure. Or are you bent on bringing the fascist curse of Mussolini on dear democracy? Mussolini said democracy is a kingless regime, infested by many kings, who are more exclusive and tyrannical than one if he were a king.

No PM photo on vaccine certificates in poll-bound states