World Algae Day - Algae a promise to the future world

More than 50% of all oxygen production on earth is done by algae and for this reason it is to be remembered that “our lives depend on algae.” 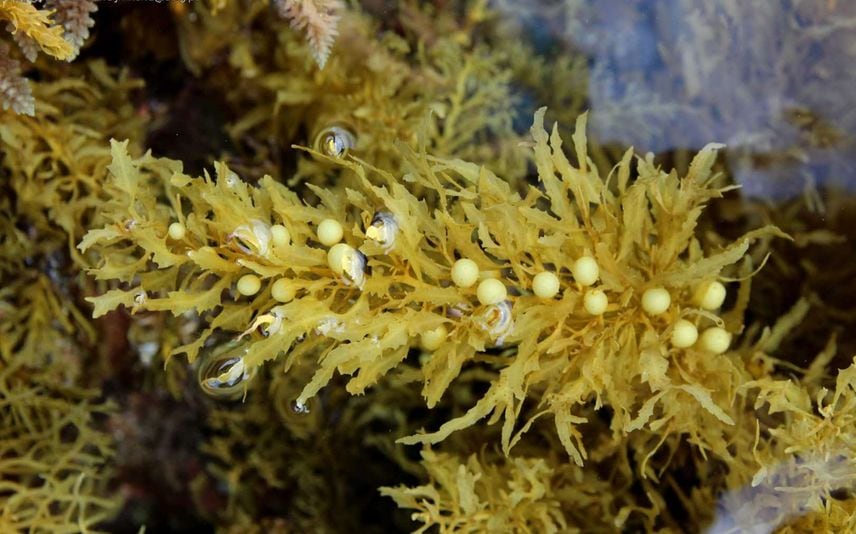 Starting from 2017, the October 12 is celebrated as “World Algae Day” every year. The celebration of this meaningful day is initiated in 2017 by a German biologist and algae researcher, Jörg Ullmann.

Unfortunately, we human beings appreciate and commemorate days for every resource that is given by the mother nature that sustains our civilization. However, so far there is no credit given for the organism that is responsible for producing half of the oxygen on Earth, for every second we breath; and for maintaining the quality of water resources, for every mouthful of clean water we drink and yes, it’s time to think and know more on yet another incredible creation on Earth!

Let’s look on to the enormous ways we Humans should Thank Algae!

More than 50% of all oxygen production on earth is done by algae and for this reason it is to be remembered that “our lives depend on algae.” There are many more to be reminded and realized for their immense supports to us. Given that the total biomass of the world’s algae is but a tenth of the biomass of all the other plants, the efficiency of the algae is impressive.

Those who love seafood should thank the algae because algae are the primary producers upon which aquatic ecosystems depend. Thanks should come from all who are vegetarians or omnivores, because all land plants derive from a freshwater class of green algae that depend directly or indirectly on land plants for food and often for shelter as well.

In an era in which the consumption of fossil fuels is a prime topic of concern, few people realize that the oil we currently exploit comes mostly from Cretaceous deposits of marine algae. Algae are also a source of active pharmaceutical compounds that can be used against drug-resistant bacterial strains, viruses (including Herpes Simplex and AIDS), and many forms of cancers.

Algae are among the fastest growing plants in the world, and about 50% of their weight is oil. This lipid oil can be used to make biodiesel for cars, trucks, and airplanes. Microalgae have much faster growth rates than terrestrial crops. Algae can be grown almost anywhere.

Microalgae are used in many different sectors, like the food industry. It is astonishing from a physiological point of view that to date only approximately 30 microalgal species are economically used. Microalgae are thought to enhance the nutritional content of conventional food and thus positively affect the health of humans and animals.

Some microalgal species are established in the cosmetic industry and pharmacy. During the last three decades, several investigations have described the algal bioassays in response to environmental perturbations and their use as indicative organisms of water quality.

Scientists in the early 1960s has published a composite rating of organisms such as: Euglena, Oscillatoria, Chlamydomonas, Scenedesmus, Chlorella, Nitzschia and Navicula, which could be used as indicators of water pollution, whereas the presence of different organisms such as Lemanea, Stigeoclonium and certain species of Micrasterias, Staurastrum, Pinnularia Meridion and Surirella would indicate that the water sample would be considered unpolluted.

The International Energy Agency expects that biofuels will contribute 6% of total fuel use by 2030, but could expand significantly if undeveloped petroleum fields are not accessed or if substantial new fields are not identified. The high growth rates, reasonable growth densities and high oil contents have all been cited as reasons to invest significant capital to turn algae into biofuels.

On the other hand, the use of macroalgae as a potential source of high value chemicals and in therapeutic purpose has a long history. Recently, macroalgae have been used as a novel food with potential nutritional benefits in industry and medicine for various purposes.

Furthermore, macroalgae have shown to provide a rich source of natural bioactive compounds with antiviral, antifungal, antibacterial, antioxidant, anti-inflammatory, hypercholesterolemia and hypolipidemic and antineoplasteic properties. Thus, there is a growing interest in the area of research on the positive effect of macroalgae on human health
and other benefits.

Taking the case of Microalgae, they may serve as a continuous and reliable source of natural products, including antioxidants, because they can be cultivated in bioreactors on a large scale. Furthermore, the qualities of the microalgal cells can be controlled, so that they contain no herbicides and pesticides, or any other toxic substances, by using clean nutrient media for growing the microalgae.

The value of microalgae as a source of natural antioxidants is further enhanced by the relative ease of purification of target compounds. Cyanobacteria- Blue Green Algae have been identified as one of the most promising group of organisms from which novel and biochemically active natural products are isolated.

Cyanobacteria such as Spirulina, Anabaena, Nostoc and Oscillatoria produce a great variety of secondary metabolites. The only comparable group is actinomycetes, which has yielded a tremendous number of metabolites. Cyanobacteria also have good potential as a food. Dried Arthrospira (Spirulina) is sold in the market as a health food with annual sales estimated at $40 million. Cyanobacteria can also have application as fuel producers.

Some examples of algae together with their functional ingredients and possible effect on human health.

Roses are pretty and oak trees are impressive, but no other groups of “plants” have done so much, for so long, and, for so many as have the algae!

Most people are not at all aware of the importance of algae. This lack of appreciation of the world’s most important plants is not surprising. Many people consider algae as a “nuisance” such as a big problem in local lakes, fishing holes, or even personal swimming pools, or as insect-covered seaweed litter on the beach or as contaminants in tropical fish tanks, or even worse, as red tides poisoning our seafood and/or us. The enormous ways we humans can be benefited from algae are yet to be explored!

The objective of celebrating World Algae Day is to inspire and to show specially the younger generation the meaning and potential of algae, which remain quite unknown.

The study of algae is called phycology, and a person who studies algae is a phycologist. In India there are several Universities and Research Institutes that focus on these unexplored creations – Algae and that also not so familiar with students!