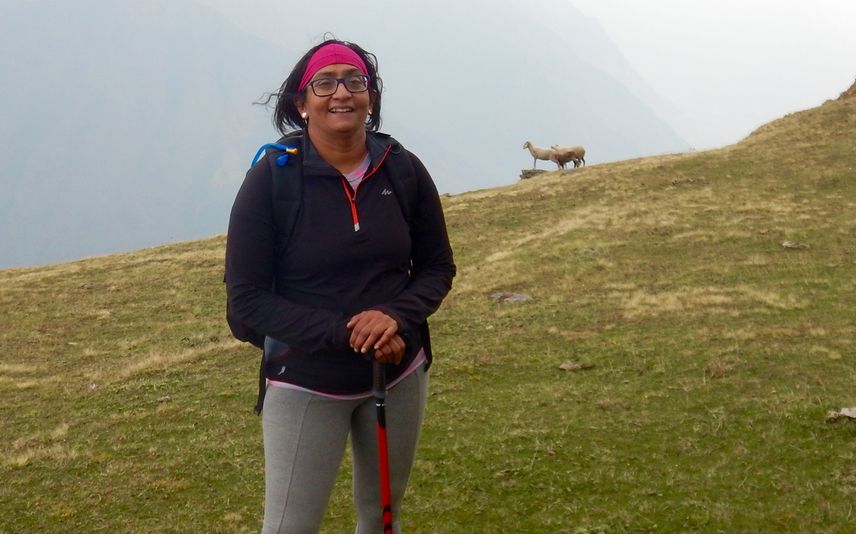 Vidya Deshpande is a journalist with three decades of experience in print and broadcast journalism. She works for the Bennett University and has written extensively on environment, social development, public health, lifestyle, food and travel. She also experimented with a startup that offered assistance to women for leisure travel. She talks to Mathrubhumi about the latest innovations in the Tourism sector and how it can benefit the country’s women.

Can you explain how you have initiated a women-only tourism venture?

When I started 6-7 years ago, it was a niche segment. There were practically no players except just one company. We not only encouraged women travelling solo but also women engaging in adventure sports. In a country like India, it is very difficult for women to travel for leisure, leaving their families behind. Travelling alone is still a taboo for women in this country. But when they are travelling with a group of like-minded women, it reduces the concerns of their relatives. It did work well also and now a lot of people are offering women travelling packages in the market. It is a good trend, as it offers limitless opportunities for Indian women to travel and explore.

What was the response across age groups?

Usually, the woman who approached me belonged to the age group of 35-55. Of course, there were younger and older women on the trips conducted by us. But what I have noticed is that women who have kids and family are turning up to explore and have more travel experiences. Solo travel is also rising among Indian women. Women are preferring more to travel alone rather than being with a group. But the issue is our country is not offering safe public spaces to women. Whereas while travelling with a group, it is not an issue. Slowly some states are providing safe places for women, and in such states, more women are turning up for solo travel.

Do you think the government has to intervene in encouraging women to travel more?

Tourism is one of the industries which was very badly hit by the pandemic. People have just started to travel again. The biggest thing that governments must do is to ensure safety. It is one of the paramount things, which will encourage women to undertake leisurely travel. Therefore, the governments must step in and ensure that the tourist spots are safe. Not only tourism spots but offbeat places where people turn up in large numbers should be made women-friendly. Already the Indian tourism sector is notoriously known for cheating and molesting women travellers, which should be curbed.

You have also been in the education sector, what is your opinion on bringing tourism as a subject in the curriculum of our universities?

It should be initiated in our universities. At least a detour of the entire country must be put in place in our universities like the Bharat Yatra meant for IAS trainees. The youngsters in the country don’t appreciate what we have and our heritage. We can inculcate such wisdom only through travel. The government of India has such a programme, where they take a fixed number of college students for a trip across the country, every December. But it’s inadequate. If every college implements such an idea, then it would be great because travel is the greatest education. Travelling will break several of our wrong preconceived notions about village life in our country. Rural tourism must be encouraged. It not only benefits the youngsters but also the villagers who often migrate to cities for employment. It not only provides employment opportunities to the youth in the village but will also benefit the village economy. Villages in our country have huge tourism potential if they can showcase their unique heritage and cultural identity. Some states are already doing it, Nagaland is able to effectively utilise the Hornbill festival for tourism. Their villages are also the cleanest in the country. I have been to a village called Khonoma, which is famed for being the cleanest village in the country. You can even see 16–to 17-year-olds sweeping the streets of the village, which was a fascinating sight. Even states like Kerala, which is blessed with lush-green small villages, can do very well in rural tourism.

Do you think we can connect the digital India initiative with the tourism industry?

On social media platforms like Instagram, people are posting pictures of the holiday destinations that they have visited. Social media is the biggest thing that can further expand travel and tourism. Because individuals are constantly looking at where other people are going. It’s the best form of advertising.

Well in our country, like India, nobody is going to complain about a man or teenaged boy going on a trip. But that’s not the case with women. For men, it’s comparatively easier to engage in travelling. If governments and various agencies, tourism agents make a comfortable and safe atmosphere for the women in the country, then they will also turn up as solo travellers in the years to come.

In your opinion, how can we connect fitness and travel?

Trekking is a good option that requires fitness. Yoga retreats are getting popular. Places like Rishikesh and Kerala are also popular for Yoga retreats. Marathons are another option. In India, even small cities are organising marathons other than Mumbai and Delhi. Cycling tours are also getting popular in the country, which is also extending to rural areas. Another thing related to fitness and tourism is long drives to remote places like Ladakh and other high-altitude areas in the country.