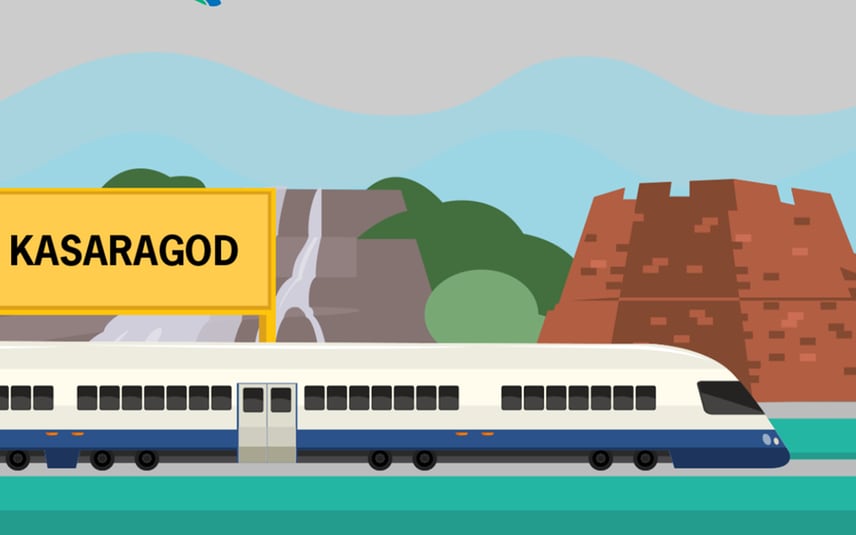 The K Rail has been hogging the limelight in all media in Kerala for the past several months. Initially, the DPR was kept as a secret document and was available in bits and pieces. However, as a result of public outcry, the full version of DPR is now available for the public. A careful reading would reveal many loose ends and discrepancies in the DPR. It appears that K Rail authorities have not accorded seriousness nor applied enough due diligence while accepting the DPR. Some of the glaring discrepancies in the financial calculations that appeared in Volume II of the DPR are pointed out below.

The fare at Rs 2.75 per km is the projected rate always, in all discussions by the advocates of K-Rail. Even the Chief Minister in his reply speech on 14th March 2022) in the Legislative Assembly mentioned that the fare is at Rs 2.75 per km

As per the DPR, the compounding is done for one more year and the annual estimate of revenue is Rs 2,276 cr. There is a gap of Rs 129 cr in the first year itself. This gap also gets compounded every year at 6 per cent for over 50 years. There has been no explanation for this phenomenon.

The Thiruvananthapuram - Hazarat Nizamuddin Rajdhani has the following fares:

We may calibrate the SilverLine fares of Rs 2.75/km and Rs 3.90/km against the above. Remember that K-Rail has done enough feasibility/viability studies.

As per the Willingness To Pay survey done by the K-Rail (Chapter 4 - 212), only 44% of the train/bus passengers are willing to pay only the existing fare and 42% are willing to pay higher but limited to 1.25 times of the existing fare for travelling in SilverLine. In this situation, how do we assertively say that 79,934 passengers would travel by SilverLine every day, paying such a high charge?

If the escalation is done for 5 years (and rightly so), the annual revenue from RORO would be Rs 213 cr. There is a gap of Rs 24 cr in the first year itself. The compounding effect increases the gap over the years. This needs to be explained.

In the case of RORO travel also, the WTP Survey indicates that 78% of the users are willing to pay only half of the present freight charge (see fig 4-73 on page 4-221). This figure has been changed in the last sentence below the chart to 72%.

It further states (on page no 19-181) that the “average passenger trip length distribution as determined from the traffic studies is 200 km and a yearly escalation of six per cent is considered on the fare”. Where is the study result? What was the methodology? How was it conducted? Nothing is available on the DPR.

The most interesting part of DPR is the clauses which are seemingly anticipatory bail for the likely non-performance of SilverLine. The project's success depends on the ridership number which at present is 79,934 (claimed to be determined very scientifically using different statistical methods). However, this number, as per the DPR, is likely to be affected if the passenger fare is not reduced elsewhere because SilverLine passengers appear to be the ‘poached lot’ from the existing railway/road system. “With no increase in fares, the passengers travelling by sleeper and 3rd AC class may not be willing to shift to the SilverLine” (page no 4-152). Indirectly, DPR is advocating fare increases in the existing mode of transport.

Similarly, it talks of the impact of privatisation of train operations. Privatisation may lead to fare increases and SilverLine’s ridership success would depend on the ‘fare setting’ (page no 4-151). The study of the impact of road projects on SilverLine reveals that the ongoing improvements in national highways & state highways could negatively impact the ridership of SilverLine. “If the NHs and SHs are made into toll roads, due to higher costs, it may lead to a positive shift to the SilverLine,” it hopes.

The calculation of EIRR (Economic Internal Rate of Return), based on the social cost and social benefits does not appear to be convincing. The social benefits cover the travel time, VOC (Vehicle Operating Cost) savings, pollution cost savings, accident cost savings and Infra cost savings whereas under social cost, items like capital outlay, replacement cost, additional capex, and operation and maintenance expenditure are shown. Are these items relevant under social cost? Are they not part of the project finance cost? The social cost must be in terms of the externalities of the project viz noise pollution, ecological damage, water pollution (especially during construction period), relocation struggle for the population, the job loss of agricultural labourers, loss to be suffered by KSEB on account of subsidised tariff (page no 19-172), loss to be suffered by other agencies of transportation including the existing railway system and KSRTC, job loss to be suffered by the employees of the existing agencies of transportation etc. If the aforesaid social costs are factored in, will the EIRR look rosy?

(The writer is a former General Manager, Global Markets, State Bank of India)