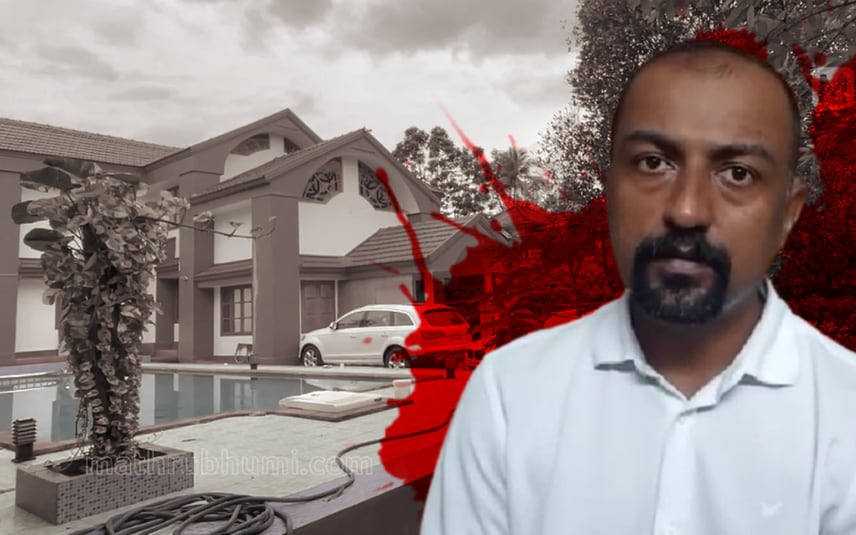 Nilambur: Shabin Ashraf, the prime accused in the kidnap-murder of a Traditional healer in Nilambur, is a person of many faces in his native town of Sulthan Bathery in Wayanad. According to locals in Sulthan Bathery, Shabin was a figure who influenced a lot of youngsters in the area by helping them migrate to gulf countries. Further, there were groups in Sulthan Bathery who functioned as a quotation gang for many illicit businesses Shabin had in the hilly terrains of Wayanad district. However, it was alleged that the police failed to take necessary steps to investigate complaints against Shabin.

Shaba Sherif: A murder case that opened the pandora's box

Shaba Sharif was a traditional healer from Rajiv Nagar in Mysore. Most people came to him for his unique treatment for haemorrhoids ( piles ). Shabin also came to know about Shaba Sharif's treatment. He thought of making huge money by learning the secret from the traditional healer and marketing it worldwide.His associates approached Shaba Sherif seeking treatment for an elderly man living in a lodge in Mysuru. He was later abducted on the way by Shabin's gang and taken to the house in Nilambur.

Jabeena Taj, his wife, still remembers how the gang deceptively took him.

'A gang (from Kerala) came asking for him. They came after knowing about his specialized healing method. At first, he was hesitant to go. But they informed him that the patient was here in Mysuru, and he went along with them on a bike. He had said that he would return within five minutes but he never returned.'- Jabeena Taj.
As Shaba did not return, Jabeena filed a complaint with the Mysuru police. However, Jabeena said that the officials were lackadaisical. 'If they had probed the matter properly, he (Shaba) would have been with us now,' she said.

Shaba Sherif was tortured for revealing the secret behind the remedy. But despite being brutally beaten, Shaba Sherif did not reveal the secret formula. Shaba Sherif was imprisoned in a specially designed room on the first floor of the house. In this small room, he lived a life in solitary confinement. There were CCTV cameras in the room to monitor Shaba. During one of the torture sessions Shaba succumbed to the injuries. His body was cut into pieces and thrown into the Chaliyar river.The incident came to light after financial disputes broke out between Shabin and his associates. As the case unfolded, many other skeletons began tumbling out of Shabin's cupboard. He was accused of killing his business partner Harris and was named in the death of a young man in retaliation for losing a tug-of-war match.

Families name Shabin in mysterious death cases from past

Dipesh, a Bathery native found dead in a pond in Karnataka, is said to have been killed by Shabin and his associates. According to his family, there was a feud between Dipesh and Shabin over a 2014 tug-of-war competition held in Wayanad. Following this, the close associates of Shabin, named Noushad, and others kidnapped him from his house.

'It was around 2 AM, and some people called Dipesh to come outside. He went outside our house to meet them since they had already known each other. I felt suspicious and went outside to check on him. I saw them covering his face and kidnapping him in a vehicle,' Dipesh's mother told mathrubhumi.com. Soon after, he was severely beaten up at Shabin's house under construction in Puthankunnu and left to die in a ditch. However, he miraculously survived and returned home.His mother claimed that Dipesh had told her it was Noushad who abducted him with the help of others. She also added that Salim, one of the other associates of Shabin, had manhandled her son. Following this, the family filed a complaint against Shabin and others. The case was dropped eventually after the accused agreed to pay compensation. His mother added that she was unsure whether his son was threatened to accept the compensation.

However, Dipesh was found dead under mysterious conditions in 2020. According to his brother Dileep, there was suspicion behind his death at that time. His mother also echoed a similar concern and stated that she didn't receive post-mortem details. Dileep also pointed out that his brother was dead only hours after Harris, an NRI businessman, who was a friend of Shabin, mysteriously died in Dubai. The family demanded an inquiry about the incident.

The mysterious rise of Shabin

People were also sceptical about how Shabin accumulated financial growth despite initially working as an autorickshaw driver and a lorry cleaner. A shop owner from Puthankunnu, where Shabin is constructing a bungalow, claimed that he often saw him riding through the area in luxury cars. Often his friends, who were his associates, also accompanied him. This was a familiar sight that is still recalled by many in the area.

According to some sources, Shabin was a close associate of 'Jose', one of the main kingpins behind the ganja business in Kerala, until he was nabbed from Andhra Pradesh. According to natives of Sultan Bathery, Shabin and others in his circle started the quotation business for Jose. After breaking away from Jose, Shabin started his own illegal business, and his close associates became his partners. It is reported that Shabin started the construction of his 20,000 square feet house about seven years ago. The construction came to a halt after some time. However, it was resumed last year, the shopkeeper added. It is learnt that the construction costs may come around Rs 20 crore. Shabin had told his neighbours and friends that he is engaged in many business ventures including oil trade in UAE.

The intelligence department confirmed that Shabin's firm Star One Group functioned as a quotation gang. His goons used to kidnap and manhandle his enemies and those who opposed him. Though some people filed a complaint with the police, the cases were settled using money power and political influence. Shabin had made good relations with politicians and officials as he used to bribe them. It is hinted that a former senior police official had given pieces of advice to Shabin over his criminal cases. He is alleged to have saved Shabin from many cases. However, the police officer from Sulthan Bathery was absconding since the incident of murder came out.

Shabin, who was born in a poor family in Nilambur moved to Wayanad with his father. He migrated to the UAE in 2005. Within 6-7 years, he emerged as a millionaire.

In 2013, he purchased a house in Nilambur. He was not very close with his neighbours. He had a few friends in Nilambur. The neighbours were largely unaware of the happening in the walled house, which was closed to the outsiders. The locals who run shops and small ventures near the house in Mukkada told mathrubhumi.com that the house was out of bounds for visitors. It was often kept close or forced shut from outside, they added.Meanwhile, a shopkeeper said that the associates of Shabin Ashraf have approached his shop to retrieve the CCTV footage that could shed clues on a burglary at his house in Nilambur.

'A few men arrived and asked for CCTV footage from the day the burglary was said to have happened. They told us they would return the next day with a pen drive to collect footage. However, nothing suspicious was there in the footage. They never showed up after the incident. It was the first time someone from his house had interacted with outsiders,' Usman, the shopkeeper in Mukkatta, told mathrubhumi.com.

The shopkeeper added that associates of Shabin told them that workers at the house were behind the theft. It was only later that Shabin is said to have lodged a complaint alleging that a burglary took place at his house in Nilambur. Following this, the police investigation unearthed the gruesome two-year-old kidnap-murder case against him. Meanwhile, Noushad, accused in the case, poured petrol over himself in front of the state secretariat and alleged Shabin was threatening him. According to police, it was Noushad who was behind the burglary.