This is a self goal by Congress.A goal that carries the seeds of destruction. The Congress looks like a child lost in the lurch with no cue to the future. The party's hopes and prospects get sacrificed at the altar of the Gandhi family. That makes the outcome of this election the defeat of  Indian democracy as well. 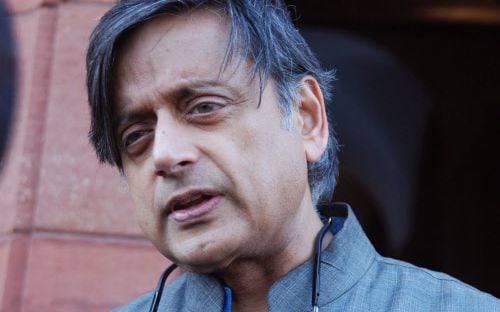 Nobody expected any surprises in the Congress presidential election. The result was a forgone conclusion. What mattered was the fight. When Rahul took the stand that he wouldn't take up the mantle it was certain that for the first time in the last 24 years a non Gandhi family member would get the top post in Congress. But what the high command didn't expect was the entry of Shashi Tharoor. Even though Rahul Gandhi doesn't hold any positions in the party he is the de facto leader. This was endorsed by P Chidambaram, the former finance minister and one of the close confidants of the high command in his analytical piece on the Congress presidential election. Chidamabram made it crystal clear that the president of the party will function as the mechanic who will take care of the structure of the party while Rahul will be the face and leader of the party. Shashi Tharoor is a mismatch in this scheme of things. But Tharoor took the risk. He defied the high command and declared that he wouldn't back out from the battle.

Let us recall here the fight between Subhas Chandra Bose and Pattabhi Sitaramayya in 1939 for the post of the Congress president. Bose became the president of the Congress for the first time in 1938. When Bose wanted to have a second term, Gandhiji and the majority of the working committee turned against him. Gandhiji asked Maulana Abul Kalam Azad to take on Bose. But Azad who hailed from Bengal knew the popularity of Bose and didn't want to take chances. When Azad expressed his unwillingness Gandhiji turned towards Nehru. Jawaharlal had no desire to be president again and that made the way for Sitaramayya. When the votes were counted on January 29th 1939 Pattabhi polled 1377 votes while 1580 votes went to Bose.

What made that election historical and beautiful was the fact that Bose won in spite of Gandhi's opposition. It is another story that after the election the working committee and Gandhiji turned the tables on Bose and eventually he had to resign from the president's post. That was another era. No family controlled the party in those days. But when Indira Gandhi came to the top post that marked the beginning of the family's total control over the grand old party.

Tharoor has challenged this hegemony. Tharoor was born in London in 1956. His place of birth grants him a claim to the British passport. But Tharoor has not possessed that document till this moment. Years back, the British Consular officer in New York told Tharoor that it only cost fifteen pounds for a passport whereas his visa cost 65 pounds. Tharoor's response was fast: ''I am happy to pay for the privilege of remaining Indian. I may have been born in Britain, but when I look in the mirror, I see an Indian.'' This statement reflects Tharoor's perspective and vision of life. Tharoor is very much aware of his roots. He knows who he is. Tharoor thinks globally and considers the whole world as his home but he never forgets that he is an Indian, and a keralite.

It is this conviction that brought Tharoor back to India when his official life at the UN got over. He didn't have any ambiguity on what to do in his home country. Tharoor revealed in an interview that he was invited by all the three major political parties - BJP, Congress and CPM - to launch his political career. He chose Congress. Tharoor is a nehruvian by all means. To be a follower of Nehru means pursuing modernity, tolerance, pluralism and secularism. Just like his leader it is the passion for democracy that identifies Tharoor. Tharoor would have been the best pick for Congress in its fight against Modi and BJP. RSS should be quite relieved now that they don't have to face a Congress led by a charismatic leader like Tharoor. The irony is that the Congress high command too reflects the same attitude when it comes to Tharoor.

It was very much obvious that Tharoor was waging a losing battle. But the defeat itself is beautiful. It is not a small thing that Congress is witnessing the revival of inner party democracy after a long period. The Congress presidential election on October 17 saw the fight between two ideas, two perspectives and two schools of thoughts. Kharge represents the establishment. And the establishment resists any change in the status quo.. Its main goal is to sustain the hegemony of the Gandhi family. Kharge is just a tool for this end. Both the high command and the coterie are led by the misconception that Congress means the Gandhi family.They simply forget the fact that there is no family without the party.

Do recall the historic blunder by CPM in 1996 when the party rejected the offer to make Jyoti Basu the PM of India. The price CPM had to pay for this grave mistake was indeed heavy! The party wasted a golden opportunity to reach out to every nook and corner of the country. Congress must have learnt a lesson from the present shape of CPM and acted accordingly. But the party seems to have lost the scales for mapping and deciphering the warnings of history. This is not a defeat for Tharoor. In an insightful essay ' In The Beginning ' Tharoor writes : '' At the end of the day , I tell myself that I am not defined by the positions I've held, and that my real legacy will come from the life I' ve led and the ideas and values I've stood for. These I have expressed in my own words, as a speaker and a writer. It is these words that will be my epitaph. When I am asked how I see myself, I tend to discount my public offices for the writing I do alone, in private. I'm already a former minister, I explain. One day I'll be a former MP. But I hope never to be a former writer.''

As Hemingway wrote such a person may be destroyed, but he can never be defeated. These failures are in fact his victories. Can we forget the image of VS Achuthanandan walking out of the CPM state Conference in 2015? The rejection and the renouncement by the party never meant a defeat for VS. It is only a technical fact that Tharoor has lost this election. This is a self goal by Congress. A goal that carries the seeds of destruction. The Congress looks like a child lost in the lurch with no cue to the future. The party's hopes and prospects get sacrificed at the altar of the Gandhi family. That makes the outcome of this election the defeat of Indian democracy as well.