Tasking the Tusker: an Elephantine Issue 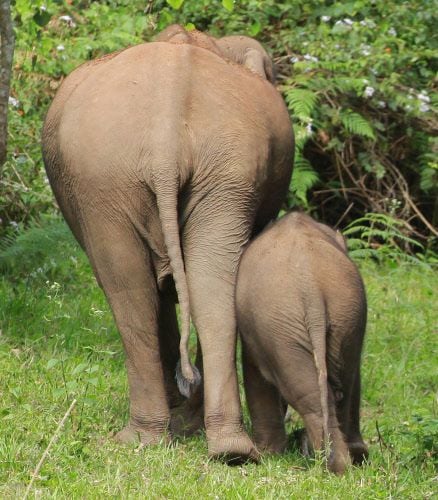 Animal lovers seem to be bent upon killing the elephants. nay the elephant race , in the name of animal protection . The Spanish bullfight is okay .Horse race is welcome . Goats can be butchered . Camels slaughtered in public ,to celebrate festivals and augment festivities .But the use of elephants in occasional festivals is bad , cruel , against civilized context and that should be banned all at once and for ever . Wwa what an elephantine sentiment . Animals certainly deserve love, affection and human care. The pachyderms deserve jumbo care. But when you jumble up jumbos with hidden agenda of cultural invasion, we smell a rat somewhere. The moot question raised by the discerning cultural analysts cannot be ignored as unfounded fears of cultural bigots. Is somebody, somewhere using animal love as a ruse and stratagem to destroy symbols of heritage and culture, with selective discrimination. Caparisoned elephants have been an integral part of the festival processions ,even in weddings and ceremonial functions of Kerala, god’s own country. The stately tuskers like the fabled Guruvayur Keshavan , - Pampady Rajan, Thechikkottu kavu Ramachandran , Parammekavu Rajendran have become the pride of the people of Kerala . The wild elephant which obviously is not the king of the forest becomes, king of the place , when it comes out of the woods , to the people who love it .The domestic elephant commands respect, awe and affection of the humans around. Animals are glorified and even deified in Kerala. The renowned Thrissur Pooram in Kerala , which reflects the magnificence of the stately array of decorated tuskers , lining up in dozens is an eye feast and a mind feast for millions who watch it , on the ground and online , from the different parts of the world .Kudamattam , the exchange of colourful umbrellas with the swiftness and dispatch is a uniquely rare sight of colour and grace , unparalleled . The ana ottam ( elephant race ) is virtually , an Olympics of animals , which exudes man - animal bonhomie , in the prevailing ecosystem marked by man animal conflict . Now they say , decorated elephants and ceremonial parade of elephants should go . The sadistic custodians of animal welfare is hardened by the atrocities heist upon the poor animals by insensitive patrons of culture and heritage . Here is a chargesheet which they roll out .

Are these not unpardonable and inhuman cruelties on the mute creatures .If the mute animals could unmute themselves , they would be asking a few counterquestions .

There appears a hidden agenda , in this bigoted mission , to push out elephants from rituals , in the name of animal love . The law is used as a ruse to pursue this hidden agenda . Animal protection and conservation are governed by two important legislations

The Wild Life Protection Act , was amended in 2002, upon which transfer sale , offer for safe , transfer for consideration in commercial nature , of captive animals are banned . After this amendment, individuals or temples cannot acquire or posses domesticated elephants, without prior sanction , in writing from the Chief Wild life Warden.

The Implications of this amendment on the future of domesticated elephants in this country and the uninterrupted practice of age old religious rituals , have affected , very adversely . 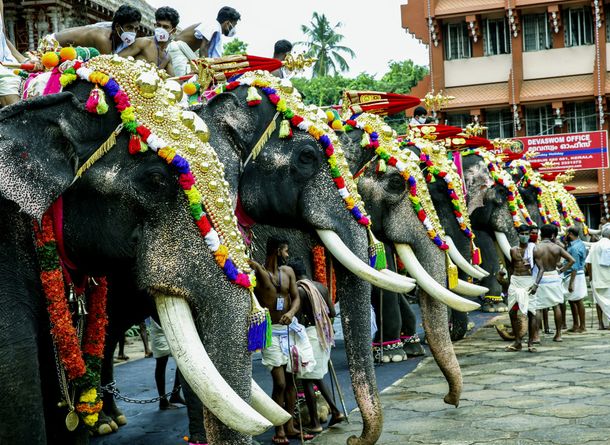 Elephant rides are also sought to be restricted in one way or the other . The fact remains that elephants which were used for ride, do not do any performance as such . The ride elephants are also brought under the Animal Welfare Board of India. This, being the legal background of the present crisis, the specific problems faced by domesticated animals , in the country , leading to stoppage of rituals , conventions and other practices under the heritage of India , involving animals , deserve attention .

The fact is that, domesticated animals are not wild animals anymore. In the prevailing law, domesticated elephants are also treated as wild elephants . The punishment, which is meted out , for established violation , of the present rules , is imprisonment for a period of seven years . This is patently a disproportionate punishment , which violates the sanctity of the proportionate punishment theory . Breaking the rules relating to captive elephants , is treated on a par with poaching . In our country , where more than two lakh people work as mahouts,kavadi caretakers , product suppliers , tour operators , related to elephants , any action taken by Government overtly or covertly , which will lead to destroying their livelihood , is a matter of great concern . 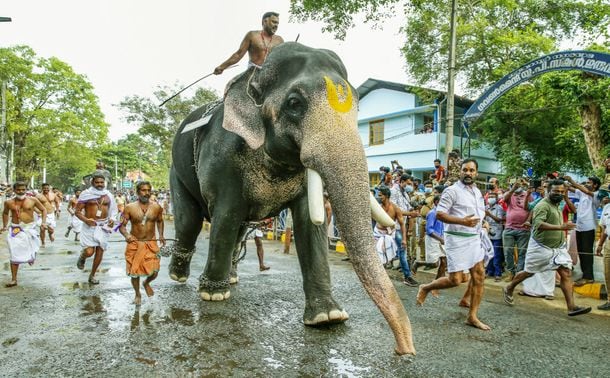 In the name of animal protection , the traditions , rituals and customs , are deliberately trampled upon. Domesticated elephants are an integral part of our heritage and legacy.

The role and relevance of elephants , in our heritage is well exemplified , in the scriptures , treatises and mythology of India . Gajendra Moksha , Gajalakshmi , Lord Ganesa , Gajasura , Ashwatthama , Kuvalaya Vela , are some of the examples which highlight the role and importance of elephants in Indian heritage . The ancient literature of our country , like Sushrutha Samhita, Ashtanga Hridaya , Brihath Samhita , Maanasollasa, deal with the theme of domesticated animals.

Like the man – animal conflict , there seems to be a lurking conflict between animal lovers and heritage lovers . The balance needs to be stuck between these two conflicting interests . One suggestion is to have an overarching legislation to protect the heritage and culture . As a first step , the amendment to the prevention of cruelty to animals act , should be repealed . Govt should initiate dialogue with all the stake holders and resolve the conflict , with equanimity and grace . Grandma’s wisdom holds good ; a stitch in time saves nine .

(The author is former Secretary to Govt of India and Principal Secretary, Forest and Wild Life)