Sagat Singh - the General who won the Bangladesh liberation war

India owes its liberation of Bangladesh in 1971 to many unsung heroes - none more deserving of this description than Lt. Gen. Sagat Singh, who rose through the ranks to become a legendary figure in the annals of the nation's military history; remembered by a General belonging to the next generation. 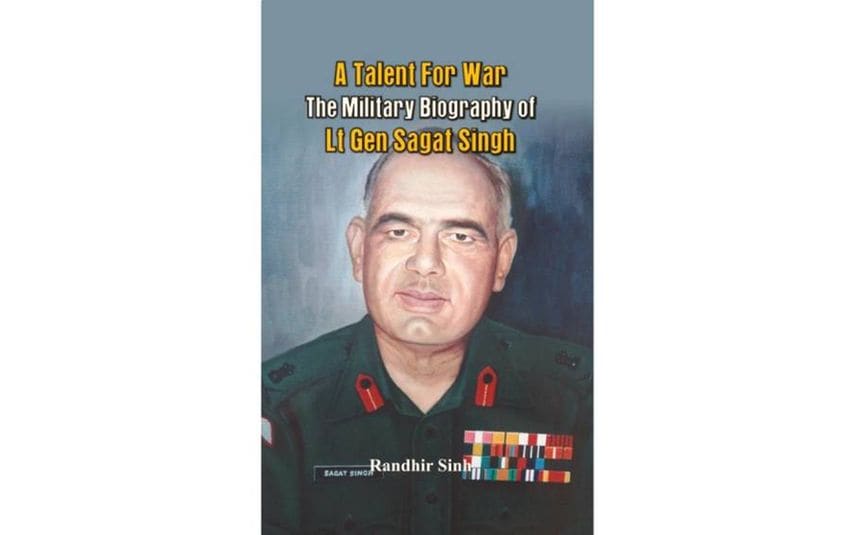 The Government of Portugal offered a reward of $10,000/- for Sagat Singh, a Brigadier in 1961, for anyone who could capture this liberator of Goa. Posters depicting him as a ‘wanted man’, sprung up all over Lisbon! His biography written by his Aide-de-Camp in 1971, later Major General Randhir Sinh, is aptly titled ‘A Talent for War’. The Param Vishisht Seva Medal and the Padma Bhushan awarded to Lt. Gen. Sagat Singh for his services in war, fall much short compared to the magnitude of his contribution to our nation.

Sagat Singh was born in Kusumdesar village in the Churu region of the Bikaner kingdom on July 14, 1919 to Brijlal Singh Rathore (a soldier in the Bikaner army) and his wife Jadao Kanwar. In 1938, after his Intermediate exam, Sagat Singh was enrolled as a Naik in the Bikaner State Forces. When World War II broke out, he received a commission as a Second Lieutenant from the King of Bikaner. In 1949, he was absorbed in the Indian Army with the 3 Gorkha Rifles Regiment.

In 1961, Sagat Singh was promoted to the rank of Brigadier and was given the command of India’s Paratroopers - 50 Parachute Brigade. ‘Operation Vijay’, for the liberation of Goa from the Portuguese commenced on 17 December, 1961. Although 50 Parachute Brigade was given a secondary role in the original operational plan, the rapid advance and initiative under the dynamic leadership of Brigadier Sagat Singh from Belgaum towards Goa, made it the first to reach Panjim, the capital. On 19 December, Panjim fell to the 50 Para Brigade and the Indian Tricolour was hoisted on the Secretariat Building by Brig Sagat’s forces. The Portuguese Governor General and Commander–in–Chief, Maj. Gen. Vassalo De’ Silva fled to Marmagao, but surrendered later.

In 1965, China issued an ultimatum to India to vacate the border outposts of Nathu la and Jelep La in Sikkim, which belonged to India. Lt. Gen. Manekshaw was the Eastern Army Commander and Lt. Gen. J S Aurora was the Corps Commander of 33 Corps, responsible for Sikkim. Major General Sagat Singh was the General Officer Commanding (GOC) of 17 Mountain Division which controlled Nathu La. Orders to 17 and 27 Divisions were that in case of hostilities they were to vacate outposts and fall back to the main defences.

Gen. Sagat, however, refused to pull back. The GOC of 27 Division (deployed East of 17 Div.) pulled back from Jelep La and to this day, this vital pass leading to the Chumbi Valley is still with the Chinese. During August–September 1967, the Chinese tried their best to make Indians withdraw from Nathu La, but Gen. Sagat made his forces hold on, though as per orders, he could have vacated this outpost. During this engagement, both sides suffered casualties, but Nathu La in 1967 gave a bloody nose to the Chinese under Gen. Sagat’s audacious leadership and helped the nation and the Indian Army overcome some regrets of the military defeat in 1962.

Perhaps his insistence on defending Nathu La, led to his being given a non-operational command after 17 Division to 101 Communications Zone in Shillong. However, this General with “a talent for war,” had the uncanny quality of landing up in military operations. The Mizo separatist rebellion under Mizo National Front had started and since the area was under his responsibility, Gen. Sagat Singh set into motion the strategy for counter- insurgency operations in Mizoram which quelled the rebellion for some time. His strategy continued to guide operations in Mizoram as long as the insurgency lasted and it became a State in Indian Union much later in 1986, the rare example of a successful counter–insurgency operation, thanks to the initial sagacious operational approach set by Gen. Sagat.

In December 1970, he was promoted to Lieutenant General and assigned the command of IV Corps. The initial plans for the liberation of Bangladesh did not involve the capture of Dhaka. The plan was to liberate areas up to the major rivers surrounding Dhaka and thereafter declare Bangladesh as liberated. The Army Headquarters directive to Eastern Command did not envisage Dhaka as the final objective of the campaign in the East.

The hierarchy above Gen. Sagat was the same as it was in Nathu La in 1967– Lt. Gen. J S Arora now as the Eastern Army Commander and General Manekshaw as the Army Chief. Orders given to Lt. Gen. Sagat Singh were to advance upto River Meghna from Tripura and capture areas up to the river line. He was ordered not to cross the Meghna. Gen. Sagat, the military genius that he was, clearly identified the two centres of gravity of the campaign in the East – the fall of the capital Dhaka and the capitulation of all Pakistani forces in East Pakistan.

Undaunted by the massive Meghna, Gen. Sagat, launched the first-ever Indian heliborne operation across the river and the rest is history, as his IV Corps raced to Dhaka, in a blitzkrieg. This led to the fall of Dhaka and the surrender of 93,000 Pakistani soldiers who were taken as Prisoners of War. It would perhaps have been appropriate for Gen. Sagat who captured Dhaka, to have accepted the surrender of Pakistani forces from Lt. Gen. Niazi.

Of course, war generates many rumours which can never be verified. One such rumour is that a victory ride through Dhaka after it fell to his forces and his ‘son–of–the–soil’ image (being originally from Bikaner State Forces), could have denied him full credit for this exceptional victory, as a Corps Commander. It would be appropriate to award him the Bharat Ratna, even in retrospect.

Gen. Sagat settled down in Jaipur having retired from the Army in 1979. His house in Jaipur is named “Meghna” as is his eldest granddaughter. On July 14, 2019, and the week after that, I had the unique privilege of organising the 100th anniversary of the birth of this illustrious general. A prominent road in Jaipur has been adorned with a bust of Gen. Sagat and named after him.

The Jaipur Literary Festival in end January 2019 witnessed readings from his biography. A seminar was organised in Jaipur, where Generals who fought the war with him, as well as his son Colonel R V Singh and his relatives paid tribute to him in a much-publicised event. He breathed his last on 26th September 2001, at the age of 82. Truly, Sagat Singh was the General who never lost a battle and won the 1971 War for India, thus liberating Bangladesh.

(Writer, a keen student of military strategy and history, commanded a Strike Corps, and retired as South-Western army commander)

(English original of the article published in Malayalam in the edit page of Mathrubhumi daily dated December 16, 2021)