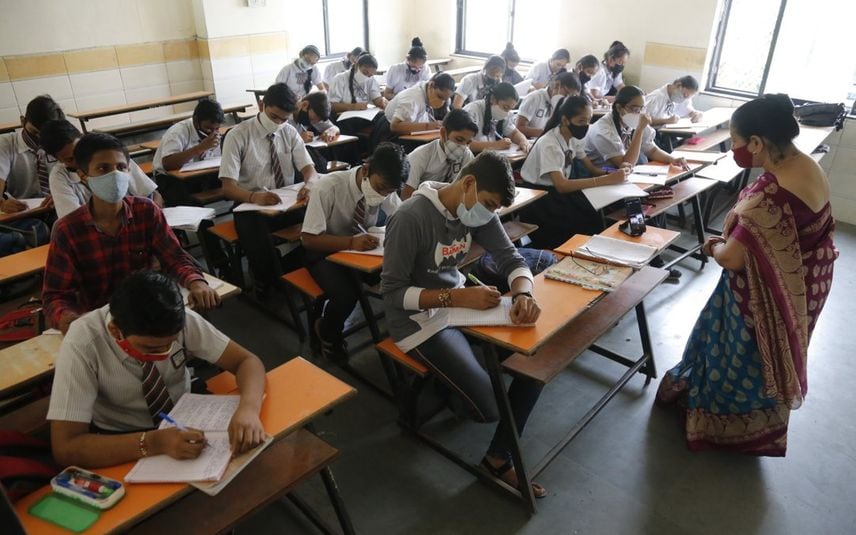 Nelson Mandela pointed out”, Education is the most powerful weapon that you can use to make changes in the world.’’ Giving emphasis on the importance of education, Mahatma Gandhi said, “Live as if you were to die tomorrow. Learn as if you were to live forever.”How true is what Aristotle said, “The roots of education may be bitter. But the fruits will be sweet.”

India has engaged many experts to reform the education field in India, at various stages. The Education Reform Commission headed by the former President of India, Dr. S. Radhakrishnan, the Lakshmanaswami Muthaliar Commission, Dr. Kothari Commission and now Dr. Kasturirangan Commission. All these eminent persons have emphasized the importance of education in our society and they have given instructions accordingly to make our education sector stronger.

Dr. Radhakrishnan pointed out that education in India is not related to life. Dr. Kothari said, “India’s destiny is being shaped in her classrooms .” The New Education Policy submitted by Dr. Kasturirangan has opened a new sky and a new earth in front of us.

Let us go into the details of this comprehensive policy. What all do we see in this? The face value of this is to make a national frame for the education system in the country. The fact that states are given the liberty to make necessary changes is in conformity with the concept of unity in the diversity of India. There is no doubt that a national perspective on what children are learning will help to nurture the concept of ‘ One India, One Nation .’

The new education policy aims at integrating the traditional knowledge of India with the perspective of modern Science. India-centric education or the educational vision centred around India seeks to broaden the horizons of new knowledge by fully reviewing the changes that have taken place around the world from a national perspective. It ensures complete literacy for marginalized communities, especially the rural masses, to open the path of knowledge and lead them from darkness to light.

The educational vision centred on children makes this policy bright and sparkling. The curriculum is designed in a way that study becomes a joyous experience, not an unpleasant one. The education system in India, especially school education was based on the memorizing power and the efficiency to overcome the pressure of exams. There is also the critical view that no importance is given to the understanding ability of children. The new education policy is formed to overcome all these drawbacks.

It is said that if teaching is to be successful, you have to love the children. Whether it is school or college, the choice for the subject of study is given to the students. The situation of the students had been like ’a donkey bearing the load.’ A change arises through the new education policy. If a child wants to learn quantum Physics and Carnatic music together, the new education policy gives him an opportunity for that. Another advantage of this policy is that vocational training starts from the sixth class onwards. An indication that the nation is accepting Gandhiji’s views. This policy is a reinvention of Gandhiji’s notion of Education, Basic Education. Children will be evaluated based on their personality development and creativity.

The structure of education itself has changed. From 3 years to 6 years- Pre Primary. After that, it is organized as 5+3+3+4. That is Pre-Primary between 3 and 6 years. After that, including first and third classes, children will be learning the first five years in their mother tongue or the local language. After school level, they will have to spend four years in college. In the new four-year degree course, they will get a certificate after the first year, a diploma after the second year, a degree after the third year and honours after the fourth year. Students’ academic credit will be considered based on their calibre. In the case of language, many basic changes are recommended in the new policy. The reality that the predominance given to the English language was not beneficial to the majority of the people is reflected in this policy. The fact is that only 12% of those who are proficient in English get high positions and success in life.

There is a phenomenon known as cultural Imperialism. The education in India is a slave of that. A change is brought about in this through this education policy. Mother tongue and vernacular languages get more importance. The study of Sanskrit is encouraged. English and other foreign languages can be studied. No language is forcibly enforced. This is the new language policy. The essence will be the three-language formula.

When we enter into the zone of higher education, there is a complaint everyone raises. The higher education zone is deficient in research. Some clear instructions to find out the solutions to this, and enrich the policy. Other than self-financing colleges giving degrees, it is recommended to open research and teaching universities. In addition, to enrich research, National Research Foundation will be started. Looking from any angle, India’s new education policy is one that has been formulated with a holistic vision.
In this context, it will be pertinent to identify the sharp arrows shot against the education policy.

The first objection of the critics is that the education policy is corporate-centric. The focus on vocational education they say will push our children into the corporate job market which is exploitative. The Policy will make education completely under the control of the centre. The answer to this is clearly given in the Kasturirangan report. The freedom to make changes according to the needs of the states remaining within the national perspective is there in the education policy. This is a move that upholds the essence of the constitution. The reason is that the federal system is prevalent in India. The Union list, the State list and the Concurrent list are clearly defined in the constitution itself. There are rules and procedures governing the relationship between the centre and the state.

They also say the new education policy is a vicious attempt to impose majoritarianism under the pretext of nationalism. Now the message given by the new education policy is that we should go back to the unique culture of our country. But critics are attempting to portray it as national chauvinism and saffronization. There is a concept known as edupreneurship. As there is entrepreneurship in the industrial sector and agripreneurship in agriculture, the enterprise in the educational sector is edupreneurship. No one sees any fault in creating investment in the educational sector and increasing the basic facilities. Another point of criticism is that it is an attempt to present superstitious beliefs as scientific principles by giving stress to Indian knowledge. Is it possible that a scientist like Kasturirangan will do this? Aren’t these criticisms like a blind man searching in the dark for a black pot which is not there? The education policy visualizes that the heritage zone should be presented authoritatively in the outlook of modern Science. Another point put forward by critics is that in the backdrop of ancient languages, they are trying to bring in Sanskrit forcefully. It is to resurrect the culture of one section of people. The ultimate goal of this policy is to transform India into a powerhouse of knowledge. At one time it was India which made the education sector of the world bright and sparkling. Huan Tsang says,” If you want to enter Nalanda university, you have to answer the questions of the guards standing at the entrance. Out of ten persons, eight failed the test. Seeing the entry guards at the entrance of the university as entrance scholars, India is a country which has given the highest significance to education. It is the truth that the modern education started by Macaulay two hundred years before destroyed our culture disregarded our lineage, buried our values and forcefully enforced linguistic imperialism. It distorted our perspective and eroded our confidence. English education has been able to instil in our youth a misconception that anything Indian is primitive. A kind of Cultural conquest. Bishop Fisher of Agra says that a British officer told him,” Mistake to educate the blighters. But one must have ample supply of clerks to rule this blasted country .”