Moment of reckoning for UDF and Congress in Kerala 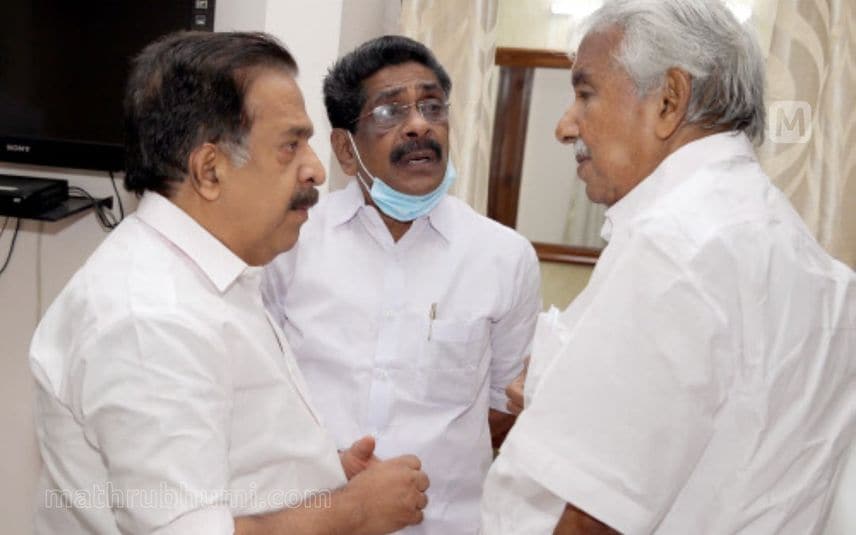 The first session of 15th Kerala Legislative Assembly commenced on Monday. With the appointment of VD Satheeshan as the new opposition leader, Congress- led UDF hopes to regain the trust of their voter base that was dented in the recently concluded Assembly Election. Analysis of the electoral data, has signalled that UDF has been losing some of its established vote banks to both LDF and NDA alliances. Since 1980, the high-command of Kerala politics has constantly alternated between the two main political alliances in the State i.e UDF (United Democratic Front) led by Congress and LDF(Left Democratic Front) led by CPI(M). The prevalence of anti-incumbency factor, the unique sociological tapestry and the presence of strong political sensibilities are some of the reasons why the citizens of the state are known to be unforgiving to the incumbent political dispensation. As per the State’s political tradition, the LDF took over the baton of power from UDF in 2016, keeping in conjunction with the series of setbacks that the Congress was witnessing at the time in national and state politics. The alliance comfortably took the backseat, trusting the ‘predictability’ of Kerala voters to not elect any government for two consecutive terms, and in retrospect, paid heavily for it! The LDF’s victory and the subsequent analysis of election data laid bare the flaws of UDF’s election machinery and also the front's future in state politics.

Run-up to the elections

The road leading upto the 2021 Assembly elections was ‘perceived’ to be favouring the Congress-led UDF after it registered a defining victory in the 2019 Lok Sabha Elections. UDF bagged 19 out of the 20 LS seats, sounding alarm for the ruling-party to critically introspect and sense the shifting political winds. This opportunity was not rendered waste by LDF and it bounced back stronger with a thumping victory in the 2020 local-level elections, indicating that the incoming election battle would be a fiercely contested one. This highlighted that voters in Kerala made an agile distinction between the ‘nature’ of national and local-level issues and the front that would better address them.

Despite the critical setback, UDF pulled out all the known stops to get elected-back: ending the political isolation of former CM Oommen Chandy to rekindle his ‘connect with the masses’; promising the implementation of much-talked about NYAY Scheme that includes providing Rs. 6000/month to poor households; promising a law to subvert the Sabarimala judgement (despite the back-history of Shah Bano debacle); recurrent campaign-trails by ‘star campaigners’ including Shashi Tharoor, Rahul Gandhi and Priyanka Gandhi, and fielding about 55% fresh candidates in constituencies.

The election results came as a huge disappointment for the UDF as it was rendered with only 41 seats in the 140-member assembly, which is an all-time low for the alliance in the past four decades. Subsequently, not only did the LDF manage to increase its seat-count to the highest it has had over the comparable time-period, the difference of almost 6 percentage points in vote-share of the two-factions was last witnessed in 2006 elections. UDF only managed to surpass LDF vote-share in three out of 14 districts namely Ernakulam, Wayanad and Malappuram and gained a total vote-share of 39.47% as compared to LDF’s share of 45.43%. 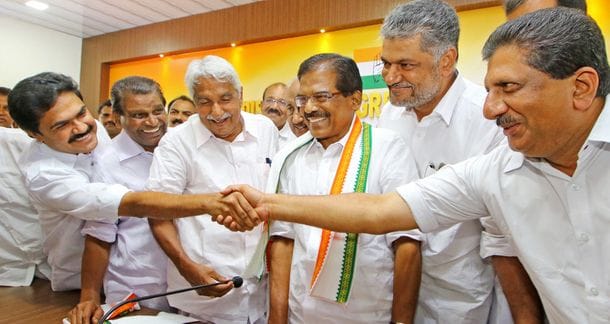 Analysis of the electoral data, has signalled that UDF has been losing some of its established vote banks to both LDF and NDA alliances. While the votes of upper-caste Hindus is being shifted towards the NDA, the breakout of UDF with Kerala Congress(M) in 2020, cost them their popularity amongst Christian voters in the central Travancore region, especially in Kottayam and Idukki districts.

LDF not only managed to increase its seats in the two districts combined from five to nine (out of total 14 constituencies) it also increased its vote-share in the region as compared to UDF considerably. [Vote Share in Idukki: LDF- 47.9%, UDF- 42.7%; Kottayam: LDF-43.7%, UDF-40.4%]. In addition, the anti-CAA and NRC stand of the current government has also found them some supporters amongst the Muslim community.

As the UDF and Congress sit-down to analyse the unfavourable verdict, it has become highly imperative that it stops dilly-dallying over the uncomfortable questions that are out in the public domain, for quite some time now. The lack of a solid organisational structure both at the centre and local-levels; lack of coherent planning for upcoming challenges; spilling of ‘internal discontent' outside the party’s fold and most importantly the absence of a concrete vision and tenacious leadership, are all problem-statements that have become synonymous with the Congress-structure. The attitude of the people at the helm of affairs, almost reek of an inability to come to terms, with the fact that politics has become an engaged and active affair in the current times and a status-quoist approach is simply no more an available option. The example of UDF’s sparse and dispassionate use of social media channels to convey its memorandum and messaging is a point in case.

The UDF camp too was marred by several challenges in the State. The in-fighting between Congress(I) and Congress(A) factions led by Ramesh Chennithala and Oommen Chandy respectively; confusions in settling down on a CM candidate despite strong calls for the same; a short-lived yet illogical alliance with Welfare Party(an Islamist political outfit) all costed the party during the critical election-campaigning phase. Moreover, the unwillingness displayed by the party leadership to step-in to resolve the brewing mistrust between Muslim and Christian communities are all symptomatic of a ‘dysfunctional’ house pretending to be upright & alright for ‘reputation’ sake. The thing that they don’t realise is that though confronting truth is bitter, it is also absolutely essential if one is to begin with the reparation process.

Congress as a political party and UDF as front still holds an opportunity for redemption as the state has still not relegated it to the ‘relics of history’ which is visible in its decent vote-share that it is still commanding. However, it is failing badly in its attempt to swing the sentiment in its favour due to lack of sincerity. It won’t be able to do so while engaging in reactionary politics and adopting ad hoc-ism, with respect to challenges that are of ‘existential’ consequences for the party.

The panacea for Congress’ deep-rooted issues lies in its ability and willingness to shed old-habits. Congress still continues to harbour the old mindset that it needs to ‘collect everybody together’ to take any steps forward. It has to emerge as a party of independent stature that knows how to lead from the front with substance and direction and also to stitch fruitful alliances if it wishes to stay relevant in the coming times.

(Goutham K A is an Associate and Bhavya Bhardwaj an intern at Centre for Public Policy Research, Kochi)