Bamboo: wonder grass of the future

An argument to shedding the colonial notion of bamboo as ‘forest produce,’ instead embracing the concept of institutionalising the knowledge system of traditional bamboo artisans, thus providing employment to thousands in an environment-friendly economy 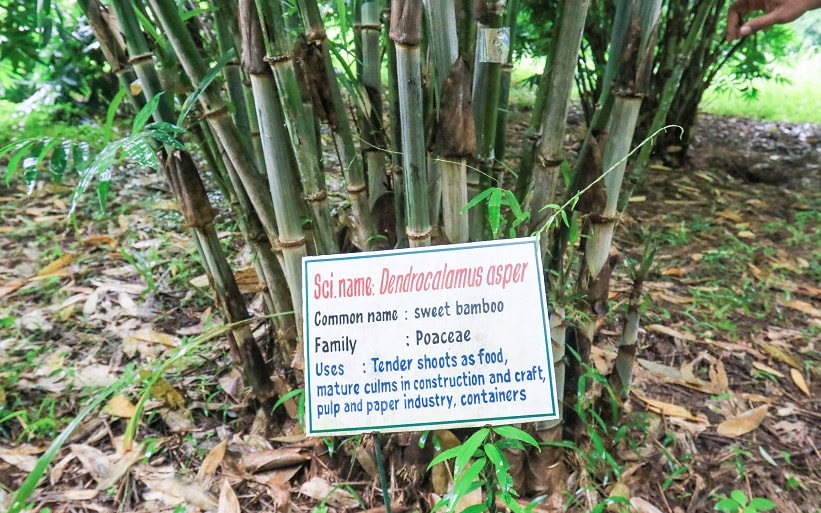 Tree of the century is an apt descriptor of bamboo, for many reasons. Its most important functions are absorption of carbon dioxide, thus maintaining the level of oxygen and controlling atmospheric moisture. That it is actually a grass that grows rapidly, which can be loaded and unloaded with ease, are other additional advantages. The socio-politics of bamboo is bound up with various aspects of technology, governmental policies, forest and non-forest laws, capital and expertise. It is thus an exemplar of the commingling of human beings and nature.

Viewed from the perspective of the state, it remains a moot point whether bamboo and workers who owe their living to it, have been accorded the social recognition they deserve. Various artefacts fashioned from bamboo, including woven baskets, mats and winnowing sieves, were an inalienable part of the Malayalee agrarian and domestic sphere. These fell into disfavour in the combined wake of cheap plastic and steel products flooding the market and changing consumer tastes. In contrast, countries like China, Japan, Taiwan and Vietnam have found both domestic and foreign appeal for bamboo produce having successfully embraced and integrated cutting edge technology with everyday living.

Kerala State Bamboo Corporation and State Bamboo Mission are the twin agencies, which control bamboo dynamics in our state. They fall under the purview of the industries department. As bamboo is classified as a forest produce under the Indian Forest Act 1927, the department of forests too has control over it. Under an amendment to section 2 (7) of this act, bamboo can be grown as an agricultural produce outside of the wild. Despite this, we are yet to evolve a bamboo growing culture as is prevalent in the Konkan and Marathwada regions.

Though these bodies envision and implement projects to the best of their ability, the fact of the matter is that they do not touch the lives of bamboo workers. There is a lingering complaint that bamboo corporation is unable to supply reed to workers who depend on them. One main reason for this is that representatives from traditional weaving communities have neither any influence nor are involved in the decision-making process of these governmental agencies.

These agencies exhibit the typical middle class temperament of problem-solving. Similarly, it is high time that they change their romantic concept of ‘forest produce,’ harking back to the colonial era. The traditional knowledge of bamboo artisans has to be modernised as quotidian technology. What is required is the reinvention of communities, who for generations have preserved bamboo-centric knowledge.

Towards this, both the bamboo corporation and mission have to be decentralised. These should be transformed into organisations with the involvement and a sense of ownership of those belonging to bamboo farming and artisan communities, apart from designers working in this field. It is only then that bamboo-centric industries can prosper. This in turn will result in the sector providing employment to thousands in an environment-friendly economy.

The role played by bamboo groves in the evolution of humans from the prehistoric to modern man is significant. Even in the 21st century tens of thousands of human beings owe their livelihood to it. We generally view bamboo produce through the prism of ‘handicraft.’ It has never established itself as a respectable vocation or technology with relevance to our daily lives. For this very reason bamboo and the lives of its workers are extraneous to us. It is only when World Bamboo Day impacts the lives of those touched by bamboo that the socio-economic mission of bamboo will be fulfilled.

Historian of science, Prof. David Edgerton makes an interesting observation in his famous work ‘The Shock of the Old: Technology and Global History since 1900’. He asserts that the datedness or otherwise of a technology is not determined by its age, rather by its relevance to everyday life. This insight holds true in the case of bamboo-based technology.

The ravages of climate crises have somewhat awakened us to the inevitability of organically approaching our modes of construction in harmony with our environment. For this purpose, we have to both extensively use bamboo and deepen the study of modernising technology. It is only through institutionalising the knowledge system of traditional artisans that we will traverse the terrain of progress. If man is a social animal, bamboo is a social plant. It is so interminably woven into the texture of our lives that planning experts and policy framers should approach bamboo through the perspective of social science. They should view life as knitted by bamboo.

Writer is a research scholar in the Dept. of Humanities and Social Sciences, IIT Madras

(Original text of the article published in the opinion page of the Mathrubhumi on September 19, 2021)