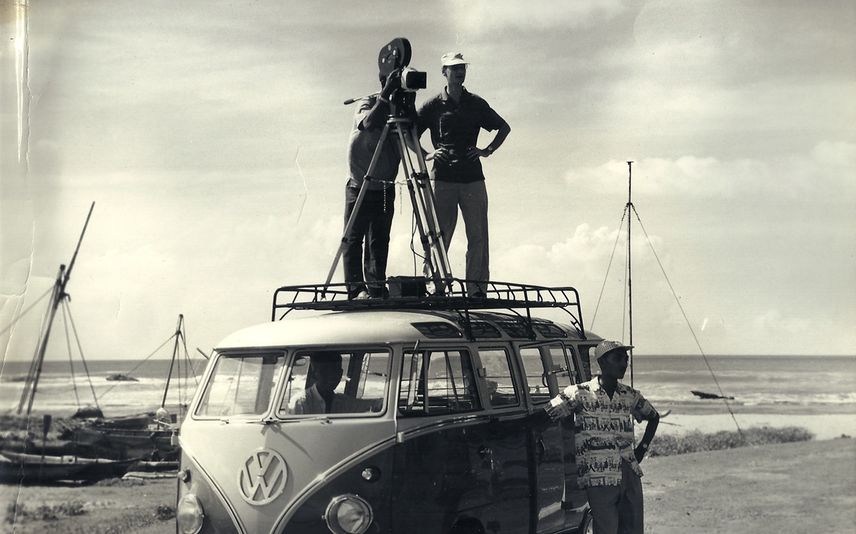 Jehangir Bhownargary during a shooting

Few in the Indian film field have heard his name and very few who were benefited by his visionary activities remember him also. He is an unsung hero of India’s films, who not just introduced the country to international film festivals, but gave filmy institutions and also energised the Indian documentary film arena. Officially, Jehangir- Jean for French-Bhownagary was an advisor in the Ministry of Information Broadcasting , Dy Chief Producer and then Chief producer of Films Division and a lifelong UNESCO employee. Being a confidant of Prime Minister Nehru and later Indira Gandhi on film matters, Bhownagary’s imprint can be seen in most of the early film institutions of India, which includes the Film and Television Institute of India -FTII, Film Finance Corporation-FFC , which became National Film Development Corporation-NFDC and even National Film Archive of India-NFAI, apart from the Films Division-FD- he headed for a decade.

I first heard about him from NFAI s first Director, the late P K Nair. I was surprised as he attributed his joining at FTII as an assistant librarian to Bhownagary. “I was assisting the Mumbai directors like Mehaboob, when I heard about the man behind big moves of the Central government in films at Delhi and I met him. Bhownagary told me that they are going to announce the recruitment for FTII and advised to wait and apply”.., as he found PK Nair, a science degree holder, a good candidate for handling preservation of films at FTII, which later became the National Film Archive. NFAI was first initiated as a film library of FTII and later made it a separate Division.

Filmmaker Adoor Gopalakrishnan gratefully recalls that the newly formed Chitralekha Film Cooperative was empanelled by Jehangir Bhownagary, the then Chief of Films Division, after seeing his graduation film at FTII. Chitralekha and Adoor survived on these FD occasional documentaries till they made “Swayamvaram” in 1972.

Bhownagary is also credited as the man behind the first India International Film festival of India in 1952. He was advisor to the Information and Broadcasting Ministry, on deputation from UNESCO Paris to give a fresh outlook for Indian filmmakers bringing to India the post war film movements of Europe, Soviet Union and USA.

With all these pioneering work in India’s film field little is known or talked about Bhownagary as he was in and out of India throughout his life and career. He was not just a half French person, but worked at UNESCO headquarters at Paris in the visual communications division, but was deputed to India many a times.

“Born in Bombay on 5 March 1921 to an Indian father and French mother, who met and settled in Paris and then sent their son Jehangir to India for part of his education, Bhownagary constantly straddled the boundaries between Europe and India'', the first detailed profile of this film man read in the book, “Visions of Development” by Peter Sutoris, a Cambridge scholar who did a detailed study of Indian documentary sector from 1940s. “He came to India at the beginning of World War II to work night shifts at Reuters, the news agency; he was later involved in setting up the Turkish consulate, then briefly worked for Tata Sons and co-write Gujarati comedies with Adi Marzban. “Sutoris detailed his early work. The French call him Jean Bhownagary, but for India he was Jehangir. Bhownagary started his film career with the war time film department of the British Raj called “Information Films India”. In 1945, he became a script writer and a commentary writer and a year later he was promoted to assistant producer and news editor of the Indian News Parade. From 1948 till his retirement in the 1980s he worked at UNESCO in Paris, specializing in mass communication initiatives.

“The call of Europe was strong… yet, there was a wrenching back and forth between two civilizations which had started in childhood and would continue throughout my life”, Bhownagary wrote later. He came to India n in 1952 for India international film festival, then as advisor of the I and B Ministry in 1954 returning again in 1965 as deputy and later head of Films Division. According to Sutoris, Bhownagary was “an artist, a painter, sculptor , poet , engraver, potter, , award winning film maker and an accomplished magician”. His daughter Janine Barucha , was a great talent discoverer, finding talents in the art field and encouraging them to be filmmakers to give the field a fresh outlook and vision. Acclaimed documentary filmmaker Sukh Dev in the 1960s was one his best such talents pushed up by Bhownagary. Apart from Sukh Dev, who became an Indian legend in documentary films, Shyam Benegal, Adoor Gopalakrishnan and host FTII graduates of 60s and even Painter MF Hussain were also offered films by Films Division under Bhownagary.

Bhownagary was aware of a wide range of approaches to film. He admired French New Wave, for the individuality of its directors, looked up to the British Free Cinema movement, and found inspiration in Italian Neorealism and early Indian Parallel Cinema. He believed that film could be used to bring together various ethnic and religious groups in India by exposing them to the commonalities in their history and culture. According to his daughter he was “very aware that India was a young country, and very aware of being part of building it”. No wonder he was close to the Nehruvians and part of the builders of new India.

As Deputy Director of Films Division, which was the Indian version of British Raj’s Information Films of India –IFI-, in 1954-7, he pushed to make films as part of the Nehruvian nation building. “He produced several highly acclaimed documentaries on Indian art and culture-including the landmark Khajurao in 1956 . “ He encouraged each director to find and create his individual style and stamp the film with each one’s personality. Though he could not change the highly bureaucratic set up of the Films Division in his first tenure, he gave detailed recommendations to the government before leaving in 1957. By then he had also become a confidant of Indira Gandhi, then daughter of Prime Minister Nehru. When Gandhi became Information and Broadcasting Minister and later Prime Minister, Bhownagary was called back to implement his path breaking changes in the Films Division. He wanted to break established formulas of the official documentaries, the style of colonial government films and even wanted the government to form an experimental wing at the Films Division. He also called for feedback on each of the films, especially from rural audiences. Those days Films Division films were a must in each of the cinemas in the country showing feature films. In fact, without showing the newsreel of film divisions, one could not see the feature films. 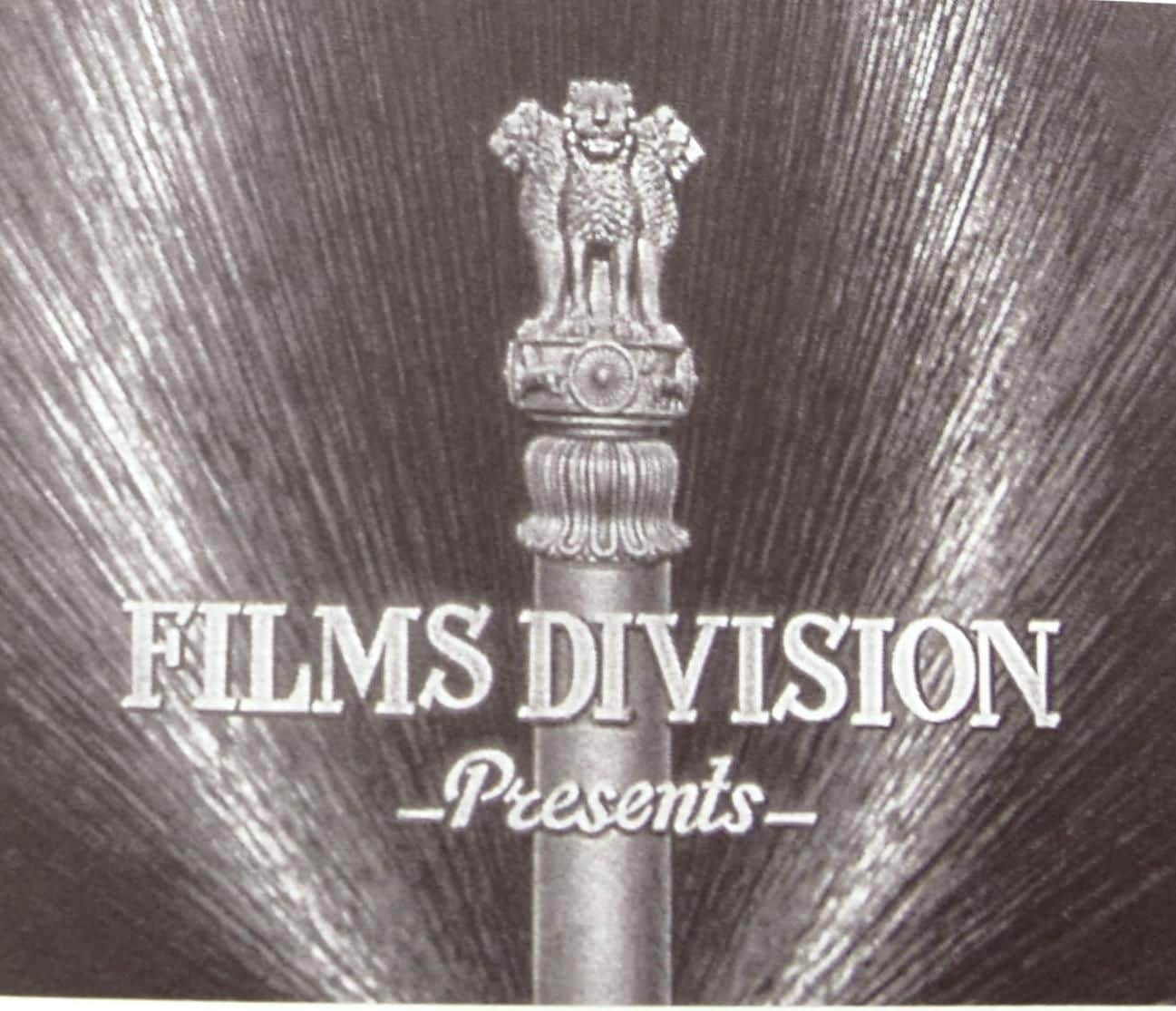 Jehangir’s work in India was noticed internationally. John Grierson, the father of the British Documentary movement held Bhownagary in high esteem for his work in India, describing his work as “ trying to change the world”, “Haven’t done it yet, but tried”. Bhownagary told Grierson to that comment in one of their exchanges, noted Peter Sutoris in his book. .” Turning a heavy-handed bureaucratic operation into one with an environment amenable to innovation and creativity was no small feat and Bhownagary did indeed try”, wrote Sutoris in his book. Grierson, who is considered as the father of the documentary film movement, was in India for two months in 1971. While making his recommendations to Canadian assistance for publicity funds of India’s family planning programme, Grierson described Films Division as “one of the great feats of public communication in our time”. He was mighty impressed with FD’s “animation work as very notable; especially so where it has developed its own indigenous Indian style.” No wonder the British documentary filmmaker felt Jehangir-Jean- was trying to change the world.

Apart from approval of icons like Grierson, Jehangir’s success of his vision for films is seen in the emergence of filmmakers like Sukh Dev, who defined documentary as “re-created reality” and went on to bag few national and international honours for his films. Sukh Dev’s films, made for films division like “A Village smiles”, on large dam projects in 1971 and on Bangladesh war “Nine Months to Freedom” in 1972, made history as documentary film gems of the times. Sukh Dev’s India 67, on the silver jubilee of India’s Independence was showcased internationally. India 67 was described as a true Indian documentary, across the world and the credit goes to Sukh Dev and the man behind him, Bhownagary.

In his tenure as advisor to I and B Ministry, Jahangir was the main force behind the implementation of the SK Patil Committee report which suggested filmy institutions like FTII, NFAI, FFC, Children’s films Society and even a film society movement and formation of its federation, FFSI. Prime Minister’s Nehru and Ms Gandhi dipped heavily into the international experience of Bhownagary to modernize Indian films and create institutions to upgrade its content and technology.

Jehangir Bhowngary died on April 2004 at Paris and his friend and Editor of Times of India, the late Dileep Padgoankar wrote in his obituary that” Jean- Jehangir- was also a ceramist, a potter, a lithographer, a painter and above all a gifted documentary film maker. The films he directed or produced all over the world for UNESCO, which he served for more than three decades, won awards at prestigious film festivals.”

Now that Films Division and Film festivals all have all merged under National Film Development Corporation, his legacy may have further merged into the bureaucratic maze of the governmental system, but few films makers like Sukh Dev, NVK Murthy, Pramod Pati and institutions like national film archive will stand testimony to a visionary who travelled ahead of his time in building a modern film sector for the country and integrating with global film field.