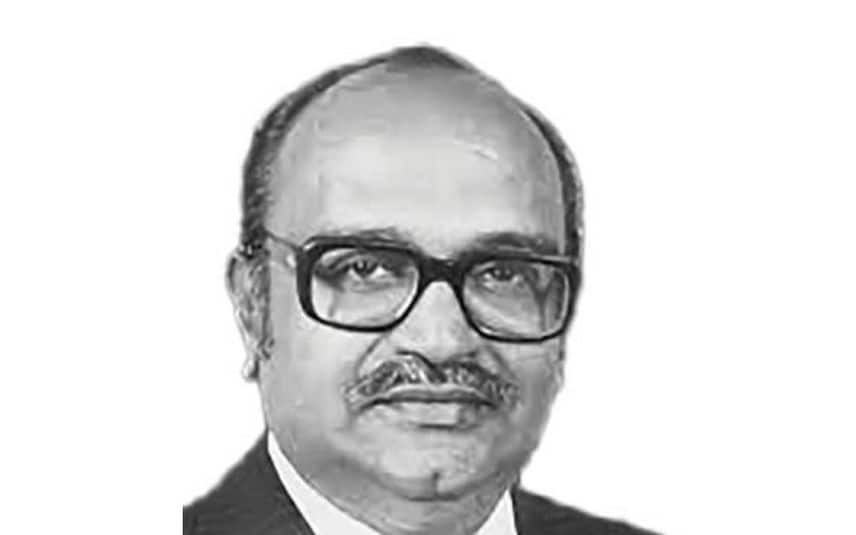 ISRO has over 21,000 people working under its umbrella. The success in the name of ISRO were not because of the divine skill of a few individuals, but rather due to the collective effort of a group of excellent scientists. Dr AE Muthunayagam, who has served ISRO for over 25 years, claims that he is forced to reiterate this due to false claims made by certain people. Excerpts from the interview with the ‘Father of Propulsion Technology’.

How did you land at ISRO?

I was born in Idaiyangudi village in Tamil Nadu. I passed Mechanical Engineering with first class from Madras University. I completed PG with distinction from the Indian Institute of Science, Bangalore and moved to America for further studies. I joined Purdue University for research, completed my PhD within two years and eight months and later joined a NASA project. That is when Vikram Sarabhai arrived in America to recruit scientists to the Indian Space Research Organisation (ISRO).

We met at the Indian Embassy in 1965. Six scientists were selected in the interview, including Dr Gupta, Dr Janardhana Rao, Dr Rane, MC Mathur, Dr MK Mukherji and myself. I was the youngest among the lot.

Did you watch the movie ‘Rocketry: The Nambi Effect’?

No. But most of those who watched the movie phoned and told me that almost 90 per cent of things portrayed in the movie is falsified.

Is it true that India got the hydraulic plant and other equipment worth 400 million from Scotland because of Nambi Narayanan and that he brought the cryogenic engine to India via Tashkent and Karachi, as shown in the movie?

It is a lie. We have asked the current chairman of ISRO, S Somanath, to take action over the false claims made in the movie. I have also requested him for some information and am waiting for that.

Was Nambi Narayanan sent to Princeton University when he was working as your subordinate?

Is it true that ISRO Vikas Engine was developed under your guidance?

Absolutely. It was France’s Viking engine that we developed as Vikas. The agreement was signed with the company named SEP in France. Additional secretary of Space Department, TN Seshan, signed the agreement for India. I was the project director. Three teams were formed to work on the project. K Kasi Vishwanathan, S Nambi Narayanan and R Karunanidhi were the leaders of each group. The Vikas engine was tested successfully in 1985. A group of scientists who worked together in three groups is behind the success of the Vikas engine.

What about cryogenic engine?

ISRO started developing its own cryogenic engine in mid-1980s. EVS Namboodiri was in charge of it. Nambi Narayanan had no relation to the project at that time. Around that time, the development process of the cryogenic engine was started under the guidance of Gnanagandhi.

In 1990, the Cryogenic Propulsion System Project was started at Liquid Propulsion Systems Centre (LPSC). A project management board was started for this purpose and I was made chairman. I was assigned the charge to discuss the matters of cryogenic with Glavkosmos in Russia. I made Nambi Narayanan the project director.

An agreement was signed with Russia concerning the handover of cryogenic technology in 1993. The agreement condition was that two engines would be handed over first and the technology would be given later on. Due to American influence, Russia backed off from handing over the technology. I held discussions with the Russian officials again and the agreement was renewed in December 1993. The condition was renewed to hand over the cryogenic engine instead of technology.

In November 1994, Nambi Narayanan applied for voluntary retirement, which I forwarded to my senior officers. He was arrested the same month and was hence removed from the cryogenic program. He was not assigned any projects or duties following his return to ISRO after the case. The cryogenic engine was tested successfully in Mahendragiri in 2002.

What was the reason for quitting your position at ISRO in 1995?

I was the seniormost officer at ISRO. I went on leave protesting against the appointment of Dr K Kasturirangan as the chairman. I applied leave for a year on loss of pay. I had a very good offer from Brazil at hand. I requested permission to go there and was denied. My case even reached the prime minister.

When I met Principal Secretary Amar Nath Verma in Delhi, he told me that the nation needs me and that I shouldn’t leave. That is how I was made the secretary of the Department of Ocean Development (DOD), a post equivalent to the post of ISRO chairman.

ISRO is a vast ocean, every success is a result of collective effort: Dr ...

Constitution and democracy are not synonymous, says Justice Chelameswar