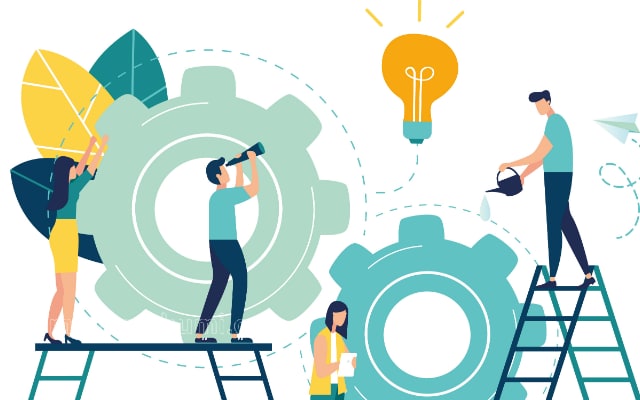 India Skills Report 2022 (ISR 2022) released by Wheebox, in partnership with AICTE, AIU, Taggd, CII, Sunstone Eduversity, and UNDP has projected various education and skilling initiatives that are pivotal to retaining India’s position as a vibrant, competitive, and futuristic venue for modernization.

The report is a combination of an assessment of 3 lakh candidates across India, who appeared for the National Employability Test, and 150 corporates across 15+ industries who participated in the India Hiring Intent survey.

The state also features in the list of top 10 states with availability of English as a second language. Kerala came third in terms of states with the highest youth employability with 64.2% of the candidates being highly employable. With an annual GSP of Rs.9.78 lakh crore, the state is the 6th largest contributor to the national GDP.

Featuring in the top 10 states for English language skills, Kerala is however not in the top 10 for computer skills, numerical reasoning or critical thinking. On the plus side, numerous cities from Kerala feature in the top 10 cities for available talent in the ages of 18-21, 22-26, and 26- 20 respectively. Considering Kerala features the most number of cities for available resources from any state. The skilling ecosystem and educational efforts are on the right track. Kerala also comes third in the list of top states with male employable resources, and 4th in terms of availability of female employability resources. Kerala features as the top state for people seeking an opportunity that pays anywhere between 0-2, and 2-2.6 lakhs per annum. A majority of Kerala’s youth is featured in the top 10 list for states who scored 60% in the B.Arts, BCA and BSc domains.

But still a whopping 15.77% unemployment rate during last year in the state was a huge concern. However, other tier 1 & 2 cities in India are witnessing a lot of candidates emerging from the state of Kerala in search of new job opportunities.
It may be noted that in Kerala, initiatives like the Additional Skills Acquisition Program have set up numerous affiliations and skill centers to tackle employability issues and have emerged victorious.

More has to be done
According to Piyush Nangru Co-founder & COO Sunstone Eduversity, “Top companies in India are adopting innovative recruitment strategies focused on specific soft skills. These skills allow organizations to effectively and efficiently marry together technical skills and knowledge without being hampered by interpersonal issues. Some of these key soft skills include cooperation, leadership, proactiveness, and empathy”.

This suggests that more has to be done on the front of building infrastructure to accommodate the vast, highly employable youth of the state and their interests.

As of January 2021, an estimated 1 million+ Indian students’ study in 85 different countries outside of India. For the vast youth talent pool that cannot afford overseas education, educational partnerships with overseas institutions and associates have risen, to offer flexible certification programs and foundation courses online.

That being said, the able youth talent available in India should not always end up overseas due to the dissatisfactory infrastructure, income and opportunities available in India. If India is to emerge victorious in the race against time, the employability index of India’s population should improve with a focus on building infrastructural capacity. For this reason, governments, educational institutions, and private sector establishments should take accountability for emerging market demands.

Fact check | Was Cheetah rehabilitation ignored for decades as claimed ...