Many of my friends ask me why I spoiled my career by turning against the powerful. I have only one thing to tell them: “I pursue the truth. I don't want any progress in life by telling lies.” It took two weeks to complete this interview with RB Sreekumar , former DGP, Gujarat. The conversation took place on varying days and quite often lasted for more than two hours. RBS was talking at length about his experiences during the Gujarat riots in 2002 against the backdrop of his book 'Gujarat: Behind the Curtain'. The interview was completed on June 22. Two days later , on June 24, the Supreme Court pronounced the verdict on the petition filed by Zakia Jafri. The SC came down heavily on RB Sreekumar, who in its view, had fabricated materials to harass the topmost authorities. My last conversation with RBS was on June 25. He was not perturbed by the SC verdict. He said he was ready to face the consequences for speaking truth to power. And within four hours, the Gujarat Police came to his home and arrested him.

Excerpts from the interview with RB Sreekumar:

The SC has come down heavily up on you. Do you fear an arrest?

I may be arrested. The SC has said that action must be taken against Teesta, Sanjiv Bhatt and me. Ravi Shankar Prasad, the BJP leader, who met the press after the verdict, demanded action against us. So I am expecting some retaliatory action. But I am not fearful. I am prepared. I have already spoken to my advocates. The charges related to fabrication of documents are bailable. So, the police may charge some non bailable charges too.

It seems tougher times are ahead. But you look determined to continue your fight for justice and truth?

Certainly. I will continue my fight even if I will have to suffer more. Many of my colleagues had advised me not to offend the powerful. They had told me that I was spoiling my career by going against Modi and Co. I was made the ADGP-in-charge of intelligence in Gujarat soon after the riots in 2002. Usually the intelligence chief would be the right hand and conscience keeper of the CM. But my loyalty has always been to the constitution. I don't follow the bylaws of Congress or BJP. I believe in the good old saying, ''truth flourishes in deeds.''

I retired from services in 2007. The government couldn't find any evidence against me and have me arrested and jailed. I had written to the Governor of Gujarat to take action against the erring bureaucrats because I had succeeded in the criminal prosecution procedure.

Even though the Governor had written to the chief secretary demanding action, nothing was done. When this was raised in the Gujarat assembly, the authorities concerned misinformed the august forum. Misinforming the legislature is a serious crime. But not even the Congress legislators raised any objections.

They think that they can corner me with reviving the ISRO spy case. But the fact is that I didn't even question Nambi Naryanan, the former ISRO scientist even for once.

You have written in the book that the Congress Govt that was in power from 2004 to 2014 failed to probe the Gujarat riots deeply to bring the culprits before the law. Do you mean to say that if the UPA Govt had acted so, the history of India would have been entirely different?

The UPA Govt failed miserably in finding out the truth behind the Gujarat riots. I have no fascination for the secularism of Congress. That is soulless secularism. There are two types of Communalism in India. One group is out and out communalists, they don't hide their communal colours. The other group is also communal but their communalism is hidden and indirect. Congress belongs to this category. They have been appeasing both the Muslim fundamentalists and the Hindu fandamentalists equally.

You have not spared the Samajwadi Party either. You have clearly pointed out in the book that if the then UP government led by Mulayam Singh Yadav had taken steps to reveal the report by the UP police personnel who were there in the Sabarmati Express when it was set fire on 27th February 2002, the mystery behind the Godhra train fire would have been unravelled?

Mulayam Singh did nothing to bring out the truth. They all nurtured and nourished communalism. I had written to AK Antony and Sushil Kumar Shinde about the need to have a judicial enquiry into the Gujarat riots. But none of them showed any interest.Then I wrote to Manmohan Singh, the then PM. His office informed me that my letter had been forwarded to the Home and Defence ministries. But nothing happened. 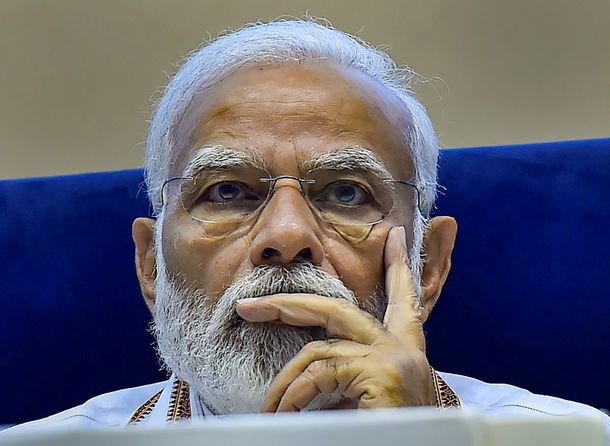 You have made a startling allegation in the book. You have written that The Modi government had spent Rs 10 lakhs to undermine the PIL filed by Mallika Sarabhai in the Supreme Court in April 2002 contending that the state administration and Modi were complicit in the riots?

I have dealt with this in the eighth affidavit that I had submitted to the Justice Nanavati commission. The then CM, Modi, met me and Sanjiv Bhatt at his office on April 10th 2002. Sanjiv was then the deputy commissioner, Intelligence. He was on good terms with Modi then. Modi told me to hand over Rs 10 lakhs to Sanjiv Bhatt from the secret service funds.

Do all state governments have such a fund?

Has only the police department got this kind of funds?

Can the CM direct the police to give money from this account to someone?

Sure. CM is the custodian of this fund. The police chiefs are bound to act by his advice.

So Modi asked you to give Bhatt rs 10 lakhs from the fund?

Yes. Bhatt was then in the good books of Modi. He had a close relationship with Amit Shah too. Sanjiv's wife and Shah's wife are relatives. Modi asked us if we had read the case file of Mallika thoroughly. I told him that I had not studied the case. Then he told me that he had talked about the case with Sanjiv Bhatt. He also instructed that Sanjiv must keep him informed about the issue.

Did Modi tell you that the money was meant for undermining the case?

No. Sanjeev Bhatt only told me that. He had assured the CM that Mallika's case wouldn't create problems for the state government.

And the money was used for the same?

Yes. Bhatt was handed over the money and he went to Delhi to deal with the case. I got an acknowledgement from him for the money and that was entered in the register of the secret service fund. Later Bhatt told me that the money was given to the advocates who handled Mallika's case.

Bhatt gave you a receipt. But, he didn't give you any further details about how he spent that money?

He could spend the money the way he wanted. He is not required to give me the details.

Was the case undermined?

Yes. When the case was taken up by the SC, the advocates of Mallika didn't present any powerful arguments.The SC rejected the petition then and there.

How will you describe Modi as a leader?

He is an extraordinary leader. He knows his goals. He has no ambiguity about the mission. If his slippers are placed on one side of the scale and all the opposition leaders on the other, even then the side, where Modi's slippers are, will be down by all means.

Will Modi retain power for a third time in 2024?

No doubt at all. The opposition is in such disarray that Modi will win handsomely next time too. But I don't think that BJP will be able to establish a theocratic state that easily. The foundations of India can never accept a Hindu Rashtra. India is fundamentally democratic. Hinduism doesn't approve of the demolition of Babri Masjid. Lord Krishna said: “Whatever form any devotee with faith wishes to worship, I make that faith of his study.” India is not communal innately. The Muslim invaders couldnot convert India into a theocracy. Neither the British, the Dutch nor the Portuguese could do it.

Do you mean to say that this is applicable to the Hindu fundamentalists too?

Yes. RSS and SDPI are twin brothers. They are both sides of the same coin. Indian theology proclaims 'Vasudhaiva Kutumbakam.' Gujarat witnessed the rejection of this principle. Many of my friends ask me why I spoiled my career by turning against the powerful. I have only one thing to tell them: “I pursue the truth. I don't want any progress in life by telling lies.”

I am open to any role when it comes to motorsports but racing has my heart, ...

Remembering Amma Kamala for her charming and complex personality: Foster ...

Mass culling is not the solution, no golden hour in rabies treatment, says ...