Has India voted against corruption and caste?

Law and order are of paramount importance to sustain a democratic society. In UP what was dubbed as the bulldozer raj, has gone deep down in the minds of the common man as a telltale demonstration of the fact where there is a will, there is a way. 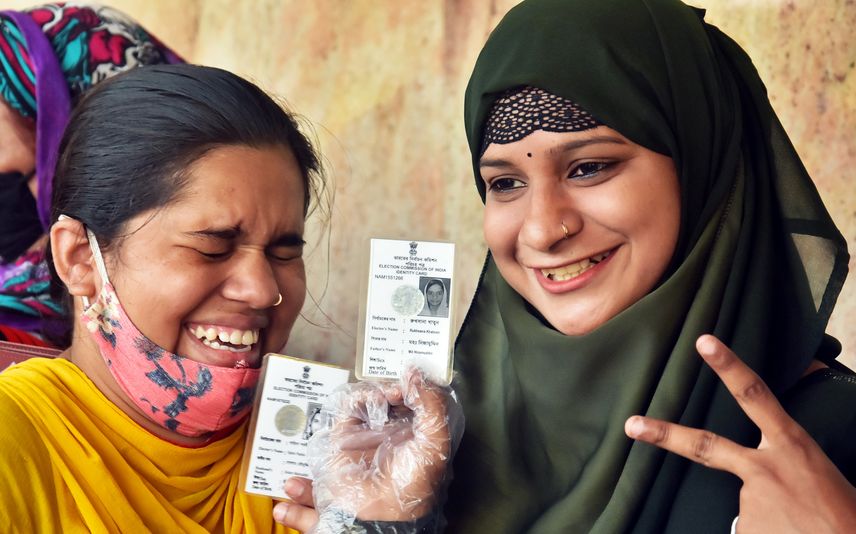 Cast the vote or vote the cast was the enigma that puzzled Indian elections, over the years. The enlightened electorate, ‘we the people of India’, seem to have realized themselves and made others realize that the common man knows best what is good for him. Elections in the five states, Uttar Pradesh, Uttarakhand, Goa, Punjab and Manipur has taught us a set of new lessons in how the public mind works, whipping up of communal passion, appeasement of precarious vote banks, playing the caste card, dissemination of disinformation, spreading of fake narratives, igniting anti-incumbency sentiments, have all given way to a new paradigm. New subsets or factors which decide, victory in the election have emerged before our rise. With the beneficiaries of the Direct Transfer Schemes of the government, the women who started taking a decisive and active role in electoral politics and those who consider corruption as the bigger canker, which has affected the political ethos all seem to have come together unseen but effectively to tilt the future of political parties.

What is the one cause which has gone in favour of the ruling party at the centre in deciding their fortunes in the states where they already were in power? With a Welton of negative forces arraigning themselves in the field in every state like unemployment, poverty, break down of law and order and communal and caste divide. If the ruling incumbence have come back to power in four states, it shows there is chemistry, which is pervading the Indian politics that is defined by the man on the street. The narrative in UP was of a downslide. But the reality showed an upswing. UP witnessed an ‘up- rising’, an uprising of the silent majority, uprising of the women, uprising of the Dalits, uprising of people who believe in transparent governance. There is this metamorphosis that is evolving in the minds of the common man over the years.

Law and order are of paramount importance to sustain a democratic society. In UP what was dubbed as the bulldozer raj, has gone deep down in the minds of the common man as a telltale demonstration of the fact where there is a will, there is a way. The demolition of encroachments was pictured by the opponents or the detractors as high handedness by the governmental machinery, against unwary citizens. But the silent perception of the discerning public was different. When there is faith in the rule of law, Incumbency or no incumbency, people vote for good governance.

Corruption has come to stay in India. Right from the days when minister K.D Malaviya was forced to resign from the first Nehru Government and umpteen corruption charges involving Pratap Singh Kairon, the then Chief Minister of Punjab, TT Krishnamachari, then Finance Minister VK Krishna Menon, then defence minister. Bakshi Ghulam Mohammed, then Chief Minister of Jammu and Kashmir India has gone through scandals and scams galore. It is not time to forget the long list of corruption scandals like the Bofors, the 2G, the Colgate and what not. India went through different phases of corruption in different dispensations. The political society was stupefied at the turn of events when corruption reined the supreme and went on unchecked with no prospects of any light at the end of the tunnel. It was a windfall that India could witness the last few years sans corruption, sans scandal, in high places. People watch all. they have given a clear mandate for a corruption-free government. A serenade to good governance.

What are the lessons which democratic India can learn from the elections to these five states described by political analysts and observers as the semi-final of the 2024 elections? Lesson number one, the beneficiary oriented developmental schemes, have created a new set of electoral loyal. Second, the women have decided to come out of their self-imposed shells and play their destined role in deciding who should rule for them. Lesson number three gone are the days of caste politics. Lesson number four people prefer to have zero tolerance for corruption in politics. Lesson number five, people get the government they deserve. But people expect the government to govern. ‘More governance and less government' seems to have appealed to the imagination of the voters.

The effectiveness of new constructs for poverty, through direct, connect with the beneficiary. The Modi factor, which could swing a sizeable percentage of the votes, cutting across religious and political bias

The dictum bequeathed out by the poet Alexander Pope seems to sway the public mind in India today,” For forms of government let fools contest, whatever is administered best.

It was Sardar Vallabhbhai Patel who said (about the cooperative movement),” choose a fitting leader and give your trust to him “( needs to correct). That the Iron man’s vision seems to have shaped up the iron will of the voters. Through the ballot, the common man on the street has proved that his political wisdom is uncommon and he can see through the games politicians play in making half-truths and untruths masquerade as truth.

India is a pluralistic society. Anyone who tries to suppress the independence of various sections of society cannot create a dent in the public mind and perception. The right to descend is at the core of democratic propriety. Unity amidst diversity or diversity amidst unity is what keeps Indian democracy going.

There is this tale of a botanist of repute. He was visiting the enticing jungles of Africa, with his research students. He came across a beautiful flower, in the middle of the jungle. Enamoured of its beauty the botanist ventured to pluck it. To his surprise, the petals in the flower flew off in various directions. Adding dismay to his disbelief, he saw the petals which flew off in different directions flying back and converging to a common point to transform themselves into the beautiful flower again. This transformation is what the world witnessed in the aspirational politics of the common man, in India. All conflicting interests have converged on to the focal point of a corruption and caste free election and the result is there clear and loud, visible and tangible. What is the takeaway from UP, Punjab, Goa, Uttarakhand and Manipur? The common man has learnt to vote for those who do and dare, not for those who stand and stare.