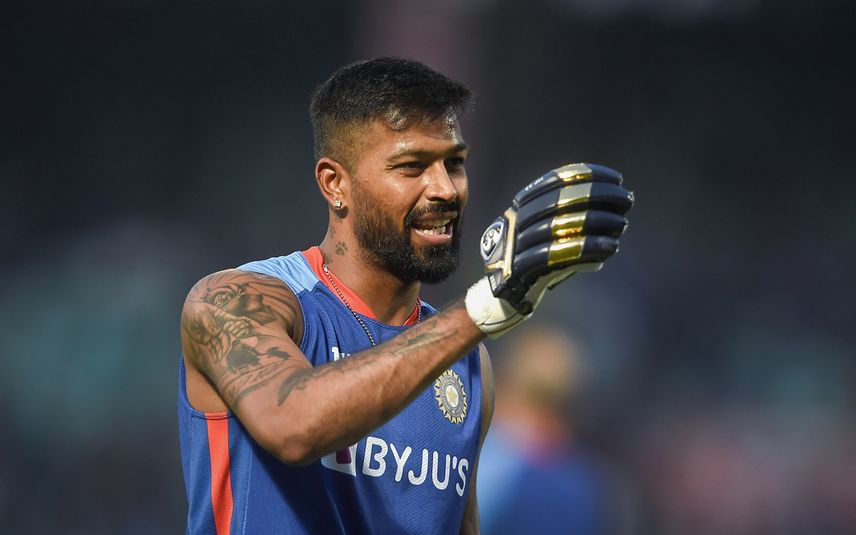 At the outset, it must be stated that Hardik Pandya is making a conscientious effort to excel in all aspects of his precocious talent. The feisty Baroda all-rounder’s return to mainstream cricket, after a long period of lull post the ICC Men’s Twenty20 World Cup in the UAE, began with the recent edition of the Indian Premier League (IPL-15).

Without a doubt, a career change from the five-time IPL winner Mumbai Indians to the new franchise team Gujarat Titans has been instrumental in making him proactive as a cricketer. The leadership role made him walk the extra mile and after a hectic two months of tournament exertions, he lifted the glittering trophy after the Titans outplayed Rajasthan Royals in the final at the Narendra Modi Stadium in Ahmedabad.

Without being spectacular, Pandya demonstrated his multi-faceted skills to meet diverse situations with a lot of common sense right through the Twenty20 league played in four cities in India. In the final he led from the front, did his best with the bat (34 off 30 balls) and played the match-winning role with the ball, taking 3 for 17 in four overs.

The March to May 2022 period has to be seen now as a vital phase in his career; he scored 487 runs off 371 balls with four half-centuries. More significantly he showed the spark in leading the team, and the national selection committee went to the extent of making him captain of the India Twenty20 team for two-match series against Ireland. He sent down 30.3 overs and took eight wickets. He ticked almost every aspect of his game, in particular the fitness part.

After the productive IPL show, Pandya returned to the ranks for the five-match Twenty20 series against South Africa and showed glimpses of his firm at the highest level making 117 runs off 76 balls with a scoring rate of 9.24.

There was never any doubt about his multitasking skills, but a vulnerable lower back was playing havoc with his physical fitness and a disappointing performance at the ICC Men's Twenty20 World Cup led to his ouster from the national team.

Not only did Pandya emerge as a true all-rounder from the IPL, but he also articulated well about his clear mind and clarity of thoughts that has enabled him to sport the men in blue colours again. After India outplayed England in the first of the three Twenty20 matches at the Rose Bowl, Southampton, Pandya was a matter of fact about the way he is looking to play the game. " I am not thinking too much of the future, right now I am focusing about the many games I can make himself available for India. That's my intention. "

"Today's performance (against England) was very simple, trying to understand the situations and what the team required. Once you keep working hard continuously there are bound to be good results. I play with a clean heart and mind. The coach Rahul Dravid has given us the freedom. The results don't take my mindset up or down. I try to be neutral. My batting and bowling performances were equally good (51 and 4 for 33). I as a bowler will take more credit because my (successful) spell put India in a strong position."

Clearly, India is looking at Pandya to bat at the middle order. He has batted 16 times at No.5 and scored 361 runs against 171 at No.6 from 10 innings and 118 at No.7 from 12 innings. He has taken 47 wickets sending down 152.5 overs in 62 matches. He has been India’s best all-rounder (758 runs and 47 wickets) after he made his debut against Australia at Adelaide in January 2016. He did not get to bat in his first three matches. He has missed 48 matches because of various reasons.

When Virat Kohli was the captain, he understood the importance of Pandya's value, even as a batsman who can clobber bowlers in the last five overs. It did not exactly work in Pandya’s favour in the UAE last October-November during the Twenty20 World.

Kohli's successor Rohit Sharma, who utilised Pandya as a vital cog in the wheel of the Mumbai Indians' fortunes, is on the same page in regard to the talent the all-rounder brings.