The individual characters change, but the battle remains the same. 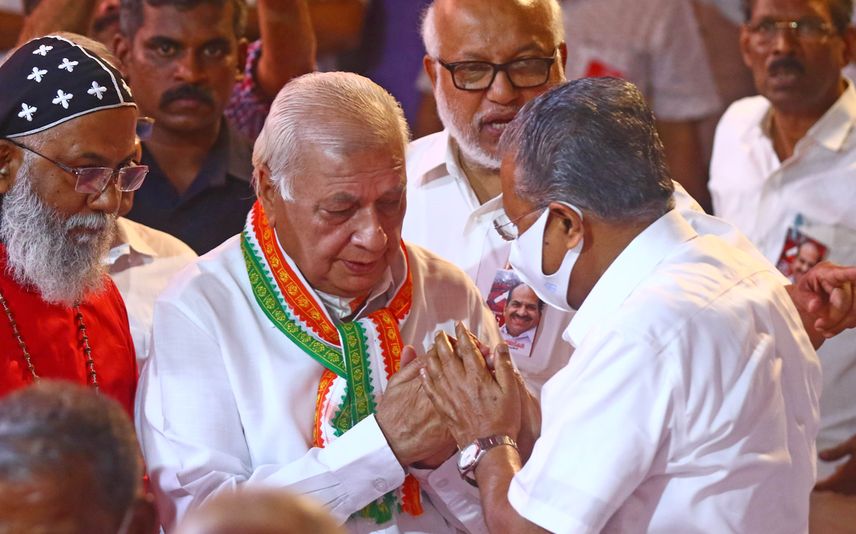 It is an ongoing battle. The territories are blurred, the battle lines are unclear and the grey areas seem to be calling the shots right now. Yes, the fight between the governor and the government is nothing new. It has manifested in various forms in different states. The individual characters change, but the battle remains the same. As the rage between the Kerala governor and government heats up the political atmosphere of the state, Mathrubhumi.com spoke to a number of legal luminaries seeking insight into the issue. Here are the excerpts:

''The governor can send the ordinance to the president and ask for her opinion. If the presidents are in favour of the state government, they normally sign it quickly. Otherwise, they usually sit on the bill or get the advice of the Attorney General or even the Supreme Court."

SC will have to step in: MR Abhilash, lawyer, SC

''If the governor reserves the state Cabinet's ordinance for the president's instruction, the move is legally correct. The proposed ordinance is to remove the governor from the post of the chancellor. As the governor himself is the chancellor, if he finds it wrong or improper, he can reserves the ordinance and ask his appointing authority, the president, to consider and instruct. When the ordinance reaches the president, the urgency of the same can be decided by her as no court can give directions to the president. The central government gets the upper hand in deciding the equations between the state and the centre as it is a grey area. A change in this can only be brought about through an amendment to the constitution. Otherwise there should be a proper interpretation of this law by the Supreme Court.''

The year 2022 and the farrago of misinformation