We knew Siraj would be the next super star: M S K Prasad

India took 54 years — it played its first Test at the venue in 1932 — to turn the tables on the opponent by five wickets in the summer of 1986, with the elegant Dilip Vengsarkar carving an unconquered 126 in the first innings. 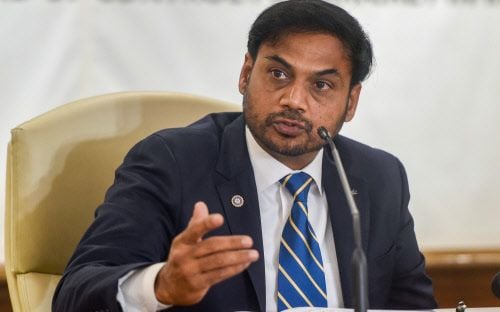 India has just recorded an extraordinary and imposing Test match win against England at the much-touted home of cricket in London. Flare ups apart, with both teams ready to be at each other’s throats, India, often at the receiving end at the Lord’s Cricket Ground in the previous 18 matches played at the venue, dealt the knockout punch on the home team. India's speedsters took 19 wickets that prompted former chairman of selectors M.S.K. Prasad to say, " When we picked Mohammad Siraj (8 wickets in the match) in 2016, we knew he will be the next super star."

Fourteen summers afterwards, the Indian team led by Mahendra Singh Dhoni, put it across the Alistair Cook-led England by 95 runs, with the chief architects of the triumph being seamer Bhuvneshwar Kumar (6 for 82) and fast medium bowler Ishant Sharma (7 for 74). Apart from these two memorable wins, England held the upper hand, winning Tests by an innings three times and recording emphatic wins in nine Tests.

So history favoured Joe Root’s team until the first half hour of the fifth day’s play in the second Test of the ongoing series. The Lord’s balcony, where in 2002 skipper Sourav Ganguly took off his shirt and twirled it after his team’s NatWest Trophy final win against England, looked anxious when Jasprit Bumrah joined Mohammed Shami in the scene of action.

In a matter of time, a part of the Indian batting order that has for long been considered fragile, hit out against the fast bowlers in Mark Wood, Jimmy Anderson, Ollie Robinson and left arm seamer Sam Curran and off spinner, Moeen Ali. They chanced their arm, rode their luck initially before playing some proper cricketing shots. Wood’s revenge-seeking short balls and bouncers to Bumrah (he had done so against Anderson) went waste and England saw the match slip away.

Most significantly, Shami and Bumrah, lifted India from a low 209 for eight to 298, adding an unbeaten 89 for the ninth wicket. Virat Kohli, applauding the work of his so called “rabbits” in the middle, applied the closure of the India second innings, a couple of overs after lunch. It was only India’s eleventh best effort for the ninth wicket, but only the third for a winning cause and the first overseas to help India win.

The Indian team has clearly resolved to rectify an area of batting to lift the average to 30 plus which is what it is after two Test matches. The flat nature of the pitch at Lord’s helped their intent, but full marks to Shami and Bumrah to put up a splendid rearguard.

Prasad explained the reasons for the drastic change seen in lower order batting on this tour. “It was a different team in 2014. The huge difference from the 2018 and the present tour is the experience the team gained as opening pairs, middle order and the lower order. Most importantly the combinations are much better this time. Everybody is well equipped and also the confidence gained by the victory against Australia. The Indian team is well set now for various conditions. India has opted for the 4-1 pace-spin combination for overseas Tests.”

Touching upon the effort of Shami and Bumrah with the bat in the second innings at Lord’s, Prasad recalled a telling observation made by bowling coach Bharat Arun after the 2018 series that India lost 1-4: “Arun said that India has to take a leaf out of Sam Curran’s book. If one looks at that series, as well as the series in South Africa, the difference was the runs contributed by the middle and lower middle order. The Indian team has worked on this. They have started to put a price on their wicket. They have realised that even 15 or 20 runs from the lower order would make a big difference to the end result. This is what is happening now. Curran used to tonk the bowling and take the game away from India in 2018.”

About the policy of four quicks and one spinner for overseas Tests, Prasad said there was a debate about the bowling combination before the WTC final against New Zealand at Southampton. "It’s turning out to be that India’s best combination would be 4-1. It would be harsh on Ravindra Jadeja or Ravichandran Ashwin. It’s hard to accept that a legendary bowler like Ashwin has to sit out. At the end of the day both Jadeja snd Ashwin believe that it is the team's interests that has to be put ahead of the individual's. Jadeja is contributing very well with the bat also," said Prasad, now engaged in his coaching academy at the Vignan World One International school in Hyderabad.

About the probable way the remaining part of the series is likely to find its way, Prasad feels that it would be difficult for England to cause a turnaround. *And that's because it has been a comprehensive win for India. The series win in Australia (after the Adelaide 36) has pushed India to the upper limits. That too without seven super stars not playing at the Gabba. We were always confident about Mohammad Siraj. When we picked him in 2016, we knew he was going to be the next super star. He has taken big wickets against the 'A' teams of South Africa and Australia. He is a confident bowler."

The Lord's win, a memorable one at that,. Has come after notable deeds in Melbourne and Brisbane in recent times. The bowlers are not only taking wickets, but hitting stinging shots with the bat. The duel between the bat and ball was compelling at Lord’s and India showed its might with full force.