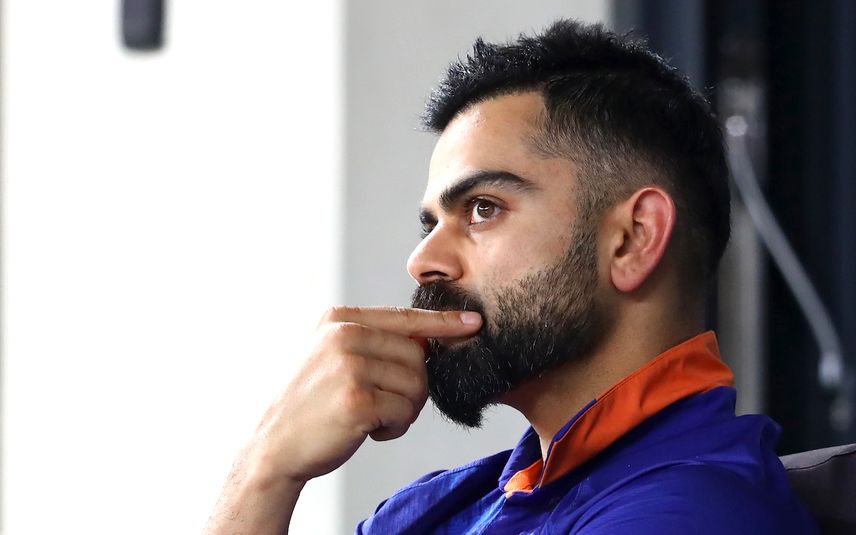 The focus is on Virat Kohli. Once again. The Asia Cup Twenty20 here --- relocated from Sri Lanka --- has brought him back to the centre stage from whereupon every action of his will be examined thoroughly. He has been a far cry from his best in the last ten months. His inability to get going and notch his 71st international century has evoked a critical response from the layman to the discerning. He has taken all this in his stride in a calm and composed manner.

On a number of occasions, he has given the impression, upon being dismissed cheaply, of being clueless to deliveries that needed some luck to survive. Fortunately, his teammates have backed him to the hilt. As captain, he had shown faith in a lot of his teammates who have not let him down. And now he is on the verge of playing his 100th Twenty20 match for the men in blues.

The Indian team's vice-captain K.L.Rahul said on Friday: "We don't really give much importance to any comment. Each one has his own opinion. It does not affect a player, especially a world-class player like Virat Kohli. He has had a break to work on his game. I was at home, watching Television, and he did not look like he was out of form or touch. He has been hungry to get runs and win matches for the country. His mindset is the same. I am sure good things will happen. We all eagerly want Virat to get back to the Virat Kohli of the old."

When he turns out against Pakistan on Sunday at the Dubai International Stadium, he would have reached a significant milestone in his career. It would be a feat only fourteen other cricketers have had the privilege of achieving it. He would also become the second cricketer --- other than New Zealand’s Ross Taylor – who would have turned out for his country in a century plus appearances in the traditional Test cricket, one-day internationals and the Twenty20.

After a short break from the hectic nature of international cricket, Kohli resumed bonding with his fellow teammates for what could turn out to be his last few but exciting months in the Twenty20 format of the game. He has endured rough times since Rohit Sharma was anointed as the India captain after the last year’s failed campaign in the ICC Men’s Twenty World Cup in the Arabian Gulf.

Though not in great nick in the last ten months, the former India captain can be proud to have achieved this unique feat of playing 100 Twenty20 internationals.

There is so much bilateral series played between the ICC’s full member countries, but to have shown up, day in and day out for his country amply reflects the undertaking to remain fit as a fiddle when there have been instances of his teammates breaking down because of injuries of assorted nature.

Ever since India was run aground by Pakistan and New Zealand in the World Twenty20 in these parts last winter, the BCCI and its senior selection committee took a major call to relieve Kohli of captaincy from the ODI format of the game before paving way for Rohit Sharma to be named captain across all formats.

Talking of his form and the break he took after the white ball series in England, Kohli has said: "For the first time in 10 years, I did not touch the bat for one month. I came to the realisation that I was kind of trying to fake my intensity a bit recently. You know you can do that, you are competitive, and you are saying I have the intensity, but your body is telling you to stop, and it is telling you to take a break and step back. I am looked at as a guy who is very mentally strong, and I am. Everyone has a limit, and you need to recognise that limit otherwise things can get unhealthy for you."

He further said: "This period taught me a lot. I am not shy to accept that I was feeling mentally down, it is a normal thing to feel, but we don't speak because we are hesitant, and we don't want to be looked at as mentally weak or weak people. Trust me, faking to be strong is far worse than admitting to being weak."

Kohli played his 100th Test against Sri Lanka at Mohali in March 2022. He had played his 100th ODI against the West Indies at the Oval in January 2013. He has scored 23726 runs in 463 matches for India. He has achieved a lot of milestones in his career, and he is set for another.

I was faking intensity, says "mentally down" Kohli having not touched bat for month

ISRO is a vast ocean, every success is a result of collective effort: Dr ...