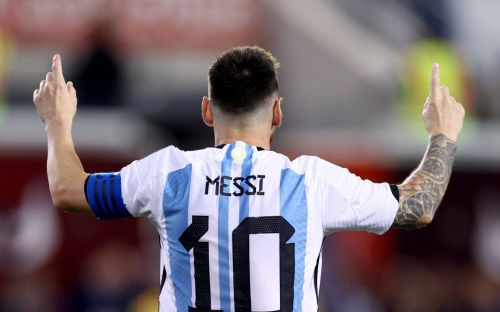 FIFA World Cup 2022 is around the corner, with players from 32 countries competing for the ultimate prize in football. Players will likely sweat a lot in the humidity of Qatar and perhaps be relying upon multiple drinks breaks, but for sure, the competition will never yield its glitter or glory, nor the spirit it offers.

Unlike the last two World Cups, the competition in Qatar would perhaps be the swansong for 35-year-old Argentinian Lionel Messi and 37-year-old Portuguese star Cristiano Ronaldo in the event, with both players shouldering the dreams of millions, not just from their respective countries but from around the world.

For Messi, the World Cup always eluded him, despite him pushing harder every four years to come closer to the ultimate glory, yet failing in winning it. Despite an average squad and not much option on the bench, Argentina exceeded the expectations of many in Brazil and Russia yet lost battles they should have won. However, this has changed, and Argentina's dependence on veteran players, including Javier Mascherano, has finally ended. Today, Argentina is tipped as the favourite to lift the World Cup and end its 36-year wait for the trophy. For Leo, this is the moment he is waiting for, a team equally strong, with a mixture of young blood and veterans, similar to what he experienced as a 16-year-old debuting in World Cup 2006, alongside Juan Román Riquelme, Pablo Aimar, Esteban Cambiasso, and others.

Drawing into a group comprising Saudi Arabia, Mexico and Poland, the odds of La Albiceleste progressing into the knockout stages is high. Winning the group would set them up against the runner-up from Group D, which includes France, Australia, Denmark and Tunisia, in the knockout stages. Facing France will be a repeat of the 2018 World Cup -- 4-3 loss in R16 -- something Messi and his men will be looking to avoid at all cost.

For Messi and Argentina, the 2014 World Cup taught a lesson on why team building is more important than expecting Messi to pull some rabbit out of a bag and expect a miracle. Germany was aware of the threat posed by Messi during the 2014 WC final. They were happy to allow Argentina to open up the play and allowed shots from the former Barcelona man. But Argentina failed to score and lost the final 1-0 after a late extra-time goal by Mario Goetze.

After the World Cup, the sacking of manager Jorge Sampaoli and replacing him with his assistant Lionel Scaloni not only did the trick of bringing change but also gave the national team a much-needed boost. A popular figure in the dugout, Scaloni, improved his side and helped them win their first Copa America since 1993.

If they continue their current form of a 35-game unbeaten streak -- which includes 25 wins and ten draws -- then defeating South Americans will be an uphill task for top teams in the competition.