Fact check | Was Cheetah rehabilitation ignored for decades as claimed by PM Modi? 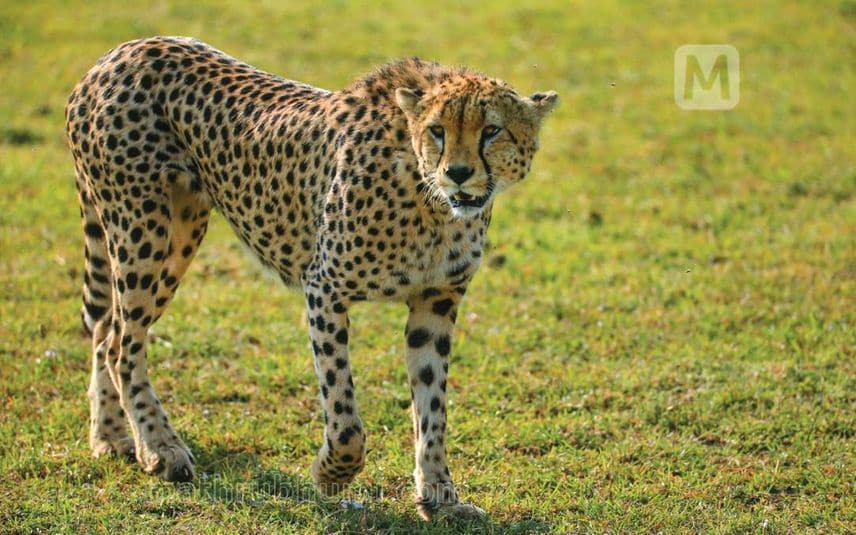 Cheetahs have returned to India after seven decades. They also brought controversies with them. While BJP is trying to earn the credits for the project, Congress has turned defensive.

Prime minister Narendra Modi had shared his recorded speech on Twitter during the event of releasing cheetahs at Kuno National park. His statement in the video, which irked Congress, says that "cheetahs had become extinct in India in 1952, and no meaningful effort was made to rehabilitate them in the past seven decades."

The next day, Jairam Ramesh, Congress leader and former Minister of State (Independent Charge) for Environment and Forest during the second UPA government, rebuked PM's statement via a tweet. His tweet shows a letter that he had sent to Dr MK Ranjitsinh of Wildlife Trust of India (WTI) in 2009. He claimed that this letter was the reason for the launch of Project Cheetah and called PM Modi ‘a pathological liar’.

Who is lying? Narendra Modi or Jairam Ramesh? Mathrubhumi investigates.

We searched for news articles on Project Cheetah during the 2009-11 period when Ramesh was the environment minister and found articles on Hindustan Times and The Hindu websites.

With Iran refusing to give cheetah to India for translocation, Union Minister of State for Environment and Forest Jairam Ramesh said today that efforts would be made to get this animal from Kenya, South Africa or Namibia.

The article in The Hindu (published on 29 July 2010) is about a report named “Assessing the Potential for Reintroducing the Cheetah in India.” The report was submitted to MoEF and brought by Wildlife Trust of India (WTI) and Wildlife Institute of India (WII).

The introduction part of the report submitted to MoEF mentions Jairam Ramesh’s name. It states that the assessment report was created following the letter given to Dr MK Ranjitsinh by the then MoEF minister (This was the letter shared by Jairam Ramesh on Twitter).

A consultative meeting of global cheetah experts was conducted under the aegis of WTI at Gajner, Rajasthan on 9 September 2009. It was inaugurated by Mr Jairam Ramesh and after this meeting, he asked Mr Ranjitsinh to formulate a roadmap for Cheetah reintroduction.

The assessment report mentions suitable places for inhabiting Cheetahs in India and Kuno wildlife sanctuary, which later became a National park in 2018, was one among them. These details are also available in the Cheetah reintroduction action plan published by the NDA government in 2021.

Moreover, questions were raised by MPs in Loksabha and Rajyasabha on this topic on multiple occasions. Reply given by Jairam Ramesh to a question raised in Lok Sabha on 1 December 2010 read as follows: “The States having the potential sites (Madhya Pradesh and Rajasthan) have been addressed, and an ‘in-principle’ agreement has been received from Madhya Pradesh.”

The then MoS of MoEF Jayanthi Natarajan had informed Rajya Sabha on 23 August 2011 that three sites, including Kuno, were identified for reintroducing Cheetahs in reply to a question regarding the project.

Cheetah Conservation Fund or CCF is a research organisation working in the field and is based in Namibia. CCF was one of the principal organisations that gave scientific support to bring Cheetahs from Namibia. They had also participated in Gajner consultative meeting.

We found a press release of CCF published in 2011. It states that the Palpur-Kuno wildlife sanctuary was selected for reintroducing cheetahs. They have also mentioned that the CCF conducted a field inspection in Kuno for the same.

Indira Gandhi's government held talks with the Iranian government to bring Asiatic Cheetahs in the 70s. But the plan was stalled as the Shah of Iran was toppled down in 1979. (Reported by BBC and Down to Earth)

We had contacted Dr MK Ranjitsinh for comments and he said:

Governments to their credit have at different points of time supported the proposal for Cheetah reintroduction. The initiative has invariably come from individuals at each period of time. This happened first in 1972 when the proposal had the support of the then Prime Minister. In 2009, the project was kickstarted again with the support of the then Union Environment Minister. With the Supreme Court’s order issued on January 2020, nullifying its earlier verdict in 2013 stalling the Cheetah project, the Union government and state government of Madhya Pradesh went on with the project.

As per the documents available in the public domain, it is evident that the initial works for the introduction of African Cheetahs in India were carried out during the period of Jairam Ramesh.

A PIL was filed before the Supreme Court in 1995 on the rehabilitation of Asiatic Lions in Kuno. In 2012, Amicus Curiae PS Narasimha filed an interlocutory application against the introduction of African Cheetahs in Kuno. The court stalled the project in 2012 and gave judgement in 2013 staying the Cheetah reintroduction project of MoEF, stating African Cheetahs as foreign species. Moreover, the court also criticised MoEF for not consulting National Board for Wildlife (NBWL). Later, the NDA government appealed and earned a positive judgement in 2017.

Screenshot of the relevant part from the Supreme Court judgement in 2013.

Why Kuno National Park was selected for the project?

There was a project to rehabilitate Asiatic lions from Gir, Gujarat to Kuno National Park during the 90s. Villages around the then wildlife sanctuary were evicted to make space for the lions and a substantial amount of money was invested for prey base improvement. However, the project became a standstill due to the constant defiance of the Gujarat government. As basic preparations for accommodating big cats were carried out, Kuno got the first priority for introducing Cheetahs from Africa.

The statement of Prime minister Narendra Modi saying no meaningful effort has been made to rehabilitate Cheetahs for the past seven decades is factually wrong. During the 1970s, the then government under Indira Gandhi held talks with Iran about bringing Asian Cheetahs to India.

The initial works for introducing African cheetahs were carried out during the period of Jairam Ramesh as the MoS for the Ministry of Environment and Forest. But it was stalled by the Supreme Court in 2012. Later, the NDA government earned a positive judgement in 2020.