Mass culling is not the solution, no golden hour in rabies treatment, says experts 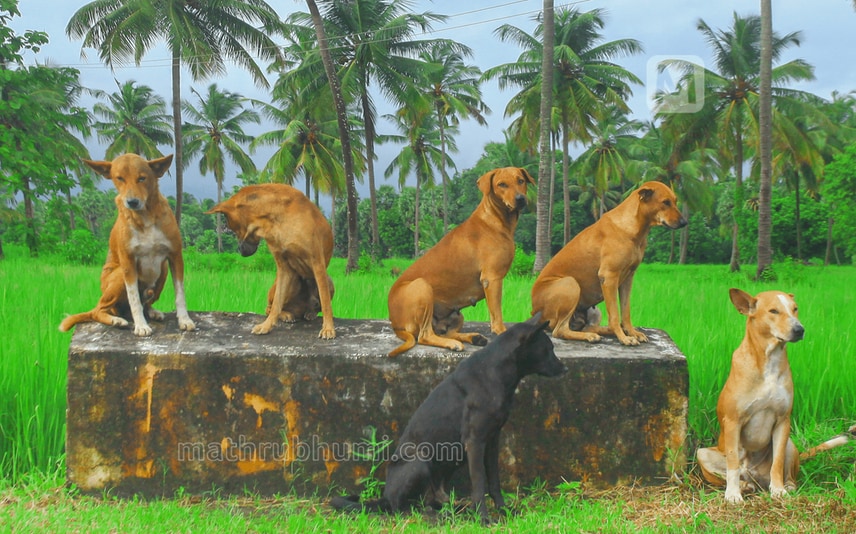 Kerala has been debating extensively about ways and means to tackle stray dog ' menace ' in the state these days. However, the experts say that the vast amount of misinformation shared in public is creating hysteria about rabies and stray canines. Veterinary doctors, who spoke with english.mathrubhumi.com, debunked myths about the inefficacy of vaccines and confirmed there is no designated 'golden hour' in treating patients who suffered from dog bites. Further, experts are also wary about the much-touted Animal Birth Control (ABC) programmes and question the 'scientific preparedness' of the government in carrying out the task.

Due to the mounting pressure from the public, the state government has decided to seek permission from the Supreme Court to kill violent and rabies-infected canines, a policy viewed by experts and zoophilists as an 'ill-judged move.' Experts say mass culling of dogs is never a solution for the current crisis. Even if we plan a drive to cull street canines, we need proper mapping to identify dangerous dogs. However, no such data is available today on the number of street dogs in Kerala. As a result, there is a huge possibility that people use it as an excuse to massacre dogs across the state. Here is where the problem lies, says a former doctor who was in charge of 'rabies immunisation clinic' in a government hospital.

The mass killing of dogs also has a negative impact on people. Experts point out that mass culling could impact the public psychologically, not to mention children, due to 'inhumane' methods used to kill dogs. 'There is a chance for a lasting impact if we kill dogs in massive numbers without considering the science behind it. Identifying the dog that is dangerous to society is required here. Otherwise, we might be killing a dog already immune to rabies and thereby risking the chance of breeding a generation free of rabies virus. As a result, the rabies will continue to persist and might double fold in future.'

Meanwhile, the financial implication of conducting culling could impact the state government. It is opined that the amount of workforce needed to carry out the task could also lead the drive in the path of failure. Further, unnecessary mass killings and lack of coordination from the state, district, and Panchayath level bodies could lead to the mass extermination of dogs.

'One of the concerning things in Kerala is the increasing number of wild animal interactions with domesticated animals, leading to the spread of viruses, including rabies, among dogs. As a result, rabies is spread from wolves, monkeys, and other wild animals to dogs, cats, and other domesticated animals. Therefore, culling dogs is not the solution to the problem. It can only lead to more problems, '

The reality behind mass sterilisation drive

Experts and NGOs warn about the 'lack of clarity' over the state conducting a massive vaccination drive for stray dogs from 20 September to 20 October 2022. Suggestive measures include mapping the dog population, using shelter homes, and a planned sterilisation campaign.

A veterinary surgeon pointed out that Animal Birth Control (ABC) programmes can only be carried out in areas identified to have a large stray dog population. As per the principle laid out by experts, 70% of stray dogs should be sterilised to get the result. Therefore, massive sterilisation could backfire if random stray dogs are sterilised without considering the underlying factors associated with it. Experts unanimously say that the issue cannot be resolved swiftly, and instead requires timely intervention to cut down the number of rabies cases in Kerala.

First, there is a need to map areas where stray dogs are most prevalent. Then there is the need to start a shelter in these areas. The government plan to start temporary shelters in all panchayats to house dogs is not backed by scientific studies or data. 'The issue can be easily resolved if sterilisation and sheltering are planned at the ward levels. At present, there are nearly 20,000 wards in Kerala, and people living in each ward will be aware of the areas where stray dogs are prevalent. They could also identify the dogs that are dangerous to the public. Through categorisation, the dogs can be assigned to different shelters. If dogs are all put in the same shelter, there is a chance for a non-violent dog to turn violent. They will fight each other inside shelters for food. To avoid this, there is a need to decentralise shelters and categorise dogs at the ward level,' said MK Narayanan, Dean of the College of Veterinary and Animal Sciences, Pookode.

The tragic demise of a 12-year-old Ranni native after getting bitten several times by a stray dog opened up a debate over the efficacy of anti-rabies vaccines.

After being bitten, the girl received three doses of the anti-rabies vaccine and was scheduled to get the fourth one on September 10. However, her health deteriorated, and she died on September 6. Following this incident, it was criticized that the doses of vaccines administered to the girl were ineffective. However, the government was quick to dismiss the ineffectiveness of vaccines.

Experts in the area told english.mathrubhumi.com that the death culminated from a combination of unknown events instead of vaccine inefficiency. They also dismissed the 'golden period' for a patient to receive treatment after getting a dog bite before it turns serious.

'There is no proof available for us to say that the girl died due to the inefficiency of the anti-rabies vaccine. If the quality was inferior, then the same situation should affect lakhs of people who administered the vaccine. However, that is not the case here. Intradermal rabies vaccination (IDRV), an intramuscular rabies vaccination, was found to be very effective in rabies treatment. Therefore, there is no need for people to panic about the vaccine quality.'

Further, there is no designated golden hour in treating patients who suffered from dog bites. A patient is first administered a test dose of Immunoglobulin (HRIG) --- which provides immediate antibodies until the body can respond to the vaccine by actively producing antibodies on its own --- to check whether they are ready to receive a full dose. However, there is a one-hour time gap between these two doses. Therefore, the idea of immediate vaccination to fight rabies is just a myth.

Mass culling is not the solution, no golden hour in rabies treatment, says ...