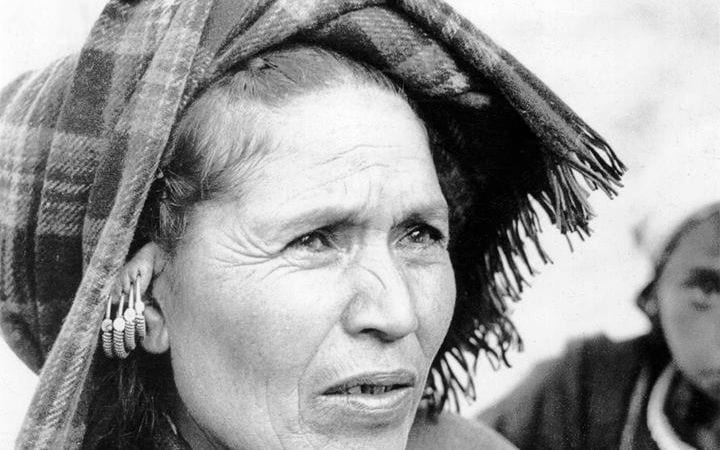 Gaura Devi, who made history on March 26, 1974 in Reni, a nondescript Garhwali village, by embracing (angalwaltha) deodar (cedar) trees sought to be felled by a forest contractor

The women led Chipko movement started after the 1972 Alaknanda disaster, caused by logging in the Alaknanda valley. Women connected the deforestation to landslides and flooding. As they pointed out, the primary products of the forest were not timber and revenue, but soil and water. Forests left standing to protect the fragile Himalayan slopes provide more to the economy than when they are extracted as dead timber.

It took the 1978 Uttarkashi disaster for the Government to recognize that the women were right. When the government had to spend on flood relief was much more than the revenues they were getting through timber extraction.

In 1981, in response to the Chipko movement, logging was banned above 1,000 km in Garhwali Himalaya. Today Government policy recognises that forestry in the fragile Himalaya has to be Conservation forestry which maximises the ecological services of the forest in protecting, not extractive forestry. However so called development projects are under mining the logging ban creating more landslides, more floods. The 2013 Kedarnath disaster washed away 20,000 people according to local communities, 5,000 according to government data.

In 1983, the Supreme court stopped limestone mining in Doon Valley, recognizing that the limestone left in the mountains, contributed more to the economy than the limestone extracted through mining on the basis of the ecological impact study done by the Research Foundation for Science, Technology and Ecology for the Ministry of Environment .The SC ruled that Art 21 of the Constitution which states Protection of life and personal liberty No person shall be deprived of his life or personal liberty requires that when commerce destroys ecosystems and ecological processes on which life depends , commerce must stop, because the continuity of life through protection of the vital processes of nature is a constitutional obligation. It is also an ethical and civilisational obligation. We talk of being members of Vasudhaiva Kutumbakam, One Earth Family with diverse species and cultures.

The foyer of the Ministry of Environment declares Prakriti Rakshati Rakshita {Nature protects when protected}. 1984 will be remembered for the world’s worst industrial genocide in Bhopal. That disaster started me on my journey to seek a nonviolent ecological path of food and farming, a journey that led me to create the movement Navdanya.

The Environment Protection Act 1986 was created so we have “No More Bhopals,” no more human induced floods and landslides that take lives.

But our civilisational values, constitutional obligations and the EPA law are being systematically violated, resulting in increasing loss of lives every year. This May 2nd, another gas leak took place at LG polymer plant in Vishakapatnam, killing 14 people and injuring 400. The plant had had not gone through the EIA approval process .

In 2018, floods killed 483 people in Kerala, causing damages of re. 40,000 crore. In 2019, floods in the state killed 212 people, impacting another 2 lakh. This year so far, 43 people have died due to floods and landslides. In Assam 107 have died and 40 lakh displaced, more than the number of Covid deaths. In Bihar and UP, 120 have died, 6.4 crore affected. Our civilisational Dharma, Article 21 of the constitution, and the EPA require that government acts to prevent such deaths .

Instead at the peak of the Covid-19 lockdown, the government took an action to lockdown nature and life, by knocking down regulations that protect both. It introduced a Draft EIA 2020 which denies people their right to public participation and their role in holding guilty, greedy corporations accountable. Only the violator has a right to report his crimes against nature. The rights of nature and citizens are being erased in the draft. Post facto clearances are being introduced in place of prior, participatory processes of public hearings and public participation.

As former environment Minister Jairam Ramesh has noted that EIA 2020 in “not only dangerous but blatantly illegal. Subordinate legislation cannot rewrite the mother law (EPA 1986)”. 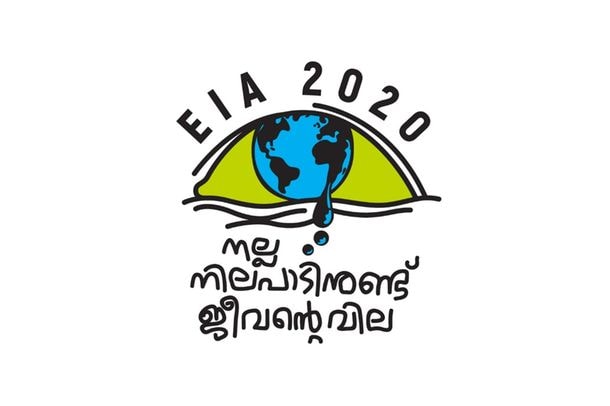 The government has justified EIA2020 as promoting “ease of doing business.” This is a declaration to Mother Earth and to Indians that we will sacrifice you for the hyper profits of our corporate friends. We will put commerce, greed and profitsa bove our culture and ecological civilisation. We will ignore the teachings of the Isha Upanishad which says: Ma gradhah {abhor greed}; instead we will make Greed the new religion. “Isavasyamidamsarvamyatkim ca jagatyamjagat, tenatyaktenabhunjitha, ma gridhahkasyasviddhanam” (Isa 1)
{The Universe and the Earth is permeated by the divine and is for the benefit of all beings. We should enjoy the gifts of the earth through renunciation, not through greed of possession and exploitation. Taking more than our share to fulfil our needs is theft from other species, other humans and the future}.

We will place corporate profits above the human rights protected under article 21 of our constitution, the PESA Act, the Forest Rights Act, and above the EPA meant to protect the environment. The laws that protect us are being projected as speed barriers on the superhighway to making profits by extracting natural resources with no concern for ecological limits and laws.

The environment is not something outside us, separate from us. We are part of nature not separate from her. Harm we do to nature is also harm to humanity. Deforestation causes floods and pandemics. Covid-19 teaches us that protecting nature, our forests and our biodiversity is a health and survival necessity.

New pandemics and infectious diseases like Covid-19, Sars, Mers, Ebola, Zika, Monkey disease are being created because a maldevelopment model based on limitless growth and limitless greed is invading into the ecological habitat of other species and cultures of indigenous people, displacing people and manipulating animals and plants with no respect for their integrity and their health. The illusion of the earth and her beings as raw material to be exploited for profits is creating one world connected through disease.

As forests are destroyed, as our farms become industrial monocultures produce toxic, nutritionally empty commodities, and our diets become degraded through industrial processing with synthetic chemicals and genetic engineering in labs, we get connected through disease. The UN has warned that we are only looking at symptoms. More deadly disease outbreaks are likely if we continue to destroy forests and biodiversity. And more deadly floods, with more deaths .

We have to protect nature if we want to live. The government should withdraw the draft EIA. Otherwise history will judge the government as the destroyer of our ecological civilisation our constitution, our laws that protect nature, citizens and future generations.

(The Malayalam version was published in the edit page of Mathrubhumi on August 20, 2020)