Most drugs cause an excess of dopamine in the brain which can decrease cravings for food. When people don’t have an appetite, they won’t feel the need to eat. Chronic drug users may even forget to eat altogether because their brain isn’t receiving messages of hunger. This leads to weight loss, hence many girls are tempted to use drugs, for having a slim body.

We are facing an unfortunate reality: young girls are using drugs like never before, are getting involved in drug trafficking and drug- peddling, getting addicted, getting trapped in sex rackets and conversion rackets. Lack of adequate research, surveys, trustworthy data, compels reliance on sketchy press and media reports to arrive at a reasonable conclusion on a sensitive topic. Newspapers are regularly reporting cases related to drug seizures, drug related violence, rave parties being busted, drug facilitated sex offences and drug induced religious conversions. From a reading of such occurrences, it can be deduced that there is an alarming focus on young girls in all aspects of the illicit drug trade.

Young girls are being lured and offered free drugs of all kinds in schools, colleges, workplaces and at social events by male friends, acquaintances, classmates, colleagues and purported lovers. Factors related to changes in the performance of gender roles, family structures, women’s struggle for space in the job market, stress, excessive activity, anxiety, and difficulty in coping with problems, all come handy for the drug pusher. There are lots of young girls from good homes and good backgrounds who first get involved in drugs, get addicted and then are forced into prostitution as a way of supporting their habits. Initially drugs feel good, refreshing and relaxing but with each passing day it damages the body and brain. 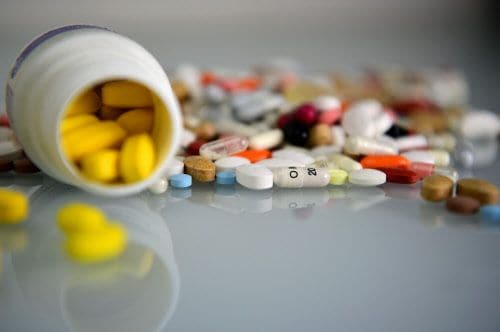 Adolescents with poor body image may turn to drug use as an escape from their feelings of low self-worth and depression. Every young girl desires to be pretty and thin, middle-aged women are desperate to preserve their youthful suppleness and figure, hence great stress on body image evolves. Defined as “the cumulative set of images, fantasies, and meanings about the body, its parts and functions,” body image is an integral part of self-image and forms the basis of self- representation. Body image development is an important element of the developmental process. Perceptions of their body become increasingly important during adolescence as girls experience multiple physical changes. Many young girls are dissatisfied with many aspects of their body, want to be thinner, and indulge in heavy dieting. Poor body image during adolescence puts young girls at risk for a number of problems, including low self- esteem, depression, and can pave the way for drug use as a method to cope up with the stress of developing a body beautiful. Girls and women who frequently diet, go on crash diets, have a fear of weight gain, have the poorest body image whereas those who never diet have a more positive body image.

Appetite is controlled by blood sugar levels and other physical cues. When the stomach is empty or the body needs food, the areas of the brain called the prefrontal cortex and the striatum are responsible for receiving messages of hunger. However, when dopamine levels are thrown off by drug consumption, the way neurons in the brain communicate changes.

Most drugs cause an excess of dopamine in the brain which can decrease cravings for food. When people don’t have an appetite, they won’t feel the need to eat. Chronic drug users may even forget to eat altogether because their brain isn’t receiving messages of hunger. This leads to weight loss, hence many girls are tempted to use drugs, for having a slim body.

Being beautiful and youthful is highly appreciated by society, hence young girls put in a great deal of effort to be physically attractive. Being pretty gives a sense of self confidence. According to one theory, a beautiful face stimulates the brain's μ-opioid receptors, thought to be a key part of the brain’s biochemical reward system. A cluster of regions deep in the brain is involved in our evaluation of other people’s beauty, it gives an immediate response – an extra dose of pleasure when we see a beautiful face. The feeling is the same when a small dose of drugs is consumed. The reward system is involved in generating the experience of pleasure when, for instance, we enjoy tasty food or happen to get something exciting. The same system creates the feelings of pleasure when we look at a pretty face. Facial attractiveness stimulates the same brain region as the opioid morphine, giving the same feelings of happiness, thrill and joy.

Across the globe people from all cultures agree on who is and who is not attractive, and throughout the world, attractive people show greater acquisition of resources and greater reproductive success than others. The brain employs at least three modules, composed of interconnected brain regions, to judge facial attractiveness: one for identification, one for interpretation and one for valuing. Key factors that go into the judgment are age and health, as well as symmetry, averageness, face and body proportions, facial colour and texture. These factors are all signals of reproductive fitness because they are difficult to conceal. However, women deceive others using tricks such as colouring hair, cosmetics and clothing styles. Hence the use of image enhancing drugs by women, as these give also sexual stimulation.

Drug peddlers, boyfriends, office colleagues make use of the weakness of women to look sexually attractive to offer many different types of drugs like Alcohol, Cannabis, Cocaine, MDMA, GHB, Amphetamines, and Opioids. Many of these drugs enhance the sexual experience, thereby giving the user great self-confidence and trust in their facial attractiveness and the ability of the body to perform. Cannabis has the ability to induce deep relaxation of the mind and body while also stimulating those creative thoughts and energies that lead to a heightened sense of pleasure for many. This is because Cannabis is also a vasodilator, meaning, it increases blood flow and can make the already- sensitive parts of our bodies even more sensitive, hence its reputation as a mood-elevator. Hence the popular saying that women and Cannabis are a ‘match made in heaven’.

Unfortunately, Cannabis and other drugs are highly addictive, the initial euphoria and excitement quickly gives way to enslaving addiction and consequent sexual exploitation by so called lovers, boyfriends and colleagues. Chemical dependency in the victim places the exploiter in a position of power, thus keeping the victim engaged in sexual slavery. Soon the sole reason to live is only for the daily dose of drugs, nothing else matters.

At this stage the helpless victim can easily be trapped by sex traffickers. Human trafficking is the second-largest criminal enterprise in the world, with an estimated industry of $150 billion. To coerce a victim through the use of drugs, a recruiter identifies a person with a substance abuse issue and supports their addiction by supplying the drug of choice. The trafficker then exploits their fear of withdrawal symptoms by coercing them into prostitution. As a method to perpetuate the cycle of victimization, the trafficker retains power, providing just enough of the drug to keep the person from experiencing withdrawal and to coerce them into commercial sex. Once a girl is coerced into entering the commercial sex trade, escape is highly unlikely. Many will continue being sexually exploited well into adulthood. Multiple coercion tactics are deployed to control and exploit the victims and ensure that they remain trapped in the insidious world of sexual slavery.

Pakistan, Thailand, China, India, and Bangladesh are in the top 10 for countries with the largest number of trafficking victims around the world. India is at the top of the list with 14 million victims, China comes in second with 3.2 million victims, and Pakistan comes in at third with 2.1 million victims.

According to a study by Reuters out of an estimated 20 million commercial prostitutes in India, 16 million women and girls are victims of sex trafficking.

According to the latest report of the United Nations Office of Drugs and Crimes (UNODC) “... the most common form of human trafficking (79%) is sexual exploitation. The victims of sexual exploitation are predominantly women and girls. Surprisingly, in 30% of the countries which provided information on the gender of traffickers, women make up the largest proportion of traffickers. In some parts of the world, women trafficking women is the norm”.

The need for improved international response to human trafficking and commitment to its eradication is illustrated by its prominent inclusion in the targets of the United Nations (UN) Sustainable Development Goals (SDGs) and the Global Compact for Safe, Orderly, and Regular Migration (GCM). Eradicating human trafficking is addressed specifically in goals 5.2, 8.7 and 16.2. The GCM’s 10th Objective also calls for specific measures to prevent and combat trafficking in persons in the context of international migration (Migration Data Portal, 6 th May 2021).

Drug cravings rob the victim of any sense of discrimination and the power to resist any coercion attempts. The desperation to get the daily dose is so overpowering, that the victim accepts any demand, this is because areas of the brain that relate to judgment, decision making, learning, memory, and behavioural control, have been severely affected by repeated ingestion of drugs. Though the girls are aware of their plight they will not be able to stop even if they want and try to. The addiction has caused serious physical and psychological problems as well as interpersonal problems such as with family members and friends or at work.

Early intervention is one of the most impactful ways which can prevent young girls from falling into the vicious trap of drugs. Educating families, students, and office-goers on the effects of drugs on women, is the only easily feasible solution. Drug awareness programs providenthe knowledge necessary to avoid risky situations and information to make healthier personal choices. It aids in creating personal strategies for avoiding both negative peers and the inherent social pressures associated with drug use in social scenarios. Drug and alcohol education in schools and colleges, special programs for working women, can help to empower women and save them from risky situations.

Vijay Babu seeks more time to appear for questioning as he is in 'business tour', police deny