Coral Reefs: A closer look into the diverse marine ecosystem 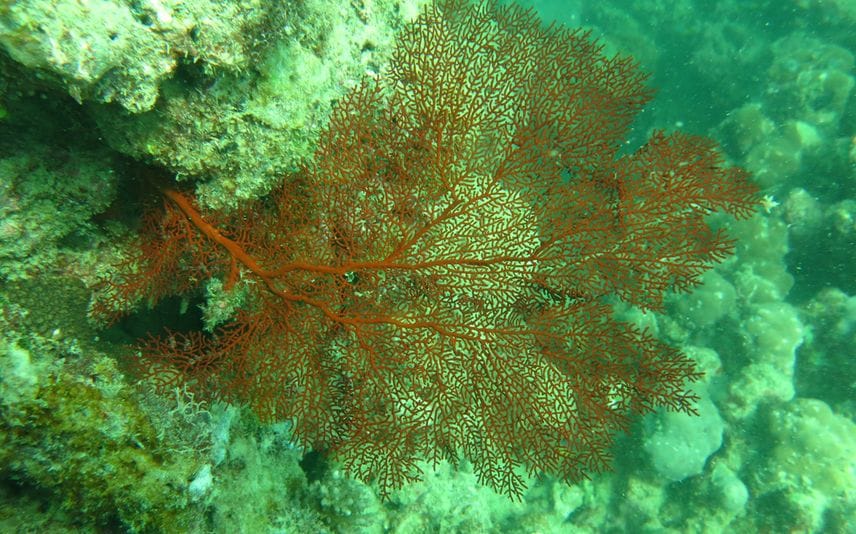 Coral reefs are one of the most biologically diverse marine ecosystems. Though occupying less than 0.1% of the world’s oceans, the tropical coral reefs support approximately one-fourth of the marine species by providing food and shelter. Coral reefs can form either around the coast (fringing reefs) or at a distance from the coast (barrier reefs) or on top of volcanic islands (atolls). Coral reefs reside in more than 600,000 km2 of tropical oceans. Coral reefs of Southeast Asia occupy 100,000 km2 which constitute 600 reef-building coral species (PWP, 2011). The Coral Triangle comprises oceanic parts of six countries such as Indonesia, Malaysia, Papua New Guinea, the Philippines, Solomon Islands, and Timor-Leste. Indonesia has the largest coral reef in Southeast Asia (about 53% of the world’s coral reefs) (Burke et al., 2002), estimated to range from 17,500 km² to 85,707 km². India has four major reef formations, two reefs in mainland India and two in the oceanic islands (Table 1). India has all the major coral reef types. In addition to these, scattered coral growth has also been reported along with certain inter-tidal belts and submerged banks both on the east and west coasts of the country. The distribution and status of coral reefs outside these major reef formations are largely unknown. A total of 585 species of corals distributed among 108 genera and 23 families have been reported from the four major reefs of India (De et al., 2020). Andaman and Nicobar Islands is the most coral speciose region, while the diversity is poor in the Gulf of Kutch.

Fringing reefs: They are shore reefs that grow directly from ashore. In this reef, there is no deep-water channel is formed between the reef and coastlines. However, there often are areas of shallow intertidal or sub-tidal sand bottom lying between the beach and the inshore edge of coral growth.

Barrier reefs: Barrier reefs differ from fringing reefs or atolls in that they are separated from the coastlines by deeper, wider lagoons. The 1200-mile long Great Barrier Reef off the NE coast of Australia is the world's largest barrier reef. The second-largest Indo-Pacific barrier reef lies off New Caledonia's NE coast.

Atolls: The rings of the oceanic coral reef system that make surrounding a large protected lagoon in the middle of the oceans. They have sunk back down into the ocean. In the South Pacific, most atolls occur in French Polynesia, the Caroline and Marshall Islands, Micronesia, and the Cook Islands.

Patch reefs: They typically grow between fringing and barrier reefs on the island platform or continental shelf.

Andaman and Nicobar archipelago is a chain of more than 800 scattered islands and rocky outcrops extending north to south between 6° 45' N and 13° 30' N latitudes and 90° 20' E and 93° 56' E longitudes in the Bay of Bengal. The total landmass of these islands is 8249 km2. Andaman Island group covers an area of 6408 km2 and it consists of 324 major islands, of which 20 islands are inhabited. Nicobar group comprised of 24 major islands with a landmass of 1841 km2 of which 13 islands are inhabited. This archipelago has a continental shelf of 35,000 km2 with an Exclusive Economic Zone (EEZ) of 0.6 million km2. The entire coastline of these islands is wavy with many long, narrow creeks, lagoons and bays supporting sandy, rocky, muddy beaches and mangroves. On the northeastern side of the Andaman, close to Barren and Narcondam Islands, there are extinct volcanoes where some underground geothermal activity can still be perceived occasionally. The Andaman and Nicobar Islands are surrounded by the Coco Channel in the North, the Andaman Sea in the East, the Great Channel in the South and the Bay of Bengal in the west. The mean annual temperature of these islands varied from 24ºC to 32ºC. Precipitation is slightly higher in Nicobar with an average annual rainfall of 3000 to 3500 mm. 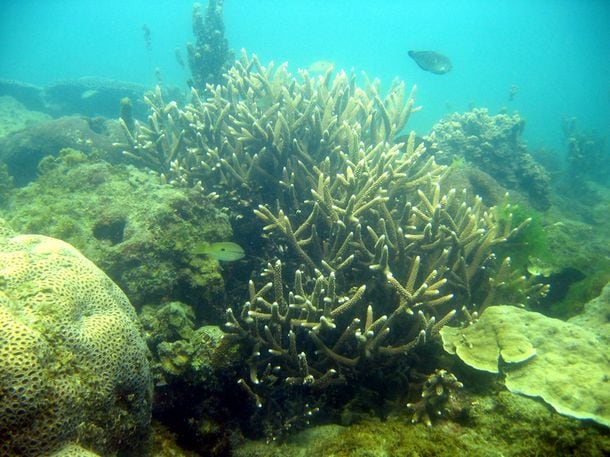 Andaman and Nicobar Islands represents a unique combination of some of the richest and varied forest and marine ecosystems occurring in the tropics. Dense tropical wet evergreen, moist deciduous, littoral and mangrove forests of these Islands harbour many endemic plant and animal species. In terms of marine faunal diversity, the coral reefs and associated marine fauna of this archipelago is the richest amongst all marine habitats in the country. A total of 523 species of corals belonging to 95 genera and 23 families are recorded from the Andaman and Nicobar Islands (De et al., 2020). Being the most coral-speciose region, Andaman and Nicobar Islands contributes to more than 80% of the total Indian coral diversity. Two endemic azooxanthellate corals species viz., Deltocyathus andamanensis and Polycyathus andamanensis are known from these islands (Venkatraman, 2006). The Andaman and Nicobar Regional Centre has carried out research studies under the National Coral Reef Research Institute funded by the Ministry of Environment, Forest and Climate Change, Government of India since 2002 and also established 10 permanent long-monitoring plots in Andaman and Nicobar Islands.

The fauna of the archipelago is distinct from that of mainland India having similarities with Thailand, Malaysia and Indonesia. Andaman group of islands represents the Indo-Burma Hotspot of the world while Nicobar group of islands are partially included under Sundaland Hotspot of the world (IUCN, 2016). A total of 105 protected areas comprising 96 wildlife sanctuaries, 7 national parks, two marine national parks are designated at Andaman and Nicobar Islands along with Great Nicobar Biosphere Reserve to protect, conserve and sustainably manage biodiversity of these ecologically fragile islands.