CDS Gen Rawat – a leader who led from the front

A senior officer who knew Gen Rawat since his cadet days in NDA, and later served together in Kashmir, remembers an excellent pugilist, who exhibited similar quick reflexes in insurgent terrain and was a leader of men, caring for the wellbeing of jawans under his watch 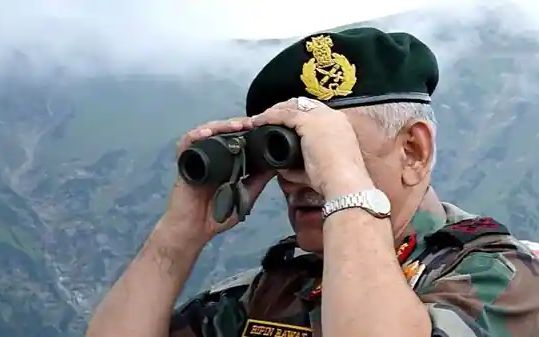 General Bipin Rawat was an outstanding soldier, officer and a gentleman. While at the National Defence Academy, Khadakwasla, he excelled in both academics and sports. A very hardworking, keen, and dedicated cadet, he actively participated in all activities cheerfully and willingly. He was always an accepted member of the team. Though he was in a different squadron and two years my junior, I occasionally ran into him during games and sports. He was a very good boxer and took pride in excelling in that contact sport.

Subsequently, we were together commanding the Rashtriya Rifles sectors in North Kashmir during 2006-07. He was in 5 sector RR close to Bandipora, while I was in 10 Sector RR close to Srinagar. We met on a number of occasions during operations as well as conferences and discussions at Kilo Force HQ.

He was always calm, composed, and confident. Even during operations, he kept his cool. God fearing and well mannered, he always ensured that the men under his command were looked after and cared for. Jawans liked him immensely. He always liked to spend time with the troops and interact one on one with them. This way, he was able to get to know their feelings and aspirations better. Also, he got direct feedback on operations, training, and welfare measures.

Gen Rawat was a leader who always led from the front. Probably, it is this quality that gave him the courage to call a spade a spade, unmindful of the consequences. He spoke his mind even if it led to him becoming unpopular in the bargain. But what differentiated him from others of similar disposition was that before venturing an opinion, he would have studied the subject in detail, weighed the pros and cons, making for giving his views with confidence and clarity.

Having served in the insurgency areas in Kashmir and Northeast earlier, he knew the situation on the ground very well. He always believed in knowing the opponent well before launching operations. To that end he ensured a very good intelligence network in the battalions of his sector. He cultivated informers all over the terrain.

I remember one incident. Once travelling from my HQ to his area, my QRT (Quick Reaction Team) got detached and my vehicle got separated while moving through the terrorist infested areas of Sopore.

Brigadier Rawat, who was monitoring my movement got real time information through his informant about my plight. He immediately sent a rescue team, thus salvaging a potentially embarrassing situation. This revealed his acumen in quickly assessing a situation, enabling him to outwit the enemy with a high level of success and minimum casualties to the troops under his command.

Bipin Rawat was a man of frugal habits and lived a normal life even when he attained great heights in the defence hierarchy. We will always remember him with pride and respect. God bless his soul.