When a white tailed deer amazed an ornithologist 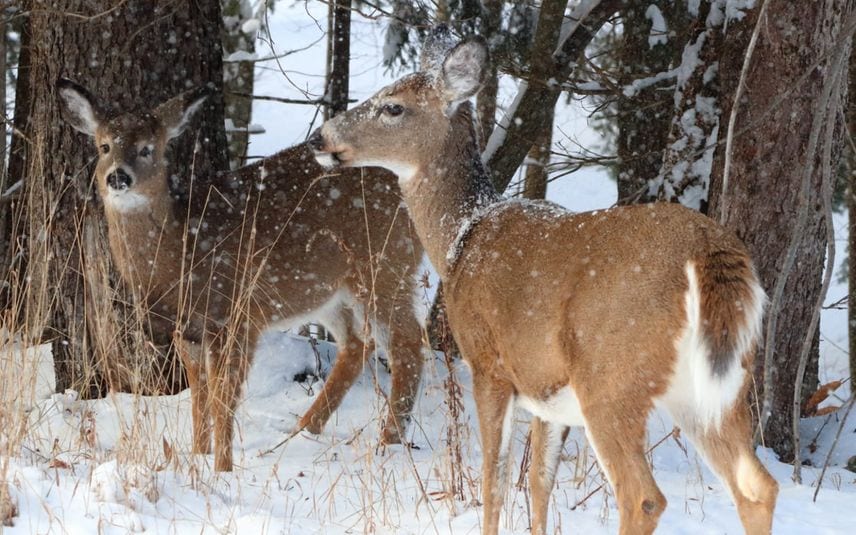 Bruce Bheeler, a prominent ornithologist, had spent a few days in the Adirondacks Mountains area of North America enjoying snowy tracks. It is an enthralling landscape dominated by conifers. The possibilities for birding is an added attraction.

Bruce Bheeler, who works with the globally renowned Smithsonian Institution as an ornithologist, is the author of a celebrated work on the birds in Papua New Guinea. The Pacific Ocean island has dazzling birds that had astonished even Charles Darwin and many succeeding naturalists.

Bheeler said that a white tailed deer approached him twice when he made squeaking sounds. The deer licked his proffered fingers. He then patted it on the head. It was an unusual experience in wild for him.

Bheeler has been writing blogs that opens up for the readers many a facets of nature. He was able to watch some of the beautiful birds like chickadee that flock and hunt for winter food. He said they greeted him in a lovely and friendly manner.

Let’ s take a leisurely stroll across the Instagram wall of Yaami, the photographer. What do we see? A certain newness topped with a sort of subtlety in ..

"See for yourself, this looks nothing less than Wayanad right now. This place used to be different, where you see these trees now, it was an industrial ..

The mesmerizing feel and softness of Chiffon sarees has enthralled millions of ladies across the world. In the amazing galaxy of sarees, Chiffon sarees ..

We have seen many people who have dedicated their lives to travel. But Kumbu alias Jibin Madhu is a unique traveller. The 24-year-old Kottayam native has ..