When he came to power, Prime Minister Modi said: “ I will not eat your money and I will not allow anybody else to eat your money”. Dozens of civil servants from various services were dismissed from service during the past seven years. 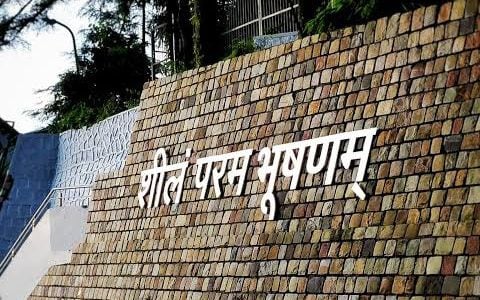 When the nation is in a jubilant mood at the 75th anniversary of its independence, the Indian Civil Service has to do a soul search. ‘Are you civil to the people?’, ‘Are you in service of the common man?’ India expects every civil servant to do his duty. People want action, not an alibi for inaction.

India wants its civil service to hold hands with the less privileged who have fallen on the way. India needs Karmayogis who will be friends in need for the common man. The Mission Karmayogi, announced by the Prime Minister, is the proverbial stitch in time for the Indian bureaucracy. Taking in its fold 46 lakhs of government employees, this imaginative exercise has come at a time when people look forward to good governance as the key to the progress of India, particularly in the post-covid world. The well thought-out, people-oriented programs of the government should not be lost on the way but should reach the end user, the common man.

What are the salient features of the Mission Karmayogi? This Rs. 510 crore project, which is sought to be implemented in the country under the direct supervision of the Prime Minister himself, seeks to overhaul the bureaucratic machinery and make it well-oiled and fighting fit. Its main features are:

The proof of the pudding is certainly in the eating and to ensure that the objective of the mission are achieved in a time bound and measurable manner, new institutional mechanisms will be put in place. The apex body which mentors the program is the Public Human Resource Council. Under it, there will be an autonomous Capacity Building Commission which will manage the reformed system and synergise training standards across the country. The apex council, on the lines of UGC, will supervise the training programs throughout the country. Premier institutions like the Lal Bahadur Shastri National Academy of Administration, Mussoorie, National Police Academy, Hyderabad and the National Academy of Direct Taxes, Nagpur will come under its ambit. Since the Prime Minister himself will be heading the new system, its importance and relevance in the governmental set up will naturally get an upward swing with all that it implies.

What are the deliverables of Mission Karmayogi?

Though the Mission Karmayogi is based on a lofty vision, there are supplementary factors which require it to be addressed simultaneously if the objectives of the mission are to be achieved. Systemic improvement and upscaling of standards, inculcating appropriate behavioural patterns, proper supervision and evaluation, incentives and disincentives, capacity building are all aspects which will give a new sheen to Indian civil service. But the canker which has affected the public administration system in the country, that is, political interference, irrational and frequent transfers calculated to harass the officers, corruption, political hegemony, are harsh realities which deface and defile Indian civil service. These are to be tackled with vigour and passion if the Mission Karmayogi is to achieve its expected results.

Sardar Patel wanted India to be led by the best of the lot in the nation. Somewhere on the way the shortcomings and inadequacies of the nuts and bolts of the government started showing off so much so that the common man was apprehensive whether the ill-fated mammoth called bureaucracy would buckle under its own weight.

The Mission Karmayogi is a step in the right direction, a step taken at the right time. From a police state to the largest democracy in the world, India has transformed itself to a welfare state. It is imperative for the government to ensure that its development and welfare policies reach the targeted group in the field. Last mile connectivity is extremely important. It is to ensure that the gap or hiatus between the government and the governed is narrowed so that this momentous mission has been launched.

Let us go to a scene at the Seattle Special Olympics. Nine children with special ability are on the track for the 100 yard dash. As the whistle goes, they all start off. One young boy tumbled and fell on the ground. Two of the children who ran ahead turned around and began running towards the injured boy. The two helped the fallen boy to his feet. All three of them held hands together. They ran together. They finished together. Everyone cheered them, some with tears rolling down their faces.

This should serve as an eye-opener for civil servants. They are the privileged one who run ahead. Are they willing to come back and lift their brothers and sisters who has fallen on the way? That is what the nation expects of them. If they fail, there can be no excuses. The problem is: once they cross the gates of Mussoorie Academy, they believe that they are Gods. They stop reading. They stop listening because they know everything. Mission Karmayogi is meant to equip the Indian civil service to explore the sound of silence, the inner world of administrative acumen.

Indian civil services need to be restructured, revamped and reoriented on the principles of good governance prescribed by the United Nations .

Is the bureaucracy corrupt? The answer is distressing. The vast majority may be above board, but there is a shocking minority which sells their soul for filthy lucre. As Shakespeare said: ‘misery makes strange bed fellows’.

When he came to power, Prime Minister Modi said: “ I will not eat your money and I will not allow anybody else to eat your money”. Dozens of civil servants from various services were dismissed from service during the past seven years. The Central Bureau of Investigation (CBI), National Investigation Agency (NIA) and Enforcement Directorate (ED), and others have been directed by the government to identify corrupt civil servants.

Chanakya has said about bureaucracy, "Lack of knowledge and skills, laziness, gluttony, over-indulgence, lust, anger, fear, greed and misuse of knowledge, power and designation are the sources of corruption in the government employees." A prophetic description of the present status of India’s civil service?

A corruption free civil service may be the best birthday gift to Bharat Matha when she celebrates the 75th anniversary of her independence.

India's states are disparate and divergent ...

Pink is blooming once again in Latin America ...