Shashi Tharoor will file nomination for the post of Congress president today, September 30. For the first time in the history of Congress after 1897, when C Sankaran Nair was elected as the president, a Malayali is contesting for the top post of the oldest political party in India. In an exclusive interview to K A Johny, Tharoor talks about why he has decided to throw his hat in the ring. 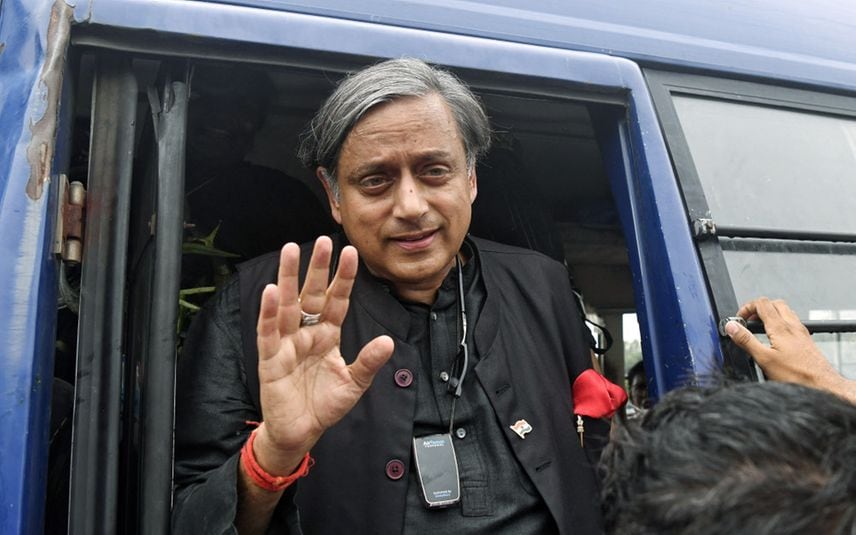 What made you take the final call in contesting for the Congress president's post?

To my mind, though the party presidential election is an internal exercise, it also represents an opportunity to ignite widespread public interest in the Congress and to galvanise its party workers. When, following the 2019 Lok Sabha election, Rahul Gandhi offered his resignation as the party’s president to take accountability for our stinging defeat, I was one of many who tried to talk him out of it. At the end of the day, he stuck to his decision and we must respect that. That being said, the longer the Congress waits to get its act together, the greater the risk of a steady erosion of our traditional vote bank and their gravitation towards our political competitors. Which is why I have long been an outspoken advocate for free and transparent elections within the party, including for the post of President—because a leader elected by the party workers will have a great advantage in addressing organisational challenges, as well as the process of rebuilding that is required to internally strengthen the rank and file of the party. Such a President would have extra legitimacy in reaching out to the public for support. In any case, “business as usual” will not lead us anywhere.

The current challenge faced by the Congress is twofold: We need to both articulate a positive and aspirational vision for the nation as well as work to fix the organisational and structural deficiencies that have impeded our recent efforts. I believe that a fresh leader, who has not been jaded by being entrenched within the current system for too long, could do both — energise a party that certainly needs it and at the same time, appeal to more voters than the Congress managed to during the last few elections. A democratic contest will bring vibrancy at all levels by prompting a healthy and constructive discussion on reforms.

I have taken the decision to contest for three principal reasons. For one, I share the view of the Congress President and of Rahul Gandhi that a democratic contest will only strengthen the party. I am also contesting because I have several ideas to reform and re-energise our party after our recent electoral setbacks, decentralise authority within it, increase consultative mechanisms and give our karyakartas more access to the leadership at all levels. And finally, I’ve always personally felt that if one believes strongly enough in something, one must be prepared to stick one’s neck out for it. It is an approach that has guided me in both my personal and political life. 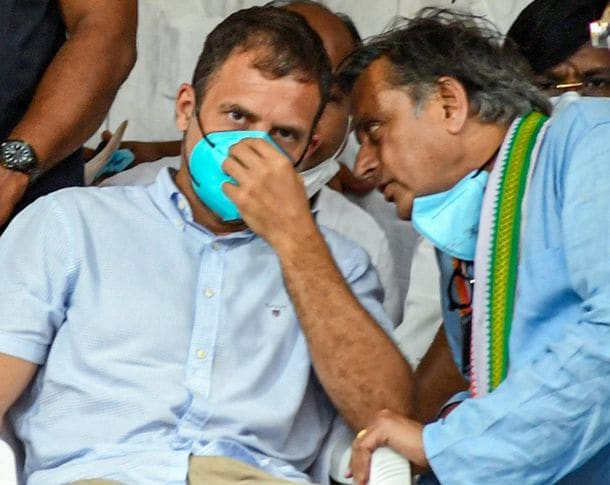 What are the strengths you are counting on in this battle?

The answer to the Congress’ current challenges lies in a combination of effective leadership and organizational reform. I have a proven and credible track record in leading at the highest levels of organisations, whether it has been at UN, where, as the Under-Secretary General in-charge of the body’s public information department, I managed the communications of the UN’s largest department comprising of over 800 staff in 77 offices worldwide, rationalised its structure, trimmed its budget and sharpened its efforts – all of which prompted many to urge me to contest to lead the Organisation itself. Or, more recently for the Congress party as founder-Chairman of the All-India Professionals’ Congress, which I had to create from scratch and which in just five years since 2017 has over 10, 000 fellows from across 20 states in the country. In terms of organisational reforms, I have outlined a set of priorities, as mentioned in the previous answer, which I believe can help strengthen the Congress and take on the machinery of the BJP. And finally, since our current situation is widely deplored, it may be an advantage not to have spent much time in the present party organisation.

I have never contested an election without seeking to win. A hat-trick of victories from Thiruvananthapuram, a seat won by the Left in two consecutive elections prior to my arrival, and where the BJP has risen to become my most potent challenger, will tell you that my results have so far vindicated that approach!

Will G23 lend unconditional support to you?

I’ve repeatedly said that the G-23 is not an organisation – the term is a creation of the media and a distraction from the larger cause of reviving and strengthening the Congress, which is a priority shared by Congress workers across the country, and not just a particular group of 23 people who happened to be in Delhi during the Covid lockdown to sign a letter. I am neither contesting on G-23’s behalf nor seeking any endorsement from them. My candidacy aims to revive the party, not to disrupt it. I am approaching these elections from the perspective of someone who has been advocating for a certain set of reforms as far back as 2014, much before there was any G-23, and I am seeking the support of all Congress workers in this endeavour. It is obvious now that Ashok Gehlot, the Rajasthan CM will not be fielded to fight against you. How do you find the emerging scenario? Do you think the High Command will now really take a neutral stand in the presidential election?

I don’t want to comment on the developments in Rajasthan, especially at a time when the Congress President is actively engaging with all stakeholders to find a resolution to the current set of developments. On the point of neutrality, it has been repeatedly stressed by the Congress President, Rahul Gandhi and Priyanka Gandhi in my conversations with them over the last two weeks that the Nehru- Gandhi family welcomes these elections, that they would like to see a diverse field of candidates contesting and are neither directly nor indirectly backing any one candidate. I’m happy to accept their assurances and remain convinced of the commitment of the party towards ensuring that these elections take place in a free and fair manner. Like many other Congress workers, I am glad to move on with an election process that in my view will only strengthen the party.

There are some observations that the contest may jeopardize your future in Congress. Do you have any such apprehensions?

As I said, I am contesting these elections principally because of my convictions and because I sincerely believe that this is a process that will galvanise and strengthen the party. If that results in some kind of adverse or negative reaction from certain quarters, then so be it. I also appreciate that I am widely seen as the underdog in this race, and that many people believe the establishment will come together to defend their own vested interests in the status quo. But sometimes one must have the courage of one’s convictions to do the right thing, regardless of the likely outcome.