The task before the government is to create an ecosystem conducive to the smooth operation of EVs. This, however, is not going to be easy, for the challenges ahead are formidable. 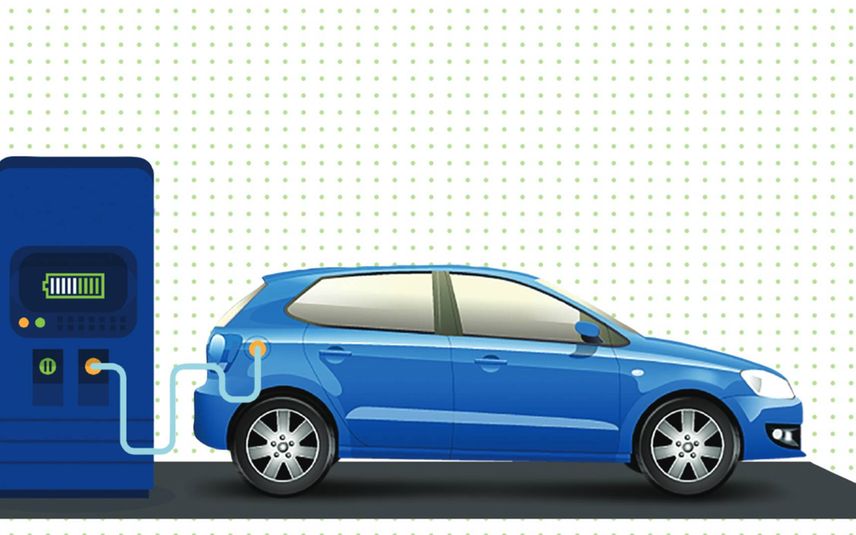 The most important global response to climate change has been the decision to check carbon emission by gradually reducing the use of fossil fuels. It resulted in a push for electric vehicles (EVs) and a serious search for clean energy sources. Prime Minister Narendra Modi said last year that by 2030 India’s economy would cut the intensity of greenhouse gas emission by 45 per cent of what it was in 2005. NITI Aayog, the country’s planning body, has predicted that by that year as many as 80 per cent of the two- and three-wheelers, 40 per cent of the buses, and 30 to 70 per cent of the cars in the country will run on electricity.

So, the plan is ready and now the task before the government is to create an ecosystem conducive to the smooth operation of EVs. This, however, is not going to be easy, for the challenges ahead are formidable. Substantial revenue loss to the Central and State governments, threat of unemployment, and possible tensions in Centre-State relations are some of these. And there are the inevitable concerns of the consumer.

Several Indian States welcomed EVs with exemption from road tax. Though the rates vary from State to State, road tax fetches considerable revenue for the States. (Kerala charges up to 21 per cent on a four-wheeler’s ex-showroom price while Tamil Nadu charges up to 15 per cent.) Data on the road tax revenues of the States are not easily available. But an analysis of reports suggests that Karnataka will suffer an annual loss of around Rs 1,500 crore. Further, goods and services tax (GST), which is a maximum of 28 per cent on petrol- or diesel-driven automobiles, is only a maximum of 5 per cent on EVs. One cannot ignore the GST revenues lost on account of a fall in the sales of fossil-fuel-driven vehicles and also spare parts, fuels, engine oil, etc. they need.

Currently, taxes on petrol and diesel are a major source of income for the States. In the first half of the financial year 2021-22 Karnataka earned Rs 9,720 crore on this account, which means around Rs 20,000 crore that year. A 25 per cent fall on account of EVs will be Rs 5,000 crore. The additional income from electricity used to charge EV batteries will, at the present rates, be nowhere near this figure.

Vehicles are normally considered luxury goods and there is no tax relief on loans taken to buy them. But an EV buyer gets income tax exemption of up to Rs 1.5 lakh on the vehicle loan.

The above losses can hurt the exchequer if the incentives are continued indefinitely. There will be friction between the Centre and the States when incomes fall. And these tensions can worsen when the number of EVs rises.

It is considered the States’ responsibility to supply electricity. Their power distribution companies are by and large in poor health. Will they be able to supply power at the present rate to a growing number of EVs? Certainly, they will have to charge prices that are higher than the domestic rates and that can take much of the sheen off EVs. Already electric cars are costlier than their fossil-fuel-driven counterparts.

In another scenario, imagine a dozen electric cars being charged at the same time on a street. In most towns and villages the power supply system cannot bear such load. There will be frequent power disruptions, which means the State agencies will have to invest substantial sums of money on better infrastructure, including transformers. This problem, too, carries the seeds of Centre-State tensions.

Another matter that needs to be looked into is the potential unemployment of people working in the automobile servicing industry as the number of EVs on the road rises. There are tens of thousands of them, staff of service centres and roadside mechanics put together. Electric vehicles require less repair than fossil-fuel-driven ones.

No discussion on EVs is complete without recording the concerns of their consumers. The most crucial component of an electric car is its battery, and this is also the part that can worry the buyer the most. As of now warranty on batteries is mostly for eight years. If the battery stops working after that period, the buyer will be forced to change it at a cost which often amounts to half the price of the car. One can imagine the resale value of a used electric car. A car is the second costliest thing an average Indian spends money on after his/her house and it is often seen as an investment too. Laws need to be made to protect the interests of the buyer in the matter of warranty on and the price of the battery.

Besides there have been reports of EVs catching fire, raising fear and doubts among the public. The government should make adequate laws and enforce them to ensure build quality in the case of battery units and other electrical components.

Talking about batteries, any information about plans to produce them in India is rather sketchy. Dependence on any foreign source for batteries can lead to dangerous situations, for obvious reasons.

As important as production of batteries is their recycling. Already India has a huge problem with dead mobile phone batteries. They contain, among other metals, lithium, a costly natural resource that is not abundant in the country. Battery recycling should be considered seriously as a business proposition though it may not be very profitable in the beginning. Once EVs come, it will have a bright future.

Critique of Govt is not anti-national, supreme leader cares only for himself: ...