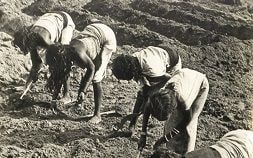 Kozhikode: The number of landless scheduled tribe (ST) families in Kerala is 8,295 as of November 2, 2022, according to the data maintained by Scheduled Tribes Development Department (STDD) under the state government. The number of ST families who have received land through the department from the year 2016 to the running fiscal 2022 is 6,537, STDD informed.

The number of people allocated with land during the Pinarayi Vijayan regime I is 5,011, and the ongoing second Pinarayi Vijayan government is 1,526. The data is of land allocated as per Forest Act, Vested Forest Land policy, and other lands purchased by the government.

Pertinently, it is a stark reality that after nearly 52 years of much touted land reforms in the state, 8,295 ST families remain landless. This number also reflects the peculiarity of ST community's landlessness. Because the government's LIFE housing project’s survey has identified nearly 3.41 lakh landless families. On the other hand, as per 2011 census, ST community constitutes 1.45% of Kerala population while the others are 98.55%. If the present data of landlessness is considered, then the percentage of ST families without land is around 2.43 %, while others without land are 97.57%. That suggests, the ST community is more affected by landlessness, though their population is less.

Meanwhile, a research article titled ‘Triple Exclusion of Dalits in Land Ownership in Kerala’ of Yadu, C. R., & Vijayasuryan, C. K. (2016) published in peer reviewed journal Social Change gives insights on Land Ownership across Social Groups in Kerala. According to that, land ownership is lowest in Scheduled Castes (SC) followed by ST. Notably, as per the data given by the state government to an unstarred question dated August 29, 2022 in Kerala Assembly the number of landless SC families is 32,135.

In a related development, the state government has been planning to tweak Kerala Land Reforms Act, 1963 so as to give a new momentum for the industrial sector. As per the recently released Kerala Industrial & Commercial Policy (Draft) 2022:

However, specifics regarding these two measures are still under deliberation. Some have concerns whether it will compromise the land rights of the underprivileged.