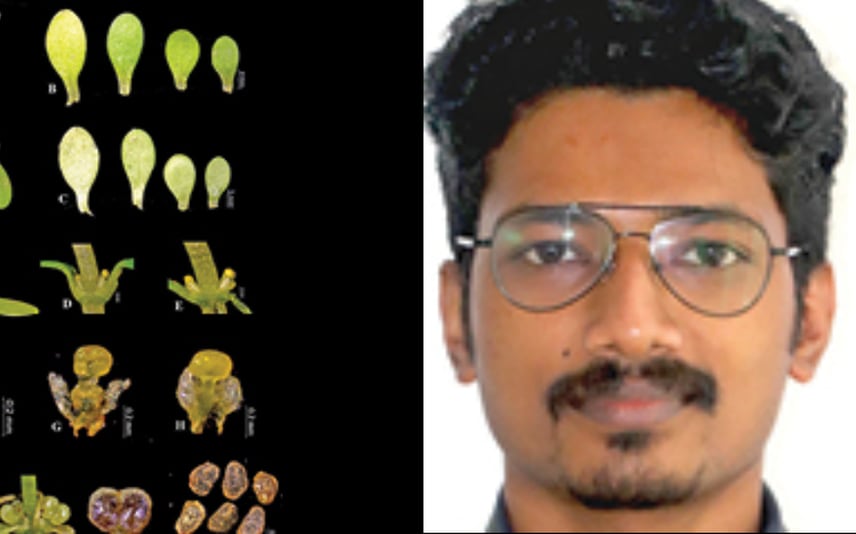 The coveted gold medal under the Indian National Science Academy is for the discovery of rarely spotted water starwort plant or Callitriche.

Mohan has been doing research on floristic diversity of Idukki district under Prof Santhosh Nampy, Department of Botany, Calicut University. Interestingly, this is also the first time that Professor Krishna Bilgrami Memorial Medal has been received by a researcher at Calicut University.

Callitriche had been found only in 11 spots in Asia. Among them seven spots were in India including Himalayan regions and Nilgiris. While Mohan discovered the plant from both Nilgiris and Idukki. The Idukki variety has been named as Callitriche Idukkiana.

Callitriche is a genus of predominately aquatic plants and belongs to Plantaginaceae, the plantain family. They look like little stars while floating on water surface.