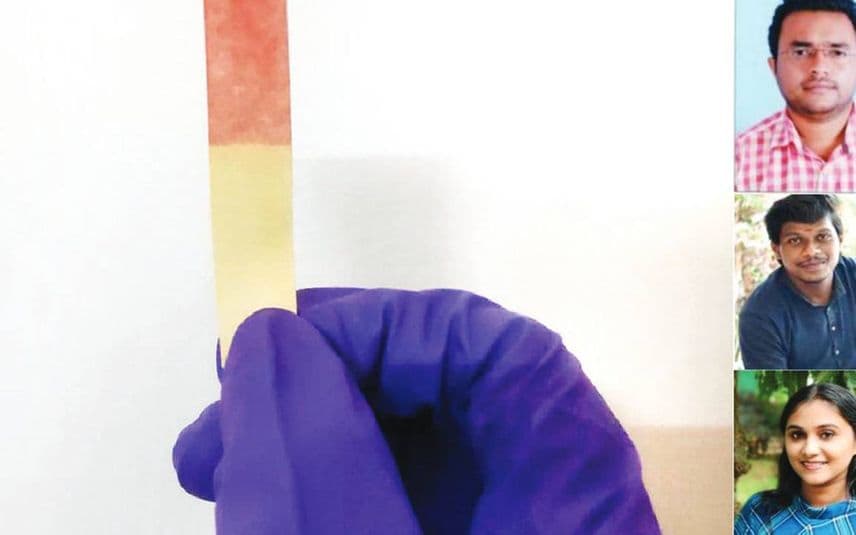 Periya: A self-operated litmus paper-like strip has been developed by researchers to identify the amount of sodium in the body. This can test the sodium levels from sweat or urine at homes without the need for machines or labs.

Curcumin-capped copper nanoparticles (CU-NPs), which are less than 10 nanometre in size, were printed onto the strips. The experiments could detect even small amounts of sodium, the researchers claimed.

The research paper is published on Scientific Reports, an online journal of the publishers of renowned magazine Nature.

Several hospitals and institutions have shown interest in the commercial production of the test strip.