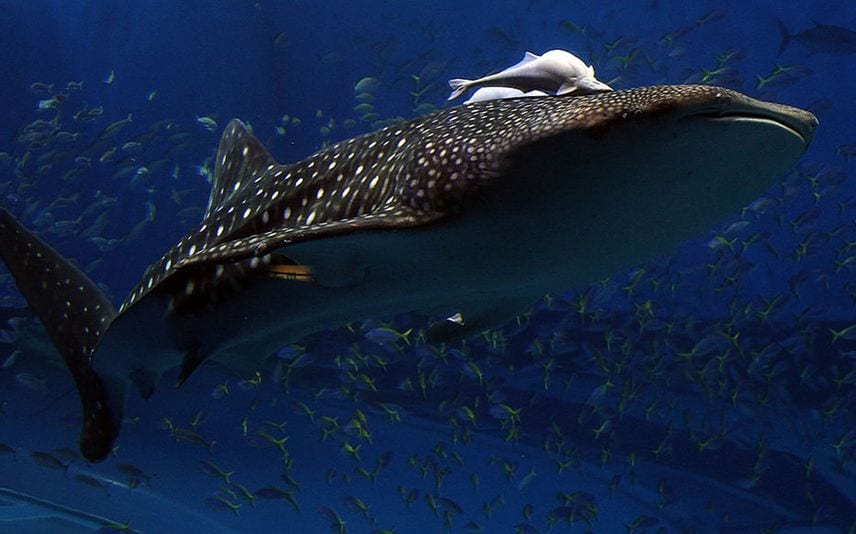 Washington: A new research led by scientists from the Smithsonian Tropical Research Institute, the Anderson Cabot Center for Ocean Life and the University of Panama revealed that the globe-trotter is the largest fish in the ocean that can be found basking in the coastal waters of the Panamanian Pacific.

There is more information known about the habits of whale shark Rhincodon typus. With the help of satellite tracking, a group of scientists found 30 of them in the region. The study also helps to discover the influencing factors that endangered change in species behaviour.

The findings of the study were published in the journal Frontiers in Marine Science.

The R. typus, like other large sharks, may take years or even decades to reach maturity and reproduce, making them vulnerable to population declines, especially when combined with human threats. For instance, they may be caught in fishing nets as bycatch or face the risk of vessel strikes when shipping lanes overlap with their feeding sites. Being able to understand and predict whale shark behavior is a necessary step for protecting the species.

The satellite monitoring of this species, led by STRI marine ecologist Hector Guzman, found that whale sharks feed mainly in coastal waters, seamounts and ridges of the Panamanian Pacific, where they can find an abundance of their favorite foods: small fish and plankton. They were also spotted swimming north and southbound along the coast, towards Mexico and Ecuador, and towards the open ocean to feed.

"This species requires clear regional planning," said Guzman. "Once the feeding and breeding aggregation areas are identified, some protection measures should be implemented. The newly announced marine protected area expansions across the region provide an interesting platform for large-scale conservation practices."

Although they used marine protected areas, the whale sharks also spent time in industrial fishing and vessel traffic zones, which could endanger them according to the new article published in Frontiers in Marine Science.

"The study shows how complex it is to protect whale sharks: tagged individuals visited 17 marine protected areas in 5 countries, but more than 77% of their time they were in areas without any protection," said Catalina Gomez, co-author of the study and marine ecologist at the University of Panama.

Thus, for highly migratory and endangered species such as the whale shark, conservation measures should go beyond the establishment of local marine protected areas.

"A periodic tagging program should continue for two main reasons: first, we still don't know where the species reproduces and tracking may lead us in the right direction," said Guzman. "Second, we know that they are moving across extensive areas. We have identified potential corridors or seaways, as well as aggregation areas, that require management attention and clear protection rules. Tracking will allow us to better identify those regional routes."

"Eddies are recognized as potential feeding areas for migratory species or food epicenters in the oceans, so they can swim in those areas for a long time while foraging and feeding," said Guzman. "However, eddies are dynamic systems and change constantly in speed or strength, size and location, even seasonally. These feeding areas are important for conservation, especially considering their dynamics and potential changes associated with climate change."

CSIR gets its first woman director general in Nallathamby Kalaiselvi